We’re getting into season three of Downton Abbey and I have to admit I’m feeling just a tiny bit let down by the story so far. After I heaped such high praise on the award-winning PBS series in a previous blog, why, I’ve wondered, do I feel this way? Part of it has to do with what every story needs to be a good story. What makes us care about the character? What makes the conflict meaningful? What makes the outcome really move us?

We’re getting into season three of Downton Abbey and I have to admit I’m feeling just a tiny bit let down by the story so far. After I heaped such high praise on the award-winning PBS series in a previous blog, why, I’ve wondered, do I feel this way? Part of it has to do with what every story needs to be a good story. What makes us care about the character? What makes the conflict meaningful? What makes the outcome really move us?

As Donald Miller writes in the beginning of A Million Miles in a Thousand Years, “if you watched a movie about a guy who wanted a Volvo and worked for years to get it, you wouldn’t cry at the end when he drove off the lot, testing the windshield wipers. You wouldn’t tell your friends you saw a beautiful movie or go home and put a record on and think about what you’d seen…you wouldn’t remember that movie a week later, except you’d feel robbed and want your money back.”

Not that the Crawley family has started working for Volvos. But in season three, the nature of the conflict changes. (In a good story a character wants something and has to overcome conflict to get it. The conflict keeps the level of tension up and keeps us drawn in with continual surprise and a sense of danger.) In seasons one and two we see Lord Grantham’s three daughters overcoming class prejudice, threats of terrible scandal, threats of marriage to a powerful but abusive man to find life partners who will love them well. We see everyone plunged into the conflict of World War I. Many, including William, die. Many more like Matthew Crawley, the heir, are terribly wounded. We see the horrific reality of trench warfare and men with rifles charging into mortars and machine gun fire. The stakes are so high—life and death, loving your family more than your reputation, marrying the one you truly love and who truly loves you, or settling for a life of privilege and position, empty of true love and happiness.

In season three Matthew and Mary are married, the war ends, life returns to normal, only some of the family members themselves begin to question the real meaning of lives lived in luxury. Yes, it employs a lot of people, but the questions lurks…what is the real value, the real meaning of dinner party after dinner party and fox hunt after fox hunt? The stakes of everyday life don’t seem as significant. The daily sacrifices for the war effort are no longer required. Mary busies herself with redecorating her sitting room. The nature of the conflict becomes a bit more Volvoesque.

In addition to the change in the nature of the conflict, we also see a change in the transformation process. When characters face their greatest fears and choose to engage with risk and courage, their character is transformed. In seasons one and two we’ve seen characters bury their pride and offer apologies and forgiveness, say no to sexual temptation, serve the wounded sacrificially, and charge into battle. We’ve seen them confront blindness and love the wrongfully convicted prisoner. Even O’Brian is humbled by her own sin and Cora’s loss of her baby. Much suffering has brought much transformation. Only the reprobate Thomas seems little changed by what he’s suffered.

Then in episode five Lady Sybil dies. The kindest soul, the one whose heart for service, meaningful work and marrying the family chauffer place her firmly on the moral high ground, beautiful Sybil loses her life in child birth as physicians and family members argue how to best care for her. This plot twist ramps up the tension and conflict between Robert and Cora and Mary and Matthew. A life has been lost and relationships are on the rocks so once again the stakes seem higher and more transformation is needed. In the wake of her death will the story recover its war-like intensity? I’ll be tuning in next week to find out.

The dynamics of story development in Downton Abbey challenge me to think about the kind of story I’m writing with my own life. Am I working for a Volvo? We want to avoid conflict, but, as we lean ito Jesus and overcome, it’s the very thing that transforms us and brings us joy. In Godsight I wrote about this challenge:

“What if we are God-chosen agents appointed to fight for our hearts and the hearts of others? What if we are called to abandon our “usual preoccupation with the petty concerns of daily life”? Take great risks? What if God wants to infuse his purpose into the “trivial and commonplace”—our errand list and our phone conversations? We can live our days, as John Eldredge describes it, "as if we have landed on the beaches of Normandy in the early hours of D-day, June 6, 1944, with a lawn chair and a book to read. We are that unprepared for our lives."

If I look to Jesus’ life and words what do I find? Jesus described his purpose in terms of conflict over high stakes marked by intensity and great risk—the very essence of war.
I have come…
“to testify to the truth. Everyone on the side of truth listens to me.” (John 18:37 NIV)
to bring conflict! Fire upon the earth! Not peace, but a sword, turning family members against one another. (Matt 10:34)
“to destroy the devil’s work.” (1 John 3:8 NIV)
to bring Life! Life to the full. (John 10:10)
“to preach good news to the poor.” (Isa. 61:1 NIV)
to proclaim freedom for prisoners and sight for the blind. (Luke 4:18)
“to release the oppressed.” (Luke 4:18 NIV)
“to seek and to save what was lost.” (Luke 19:10 NIV)

Jesus came to take sides and light fires, to fight for the hearts and lives of people who need him. To show us, in the bright fires of conflict, what a breathtaking treasure he is.”

When we engage life as a very real conflict where the stakes are very high and the need and potential for transformation are great, as we endure extreme pain, loss, and no visible results—whatever it takes—we can write a much more meaningful story with our lives. 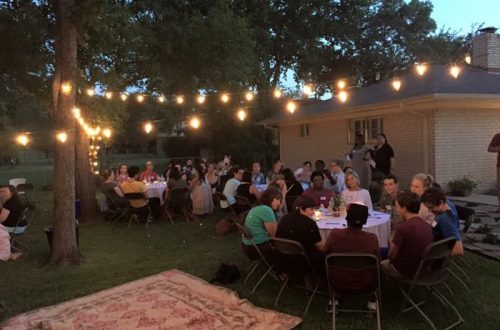 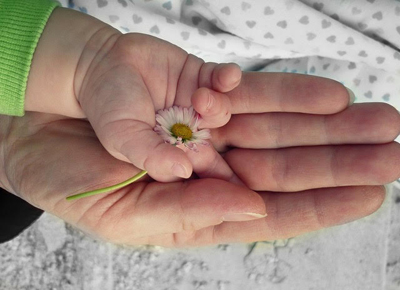