A few Father’s days ago I gave my husband the book Bonhoeffer, Pastor, Martyr, Prophet, Spy by Eric Metaxas. It seemed an appropriate gift as my husband’s grandfather was also a German Lutheran pastor the generation before Bonhoeffer. Neither of us realized the impact this book would have on us.

A few Father’s days ago I gave my husband the book Bonhoeffer, Pastor, Martyr, Prophet, Spy by Eric Metaxas. It seemed an appropriate gift as my husband’s grandfather was also a German Lutheran pastor the generation before Bonhoeffer. Neither of us realized the impact this book would have on us.

This book is a very good read, but even more so was listening to the audio version downloaded from itunes. The reader had incredible skill in imitating the German and English accents that made Metaxas’s writing come alive audibly.

Metaxas’s biography weaves together an understanding of Bonhoeffer’s theology, the complex and tragic history of 20th century Germany and the incredible moral courage of a young pastor in the face of monstrous evil. A true Christian hero, Dietrich Bonhoeffer (1906-1945) was born in Breslau, Germany. The son of a famous German psychiatrist, one of eight children, he studied in theology Berlin and New York City.

He left the safety of America to return to Germany in 1939 and continue the struggle against the Nazis and the persecution of the Jewish people, which led to his arrest in 1943. What would cause a pacifist to become a part of an assassination plot?

Dietrich Bonhoeffer is known best for his writings- Life Together, the inspiring account of the unique fellowship in an underground seminary during the Nazi years, and Cost of Discipleship, a compelling account of the demands of sacrifice and ethical consistency articulated by Bonhoeffer’s very life.

“It is part of the discipline of humility that we must not spare our hand where it can perform a service and we do not assume that our schedule is our own to manage, but allow it to be arranged by God.”

Bonhoeffer had a keen understanding of the place of community balanced with solitude in the Presence of Christ – something we desperately need modeling of in our frenetic paced culture that often breeds a dangerous soul isolation.

"Let him who cannot be alone beware of community. Let him who is not in community beware of being alone. One who wants fellowship without solitude plunges into the void of words and feelings, and the one who seeks solitude without fellowship perishes in the abyss of vanity, self-infatuation, and despair." (Life Together)

What he wrote about was lived out to the very last moment of his life. Linked to a group of conspirators whose attempted assassination attempt of Hitler failed, he was hanged in Flossenburg Prison, April 9, 1945, two weeks before the Germans surrendered and the war was over.

An English gentleman, also imprisoned in Flossenburg, but who lived wrote this of Bonhoeffer’s last moments. “They came for him. We bade him goodbye – he drew me aside – ‘this is the end,’ he said, ‘ For me it is the beginning of life.’ ” The prison doctor who observed Bonhoeffer kneeling to pray in his cell moments before they came for him said years later that he had hardly ever seen a man die so entirely submissive to the will of God (Bonhoeffer, p 528, 532).

It is almost impossible to comprehend the deep loss and sadness felt by the Bonhoeffer family who lost 2 sons and a son-in-law to the Nazi terror. Bonhoeffer’s fiancee who visited him in prison during the first two years and his parents did not have confirmation of Dietrich’s death until they heard it on the BBC’s broadcast from London of the Memorial Service at Holy Trinity Brompton July 27.

In his life and in his death Bonhoeffer very simply followed Christ into all that it cost him. He wrote,

“When we are called to follow Christ we are summoned to an exclusive attachment to his person…if we lose our lives in his service and carry our cross, we shall find our lives again in the fellowship of the cross with Christ. ” (Cost of Discipleship)

This gives me a lot to think about. Where does Bonhoeffer's life and commitment  speak to me? I am grateful for this modern day example and consider Metaxas's book a must read on many levels. 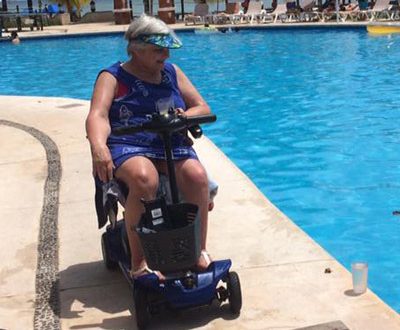 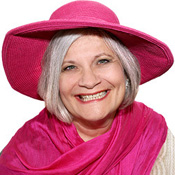 Why I Am “The Lady In the Hat” 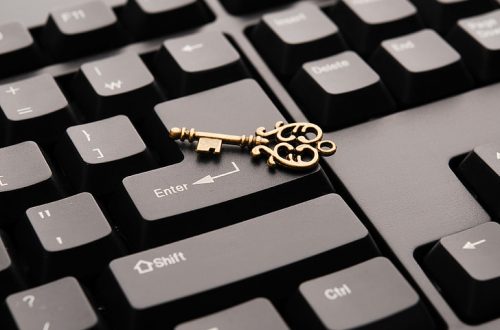