What works is a desperate question. Or it often is. It can be a legitimate question, of course, the valid inquiry of a leader who seeks new ideas to meet challenging needs.

But often it is the question of a desperate leader who has tried everything he knows to do and he’s run out of ideas but not out of needs. What he’s run out of is leadership. He doesn’t know what to do, but he has to do something. So he asks, his friends, “What works?” He goes to conferences asking, “What works? He reads books and watches videos and listens to podcasts asking what works? Finally he settles on something because he has to. Frequently it’s a copycat effort, taking a great idea from one place—a very successful place—and importing it into his place. That doesn’t work.

Of course it doesn’t work. How could it?It was designed to meet a specific need in a specific place that is radically different from where our leader serves. Often he doesn’t take these realities into account because he’s too unaware or too afraid or too ambitious or too lazy to consider anything other than that great idea that works.

Unless the leader asks the question that comes before what works he will never discover anything that can make a difference in his ministry. He will run from one idea to another until his followers become worn out by his constant changes and rebel against him or force him out or resign en masse. That doesn’t work!

So what is the question that must be asked before what works? Who works? Who is the One who works through that unbroken leader to free him from pursuing broken leadership? The desperate leader who asks what works and goes on a mindless search for a solution to a need he hasn’t prayed and thought through is an unbroken leader pursuing broken leadership. Jesus is never desperate. Nor is He ever ambitious or self-seeking or threatened or inferior. He is Jesus, Lord of all. He doesn’t have to look for what works because He’s the One who works His sovereign way on behalf of all leaders who seek Him rather than success. The very thing that leader most strives to avoid is the very thing that leader most needs to face: failure, an encounter with death dealing failure that will bring him to the brokenness of the resurrection he needs to deliver him from broken leadership to whole leadership. 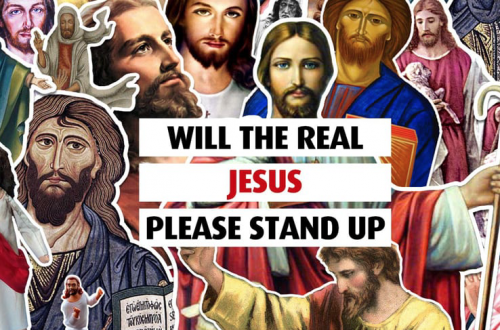 Would the Real Jesus Please be Lifted Up!

Authentic Relationships: Confessing Your Sins to and Being of the Same Mind Toward One Another