"And hath made of one blood all nations of men for to dwell on all the face of the earth, and hath determined the times before appointed, and the bounds of their habitation;" Acts 17:26 (KJV).

"And hath made of one blood all nations of men for to dwell on all the face of the earth, and hath determined the times before appointed, and the bounds of their habitation;" Acts 17:26 (KJV).

Anthropology is the study of humankind. As with so many other sciences, a great gulf exists between the approaches taken by those who believe in Evolution compared with those who believe in biblical Creation. Before we even begin to consider interpretations of the evidence, a more basic question deserves consideration. What is the objective of our study? Are only trying to discover how people lived in the past, or are we trying to build a case for our belief? Are we curious or have we already made up our minds and we merely seek to prove – or at least reconcile – our beliefs with the evidence at hand?

Evolution considers modern humans (homo-sapiens) to be the surviving branch of a group of hominids including descended from some common ancestor. At one time it was believed the other races, such as Neanderthal and Cro-Magnon, were pre-human forms descended from apes. Most serious Evolutionists today have abandoned this simplified view. Instead, Evolutionists generally agree that apes and pre-human races all descend from some common ancestor and not directly from one to the next. This paradigm shift in Evolutionary theory is required by the insurmountable problems with the traditional view. Rather than abandon Evolution as a faulty scientific theory, Evolutionists cling to their faith in naturalism by constantly changing the theory. In a sense this is perfectly legitimate science, but in another sense it is foolish to continue calling it the same thing when the theory has undergone such major overhaul over the years.

At the intersection of paleontology and anthropology we find ourselves digging up bones and trying to make sense of them. Much has been made of a relatively small pool of fossilized humans. Various names have been given to them such as Neanderthal, Cro-Magnon, and a range of homo-erectus family generally called "early man." There are certain distinctions, but they are all within the range of modern human norms. The distinctions vary, but in each case they are superficial and easily explained by Creationists. In each case where a definite age is assigned to such remains, the age is arrived at by arbitrary means or, in the case of radiological dating, on the basis of assumptions previously shown to be doubtful.

Most modern museums are little more than temples dedicated to the worship of Evolution. Models fashioned for display are designed to convince the general public that these early people were a brutish lot with long arms and flat foreheads. Never mind that there’s really nothing odd at all about most bones from these people. Some do show evidence of disease, perhaps rickets or arthritis, but nothing so odd as gorilla arms or strangely shaped chests like those portrayed in typical museum displays. The biblical account offers the clue that many of those who lived before the great flood reached ages of several hundred years. Since no one today lives that long it is difficult to say with any great accuracy how great age would affect bone structure, but computer modeling suggests it would cause a certain amount of compression in parts of the skull including the jaw, face, and forehead. Neanderthal and Cro-Magnon are more likely to be remains of otherwise normal pre-deluvian elderly people.

Fossil remains of early humans, like many other creatures, are often found relatively close together. This suggests those early people lived in groups much the way we organize ourselves today into cities and towns. Perhaps the elderly or those with some disease lived in their own communities just as they do today.

Racism is the word we use to describe the ugly way people of one skin color act toward another. Slavery is an ancient institution. There were basically two types of slaves in the ancient world. There were those who willingly became servants, usually for a fixed period, much like contract employees for businesses today. Those captured in battle were often forced to serve as slaves. While there were class and sometimes cultural differences between slave and owner, the concept of "race" being a criteria for slavery is a relatively modern idea. European and American slavery of the 17th to 19th centuries was based on a form of trade. Rather than going to war for captives, the slavers traded goods to African tribal chiefs who sold out their own people for material riches. In a relatively short time people in the western world began to think of dark skin as a sign of slavery and light skin as a sign of freedom. Since the new slaves could not speak the European languages and had few skills deemed valuable by the Europeans, the black people were thought of as inferior by the average white person. An incredible evil spread across the earth as a result of this color-based class system.

Darwin attributed what he perceived to be racial differences – in fact racial superiority – to different stages of evolutionary development. The Africans brought to the New World as slaves were held in low esteem by their European masters long before Darwin’s began writing. We cannot blame slavery on Darwin. We can, however, see how racism was fueled by Darwinism. As long as men have walked the earth there have been those who felt superior and others made to feel inferior. What Darwin did provide was an enlightened scientific rationale for superiority based on genetic qualities. Darwin gave new life to racism in a world where slavery was being extinguished by people of faith on both sides of the Atlantic. The notion of racial superiority by virtue of being the most advanced in evolutionary development drove the horrors of eugenics experiments in America and Europe in the early twentieth century culminating in Hitler’s Aryan Race and the efforts to exterminate what he perceived to be inferior races. In the name of purification and advancement of the most superior humans, Hitler assigned the label of race to all sorts of nationalities, cultures and most infamously to Jews. Euthanasia, abortion, and other forms of genetic engineering are among the forms of eugenics practiced by the famous and infamous alike.

Skin color is a function of melanin. Skin color does not indicate nor cause any certain level of intelligence or evolutionary development. Skin color is one of several superficial forms of genetic diversity. The extra fat around the eyes of Oriental people, the hairy arms of the northern Europeans, and the strong foreheads of Aborigines are all the result of limiting the gene pool with time and distance. Mendel’s genetic theory of dominant and recessive genes provides an eloquent and scientifically well established explanation as to why people from different places look different. Ancient people groups became geographically isolated. As a result they produced qualities associated with their region. What does not make sense is to suggest the groups gained genetic information at different rates so that some, like white Europeans, were the most advanced while others, like Aborigines, failed to evolve as quickly. Quite the opposite is true. Characteristics like a limited range of skin color, eye color, or hair are the result of information loss associated with geographical isolation.

Regardless of skin color or culture, human is human. DNA evidence suggests all humans alive today can be traced to just a few and most likely one genetic Eve. Race, then, is a distinction which came some time later. Evolution suggests adaptation by natural selection. Natural selection has some merit when it comes to explaining characteristics associated with a geographical region or other environmental factors. The proper context for natural selection is reduction of genetic information by limited the pool of dominant or recessive genes. Natural selection does not explain formation of new genetic qualities to cope with new circumstances. There is no difference in the amount of genetic information between people of different races, only superficial differences in the diversity of content.

The bible indicates there were just eight people on the ark who repopulated the earth after the flood. The bible indicates they eventually spread out in different directions. Different climate, diet and other factors are known to cause superficial changes over several generations. Inbreeding within a group over a period of time also tends to reduce genetic variety and accentuate some traits over others, such as hair color, eye color or nose shape. The same concept applies to developing various breeds of other creatures like dogs, cats, cattle, and so forth. Often more variety of breeds are found in domestic animal species than in wild animals. Animal husbandry practiced by humans exercising dominion over domestic animals is the most likely reason. Evolution suggests a spectrum of breeds should exist of all animal species, even blurring to the point of eliminating barriers between species. Once again we find the predictions of the Creation model more accurately fit what we observe than do the predictions of the Evolution model. 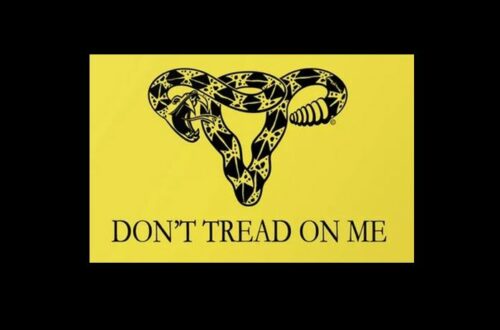 A Christian Conservative Goes to College, part 7 (Critical Thinking and the Abortion Debate) 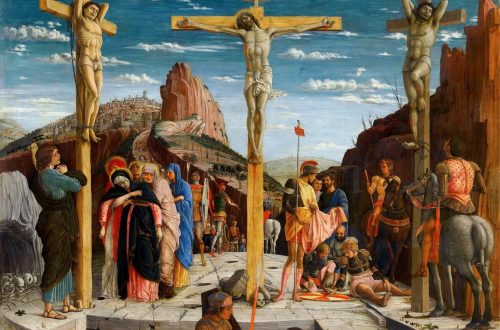 Part IV: The Lord of the Scroll – The Death of the King