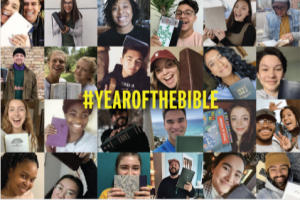 The story of King Josiah is nestled in the overlooked chronicles of Israel’s rulers. In the 18th year of Josiah’s reign the King decreed a simple rehabilitation project of the temple grounds that turned into a sweeping overhaul of Israel’s religious practices and worldview.  During the construction, they happened upon a forgotten scroll. The law of the Lord.  2 Kings 22:8 tells us that the Israelites, “found the scroll of the law in the Lord’s temple.” The Law was the foundational word of God that connected the people to the God of the Covenant. It was held in such high esteem. Children would be instructed in the law, memorizing it from a young age. The Adults wore phylacteries, or tiny satchels, on their forearms and foreheads containing parts of the Torah. This served as a reminder of the preeminence of the Law in their lives. (Deuteronomy 6:6-9). Yet, somehow, we find that the Law had been discarded, tossed aside, aging, and neglected, and in the temple of all places!  How could the Israelites fall so far? How did God’s people become disconnected from the Word of God- from literally binding it to their foreheads to somehow losing the Law in the temple! But before we wag our fingers at the Israelites, let’s take a step back and analyze our present-day situation. While most of us don’t have a pagan Asherah pole, far too often we are found bowing before our modern-day idols.The people of God seem to sway so easily.   In 2019 the American Bible Society in conjunction with the Barna Group reported that only 5% of American adults considered themselves to be Bible-centered (regular bible usage and church attendance). According to ABS, 98 million Americans hold a positive view of Scripture but are not engaged in it. (click here) If our country could relate to any story in the Bible, I believe the assessment by ABS points us to the Israelite’s during King Josiah’s reign. The tenants of the faith remain, religious discourse and tradition persevere yet  we have become complacent, hindering the transformative nature of the  Word of God.  When King Josiah was confronted by the lack of concern for the law. He took action. The King cast out the pagan idols and declared to keep the commandments of the Lord with all of his heart and soul. They gathered together male and female, young and old and the Law was read out loud among the people. Scripture tells us that Israel responded, “and all the people took a stand for the covenant.” (2 Kings 23:3)   This solemn assembly is what global faith leaders had in mind when they set out to name 2020 as the “Year of the Bible.” The president of Pulse and The Table Coalition, Nick Hall, reminds us that the time is now for us to uncover the Word of God in the temple of God. He says, “The story of Josiah in 2 Kings offers a blueprint for what we pray will happen in 2020. When things were at their worst, the Book of the Law was rediscovered, and the Nation was changed.  The change didn’t come from an eloquent speech but by the public reading of Scripture. From the least to the greatest, an entire nation recommitted itself to God on a single day.”  With the blueprints of the Josiah revival in hand, the Year of the Bible launched globally in January. Since then, dozens of national ministries, thousands of churches, and partnerships in over 187 countries have sought to make 2020 the year of return, the year of repentance, the Year of the Bible!   When the Pulse Movement and the American Bible society first sat down to dream about the impact of a bible revival they had no clue that Covid-19 would bring a devastating halt to our normal lives. While many of us were taken aback by the power punch that came with 2020, God was not!  Truly what Satan meant for evil God is using for our good;  we have seen an unprecedented boost in global usage of Bible resources and streaming services. Bible engagement has been tracked via several global platforms and in January, 4.8 million people were engaged on these platforms. This number has more than doubled as 10.4 million people are engaging on these very platforms!  And the good news doesn’t stop there. The uniqueness of social distancing prompted Pulse and 40 other global leaders to host a leader check-in that has been viewed by 1 million people from across the globe. Continued partnerships enabled Pulse to host a Bible revival, Good Friday service that was viewed by 1.2 million people in over 100 countries yielding 100,000 responses worldwide!  God is moving in a mighty way. Just as he reconciled the Israelites to himself after a period of wandering, we find him calling those who hunger and thirst for righteousness from the shadows into the light.  Imagine the priest reading aloud the Law in Josiah’s time, with every face intently looking on, some of them hearing the Word of God for the very first time. There had to be a palpable lament rising from that crowd.  The Israelites had wandered so far from their source.  But even more so, can you imagine the joy they felt as God’s living Word sprung forth living waters in their souls? History has repeated itself and the people of God once again need a Josiah Revival to push past the status quo and reconnect with the Word. Meanwhile, the unbeliever is being drawn to the Lord anew. This Year of the Bible certainly doesn’t look like what we imagined but I have an inkling that God has something greater in store. God is unearthing the lost Word and broadcasting it to lost souls as we struggle through an unprecedented time. Will you join us as we fix our eyes again on our source? Stand with us as we commit to making 2020 our Year of the Bible.  For more information on the Year of the Bible and how to get involved visit yearofthebible.com/your-year www.thetablecoalition.org www.pulsemovement.com Post Views: 528

Copy and paste this URL into your WordPress site to embed

Copy and paste this code into your site to embed