There are dozens of prophets mentioned in the Old Testament. Some are credited with writing whole books. Moses was the first and greatest of the Old Testament prophets. He is credited with writing (or at least compiling) the first five books of the bible and probably the book of Job. Other great prophets like Elijah, Elisha, and Nathan did not contribute directly to the text of scripture, but were instead subjects of scripture. The period known as the “period of the prophets” was between the times of Solomon and Alexander even though God has used prophets before and since. This period is called the period of the prophets because this is when the books of the Major and Minor Prophets were written.

There are dozens of prophets mentioned in the Old Testament. Some are credited with writing whole books. Moses was the first and greatest of the Old Testament prophets. He is credited with writing (or at least compiling) the first five books of the bible and probably the book of Job. Other great prophets like Elijah, Elisha, and Nathan did not contribute directly to the text of scripture, but were instead subjects of scripture. The period known as the “period of the prophets” was between the times of Solomon and Alexander even though God has used prophets before and since. This period is called the period of the prophets because this is when the books of the Major and Minor Prophets were written.

In the long history of ancient Israel, prophets rose up at various times for various purposes. Some prophets tell us almost nothing about themselves while others give God’s message through the telling of their personal stories. In general, the prophet’s job was to convey messages from God. In most cases the messages were not popular. Of course, neither were the messengers. The prophets often pointed out wrong behavior and called on their audience to repent or face trouble.

The most astounding thing about biblical prophecy is its degree of detail and accuracy. For the believer, though, this is expected. The next most astounding thing is the timelessness of prophetic messages. After you peel away the specific predictions, what you are left with is the revelation of God’s character. We learn of the intensity of God’s love, the purity of God’s goodness, the certainty of God’s justice, and the lovingness of God’s merciful forgiveness. We must come to grips with God’s demand for moral behavior in connection with authentic faith. The message of Jesus was no different – repent and be saved, believe and obey, love and sin no more. Contemporary Christianity often leaves us with the impression that the Old Testament God was like an angry, temperamental, vengeful, precocious old man. A thoughtful and honest search of the Old Testament instead reveals a God of justice and love with who offers wrath for sin and forgiveness for faith. Jesus Christ preached the same message and revealed perfectly this same character.

Like it or not, no serious student of scripture can avoid prophecy for long. Christianity in general is often shy when it comes to prophesy, except of course when it comes to certain popular passages that identify Jesus Christ. This shyness is generally because of the controversy raised by the span of opinions and interpretations related to end time events. The last book in the New Testament and probably the last text ever written to be included in the bible is the book of Revelation. This is the only book in the New Testament classified as prophecy. It is revered, studied, and debated more hotly than almost any other text in scripture. It is ignored by some Christians while it is an obsession for others. As with any other biblical text, it does not stand alone. John’s visions were consistent with visions recorded by many Old Testament prophets. One cannot begin to approach Revelation with any hope of understanding it without considering the breadth and depth of Old Testament prophecy.

The book of Daniel was considered a “writing” rather than a “prophet” book by ancient Jews. To this day the Jewish bible groups the book of Daniel with other “writings” like Psalms, Proverbs, Chronicles, and Job instead of with the “prophets” like Samuel, Kings, Isaiah, Jeremiah, and Kings. Standard Christian bibles offer a different arrangement, yet Daniel is not considered either a Major or Minor Prophet. Still, Daniel is the most often referenced resource when it comes to interpreting Revelation. Unfortunately, many go no further than Daniel to support their interpretations of Revelation.

Certain prophets are called “Major” and certain others are called “Minor.” This has nothing to do with the prophets or the prophecies, but rather with the length of their writings. Jeremiah, Isaiah, and Ezekiel are called Major Prophets because their writings were each lengthy. In ancient times, each book would be written on its own scroll. A group of twelve shorter prophetic books, known as the Minor Prophets, were grouped together and commonly shared one scroll. This grouping was maintained in the Christian era. The Minor Prophets are grouped at the end of the Old Testament in any standard modern Christian bible.

My own interest in prophecy sprang from a desire to obey 1 Peter 3:15 – “but in your hearts honor Christ the Lord as holy, always being prepared to make a defense to anyone who asks you for a reason for the hope that is in you; yet do it with gentleness and respect,” (ESV). First, I found myself confronted with the requirement to be able to defend my reasoning for hope. Second, I saw all around me a general lack of gentleness and respect among those who are sometimes almost militant in their defense of interpretations which to me seem tenuous at best. And so, it is with humility toward the scholars and a love of God and His divinely inspired gift of scripture, that I set out to prepare to defend my faith. This quest has taken me in many and often unexpected directions. For example, the subject of Creation has become very important to me. When my faith in the accuracy of the opening chapters of Genesis was solidified, so too was my faith in our Lord’s promise to return. My understanding is not required, but my faith is. And that is something we must all come to grips with. This does not mean blind faith – faith must be well reasoned or it is no more substantial than any other vague notion. Rather, we need not understand the particulars of how God’s creation works to believe it is God’s creation instead of being the product of chance and time.

Hope is a word that describes the point or purpose of salvation and faith. Faith sees what God has done and accepts God’s words. Love expresses and brings God’s word to life. Hope gives our faith and love a purpose. Why would you want to be saved? If you witness to others, why would they want to be saved? Faith without reason is pointless and stupid. Hope must be based on an abiding faith in something or it is shallow and easily broken. Love binds faith and hope by expressing the nature of our faith and hope.

The book of Revelation, though parts are difficult at best to comprehend, does offer a glimpse of the ultimate fulfillment of our hope – life in a joyful place without sin, sadness, or death where creation lives in harmony with the Creator. This utopian ideal has driven many false prophets, from Karl Marx to Jim Jones, to try to remake the world according to their own notion of utopia. The Lord has prepared for believers a place far better than any worldly utopia. It is essential that to avoid falling for the snares of false prophets, we must heed the command of 1 Pe 3:15 and prepare our minds. This requires serious study of God’s word with devotion to God as Author and Creator.

It was a profound blessing to me when I discovered the incredible correlation between Revelation and the whole of the Old Testament. Daniel plays an important role when it comes to learning about the object of our hope, but so do other prophets. The Major and Minor Prophets contain profound and important passages related to end times and our ultimate hope.

Many great theologians have written excellent volumes exploring the Major Prophets. Few have taken a comprehensive look at the Minor Prophets. It is to that end I have been called to devote time and effort to study and share what the Lord has revealed to me. In the posts to come we will take a systematic approach to each of the twelve Minor Prophets. We will look at their grand themes as well as details of their messages. We will consider both the immediate implications for fulfillment in the time and context of the prophet as well as the messianic (time of Jesus) and eschatology (end times) fulfillments. 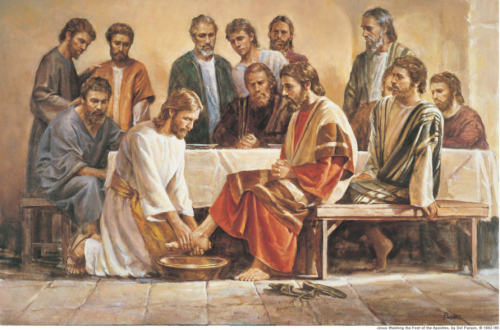