In his 1941 State of the Union address, President Franklin D. Roosevelt attempted to unite the American people to a common cause. Though Pearl Harbor was still a year away, the war was already raging in Europe and Asia. England was on the verge of collapse. Pres. Roosevelt, faced with an isolationist-leaning America and the looming prospect of a second world war, set forth a vision that would inspire citizens to brave the sacrifices and perils he foresaw in the war against fascism. His vision consisted of four universal human rights:

In his 1941 State of the Union address, President Franklin D. Roosevelt attempted to unite the American people to a common cause. Though Pearl Harbor was still a year away, the war was already raging in Europe and Asia. England was on the verge of collapse. Pres. Roosevelt, faced with an isolationist-leaning America and the looming prospect of a second world war, set forth a vision that would inspire citizens to brave the sacrifices and perils he foresaw in the war against fascism. His vision consisted of four universal human rights:

freedom of speech, freedom to worship, freedom from fear, and freedom from want. He saw these values as America’s heritage, now threatened and needing to be defended.

The government launched an effort to communicate the Four Freedoms. Artists, photographers, and writers were enlisted to the cause, but 18 months later the American public had little knowledge of the Freedoms, and no more than two per cent could identify them correctly.

During the summer of 1942, Norman Rockwell was considering his contribution to the war effort. In the middle of the night, an idea came to him. He would create four posters, each painting expressing one of the Freedoms.

With sketches in hand, he went to Washington DC where he was rebuffed by a man at the Office of War Information (OWI): “The last war you illustrators did the posters,” he said. “This war we’re going to use fine arts men, real artists.” When Ben Hibbs of The Saturday Evening Post heard this, he immediately asked Rockwell to create the Freedoms for the Post.

The Journal of American History reports that when they were seen by OWI, “Rockwell’s Four Freedoms were chosen over the objection of liberal intellectuals who lobbied for artist Ben Shahn’s paintings of Nazi brutality.” Shahn himself reacted negatively to Rockwell’s work and said he “objected to treating the American people ‘as if they were twelve years old.’”

The reception of Rockwell’s paintings was overwhelming. “The Four Freedoms were launched on a nationwide tour in April 1943, during which over 1.2 million people viewed them and $132 million worth of war bonds were sold. Four million posters were printed during the war; with subsequent publications, The Four Freedoms are among the most reproduced works of all time. The New Yorker reported in 1945 that The Four Freedoms “were received by the public with more enthusiasm, perhaps, that any other paintings in the history of American art.” Freedom of Worship is said to have been Rockwell’s favorite, but also the most difficult to paint.

(From Faith and Culture: A Guide to a Culture Shaped by Faith by Kelly Monroe Kullberg and Lael Arrington, “Norman Rockwell” by David and Kelly Kullberg)

On this 4th of July holiday I’ve enjoyed revisiting Rockwell’s paintings of The Four Freedoms. Freedom from Fear deeply resonates as America’s financial security seems more fragile and our enemies more unpredictably hostile than at any time in my life. Two parents tuck their children into bed. The children are blissfully unaware of the ominous headline of the newspaper the father is holding. What a blessing to grow up in the most powerful country in the world, in the history of the world.

I’ve been reading 2 Kings lately. Towards the end of its existence in the land Israel saw one king after another betrayed and violently dispatched. Few died a natural death. The king’s army was reduced to 10 chariots and 50 horsemen, a far cry from the armies of David’s and Solomon’s times. King Hazael of Syria and Ben Hadad after him ravaged Israel’s towns and cities, ripping up pregnant women and dashing infants’ heads against the rocks.

I can’t imagine living with the fear of that kind of attack. And so much of the world has. For so long. You could say, as Roosevelt did, that freedom from that kind of fear is our heritage. You could also say we have lived in a bubble. Enjoying the providential protection of God and ascribing it to our financial acumen and military prowess. Ben Laden poked a hole in our bubble. A good reminder that freedom from fear is not our right, but a precious, fragile gift of God. Something to thank him for this weekend.

Rockwell’s favorite painting, Freedom of Worship, shows a symphony of prayer, young and old, black and white, Catholic, Mid Eastern, your Grandma’s look alike. Across the top is inscribed, “Each According the Dictates of His Own Conscience.” I marvel that we enjoy that kind of freedom, again, so unique in all the world and in history. Something else to be thankful for.

I marvel that God gives us real choices. With that much power would I be so patient? Would I force the outcomes I desire? Again and again God offers us such terrific freedom to draw close or push him away. And I love him for that. 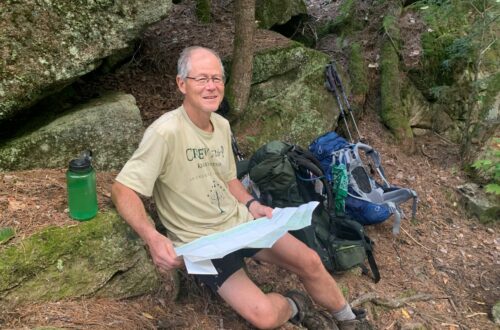 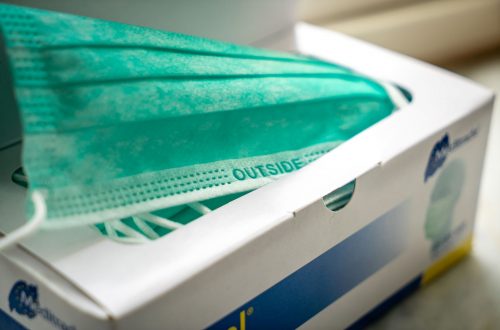 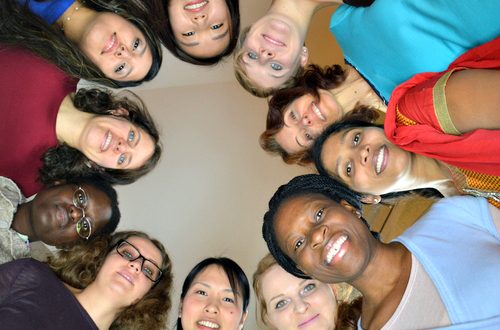