Two summers ago I joined a group on a Journeys of Paul tour because I needed to do some research in Ephesus. One morning as we crossed the Aegean sailing from Patmos to Corinth, my confused body-clock woke me just before sunrise.

Two summers ago I joined a group on a Journeys of Paul tour because I needed to do some research in Ephesus. One morning as we crossed the Aegean sailing from Patmos to Corinth, my confused body-clock woke me just before sunrise.

I wandered up to the main deck just in time to catch the pre-dawn sky awash in pinks, yellows, and blues over indigo waters. Bible in hand, I pulled up a lawn chair.

Our group had just seen Patmos and visited the cave where tradition says John received his revelation from Jesus. So I opened the biblical text and re-read Revelation 1.  I had only one hand free for holding my breeze-blown Bible, though, because once the sun peeked over the horizon, I had to shield my eyes. I was squinting and turning away from its piercing rays when my eyes fell on these words: “His face shone like the sun shining at full strength” (1:16).

Have you ever looked directly into the sun at full strength? If you have, you looked away quickly, didn’t you? Human eyes cannot endure it without searing pain. And the discomfort I felt that morning brought me face to face with the Jesus found in Revelation 1.
Jesus is glorious. Imagine John in a dark cave when suddenly Jesus appeared. John would have covered his eyes, too. And he tells his readers what came next—he fell at Jesus’ feet. It’s as if John was so overcome that he passed out—“as if dead.” He recognized his unworthiness in the face of His Lord’s glory.
If the John of Revelation is the same John who accompanied Jesus during His earthly ministry, and many believe he is, he had seen this glory once before. Matthew records what Peter, James, and John witnessed as Jesus was transfigured before them: His face shining like the sun (Mark 17:2).
And this time not only did John fall as if dead, he trembled. We know this because of the next thing Jesus told him: “Do not be afraid”—the same words the angels spoke to quaking shepherds: “Fear not!” (Matt. 2:10). And this glory and encouragement were followed by a pronouncement from the Son of God about who He is: The Alpha and Omega. The one who rose from the dead.
Jesus is risen. In Revelation 4 we find Almighty God described as the one “who was and is and is to come”—past, present, and future. Yet in Revelation 1, we find a slightly different description of the Son. There Jesus speaks of Himself first as the one who is, then who was, and finally “who is coming.” Why would He change the order?

Reading on we find that Jesus emphasizes that He is “the one who lives” and who “was dead but who lives.” And not only that, He “was dead” but is “alive forever and ever!” (1:18). All members of the Trinity have existed from eternity past. All are in the here-and-now. And all will exist forever. Yet the emphasis changes when the Son describes Himself: Jesus is because He is risen! A dead person “is” no longer. But Jesus is and was and is coming. Additionally, as the risen One, He “holds the key of death and of Hades.” The One who conquered death is master of it all. Everyone must ultimately die, but we worship the is-One, who conquered death.
Jesus loves the church. And what is the desire of this glorious, risen Lord? In Revelation 1 we find Him walking among the churches—not marble or wooden or concrete structures, but people redeemed and gathered in His name. And speaking about the seven assemblies, Jesus tells John that he “holds them.” The churches belong to Jesus’ care and His control. He speaks to them because He cares about their welfare.
A major concern of Jesus Christ is the church, His bride. He wants her to emerge spotless when she is presented to Him. So He commends her and challenges her and rebukes her so that she might be all He made her to be.  Two thousand years later Jesus’ concern for the church remains. “We” are “her.”
That Rev-1 check-up brought discomfort–but in a good way. I had to ask myself some tough questions… Are you constantly critical of her, or do you love the church for whom Christ died? Do you believe He has all power over death—and in every lesser circumstance of your life? Does your worship reflect the reality that you follow a blindlingly overpoweringly glorious, risen-again Lord?
What about you?
0
Post Views: 0 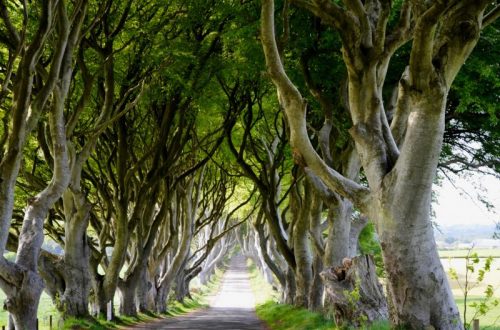 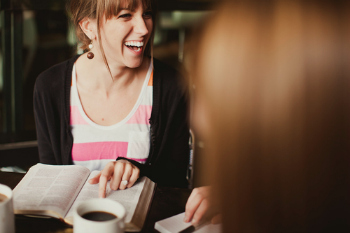