As a young girl, I knew nothing of the story of this song when I sang it in church. And the songwriter, at the time of writing, had no idea of this song’s future impact.

As a young girl, I knew nothing of the story of this song when I sang it in church. And the songwriter, at the time of writing, had no idea of this song’s future impact.

Precious Lord Take My Hand  was written by Thomas Andrew Dorsey (1899-1993) after he lost his wife and new baby son in childbirth. It is a strong statement of God’s care when a bereaved husband and new father, struggling to even know God cared for him, can be a channel through which God poured out song words that have blessed the church ever since. Do you think he had any idea when he was in such deep sorrow that God would bring such fruit from his pain?

It has been published in more than 40 languages and is considered the greatest gospel song of all time. Martin Luther King, Jr. asked that it be sung at the rally he lead the night before his assassination. President Lyndon B. Johnson requested that it be sung at his funeral.

In the moment of deepest sorrow, God met Thomas Dorsey. He wrote later of this creative experience, “And the Lord gave me these words and melody, He also healed my sprit. I learned that when we are in our deepest grief, when we feel farthest from God, this is when He is the closet, and when we are most open to His restoring power.”

"The Lord is my strength and song, and He has become my salvation."Psalm 118:14

Born in rural Georgia, son of an itinerant Baptist preacher and a music teacher – church organist, Dorsey began his early musical career in Chicago where he played blues piano under the name “Georgia Tom”. A popular act, he was a regular in one of Al Capone’s speakeasies. He married Nettie Harper in 1925 and as a result of a severe depression had a spiritual healing and wrote his first Gospel song. In 1932 he established the Dorsey house of Music, the first independent publisher of black gospel music and became the choir director at Chicago’s Pilgrim Baptist Church. This same year he lost his wife and newborn baby son.

Dorsey died in January 1993 in Chicago, but his legacy thrives. With his innovative blending of sacred and secular styles, he is remembered as the architect of modern gospel music.

The melody, although credited to Dorsey, was taken from a 1844 hymn entitled, "Maitland," by American composer, George N. Allen (1812-1877).
From the book Hallelujah, The Poetry of Classic Hymns, Celestial Arts Publisher :
Precious Lord, take my hand.
Lead me on, let me stand.
I am tired, I am weak, and worn.
Through the storm, through the night,
Lead me on to the light.
Take my hand, precious Lord,
Lead me home.

When my way grows drear,
Precious Lord, lead me near,
When my life is almost gone.
Hear my cry, hear my call.
Hold my hand, lest I fall.
Take my hand, precious Lord,
Lead me home.

When the darkness appears
And the night draws near,
And the day is past and gone,
At the river I stand.
Guide my feet, hold my hand,
Take my hand, precious Lord,
Lead me home. 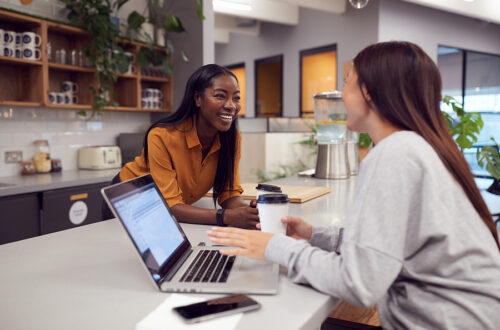