…of the emergency broadcast system. That bulletin disrupted my summer binge watching of gameshows like “Press Your Luck” and “The Price Is Right.” But, you know, Israel was playing games long before studio audiences and Hollywood soundstages.

God instructed Israel’s leaders to rely on him and to rule with his Law of righteousness. Instead they caroused with foreign nations and idols. They trusted treaties and strategies (Ex 34.12; 1 Ki 11; Is 7.1-9, 30.1-5). The northern kingdom of Israel assumed that no harm could befall God’s people, so they doubled down, lost, and fell to Assyria in 722BC. God ain’t playin’ games.

The southern kingdom of Judah followed suit. Society limped along in spiritual lethargy, hypocrisy, and outright apostasy (Am 2.6-8, 5.7, 8.4-6). Anyone still practicing devotion to God did so largely for the sake of ritual…or profit. The prophet Micah confirmed this, saying,

“[political] heads give judgment for a bribe, its priests teach for a price; its prophets practice divination for money” (Mic 3.11).

You see, prophets followed an ancient and respectable practice of accepting payment for services rendered. Even Jesus affirmed, “the worker is entitled to his wages” (Lk 10.7). But schemers spotted a subjective aspect of prophecy and quickly learned to match their messages to the pocketbooks of paying customers, which God forbade (Ex 23.8; Dt 27.25).

Today’s leaders play the same game: using “godliness [as] a means of gain” (1 Tim 6.5). It is greed, an overwhelming or insatiable longing for more, and it takes many forms (Lk 12.15), including aspirations for status, salary, or sex.

No longer startled by the ways in which religious leaders achieve status, or influence over others, we applaud the ambition and entrepreneurialism that seem to produce attendance, programming, and converts.  Never mind the unorthodox teachings of leadership principles and growth strategies as doctrine, as if Christ was staked naked to a post for the sake of making clever magistrates and managers. No longer shocked by the sexual immorality and triple-digit salaries of religious leaders, we pride ourselves on the wealth of the church in North America, unaware of what our money may actually buy. Track back to Micah.

“Thus says the Lord concerning the prophets who lead my people astray, who cry ‘Peace’ when they have something to eat, but declare war against him who puts nothing into their mouths” (Micah 3.5).

The prophets blessed paying customers with favorable “benedictions” and gave “maledictions” to everyone else. “You scratch my back; I’ll scratch yours.” The game continues as we pay religious leaders with our podcasting, re-posting, tithing, attending. And, oh my, do some leaders know how to craft a “benediction,” tailoring messages to never rock the boat and to always give us a goody-gumdrops gospel that requires no sacrifice, includes no suffering, and condemns no sin.

Beware of typecasting such religious leaders as they play, and even host, the gameshow. Some wear suits, others skinny jeans; some stand on soundstages, others street corners; some lead twenty, others twenty thousand. Be aware: though the Church does not replace apostate Israel, the game of "godliness as gain" is the same. So are the results:

“The sun shall go down on the prophets, and the day shall be black over them; the seers shall be disgraced and the diviners put to shame; they shall all cover their lips, for there is no answer from God.” (v.3.6-7).

Sin blinded the eyes of the legitimate prophets (“seers”) and illegitimate “diviners.” God remained silent. None of the leaders could perceive a word or vision from God. Think of religious leaders of our day, snared by the sins of sexual immorality and greed and unable to perceive Truth, yet pressured to present a crafty message with a charming smile. Not surprisingly, they rely on human reason, preaching a gospel of pragmatism, self-help, leadership development. But that gospel strips the true Gospel of its uniqueness and power, exchanging true religion for ritual. Assuming that no harm can befall their church, they double down and eventually lose. God ain’t playin’ games.

THIS IS A TEST

Holy Spirit, interrupt my regularly scheduled programming to reveal any complacent fascination with the gameshow, its hosts, and ritualistic Christianity. Expose any misuse of God’s name for gain in my personal, professional, or spiritual life. Pardon my iniquity and have compassion on me, you who show steadfast love (Mic 7.18-20). Guide me into all Truth, even as that requires my standing up or stepping down. Give me courage to exit the gameshow and practice true religion: “doing justice, loving mercy, and walking humbly with God” (Mic 6.8).

A Call To Prayer 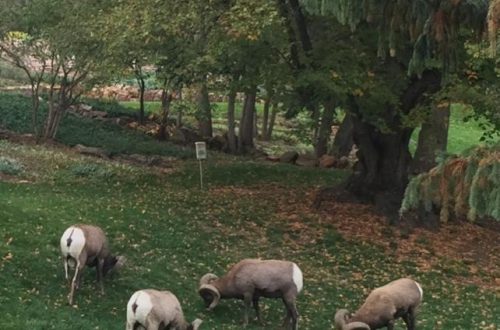 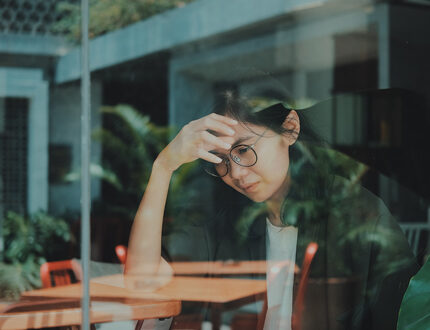