I was diagnosed with rheumatoid arthritis at age 29, branded with a "pre-existing condition" at an early age. From the safe place of good insurance we have watched the debate on health care unfold during the 2008 political campaign and this year’s healthcare legislation drama. As I listened to the sad stories of all the people who could not find or afford coverage I felt deeply for their plight. In the last week I discovered that I am one of those people.

I was diagnosed with rheumatoid arthritis at age 29, branded with a "pre-existing condition" at an early age. From the safe place of good insurance we have watched the debate on health care unfold during the 2008 political campaign and this year’s healthcare legislation drama. As I listened to the sad stories of all the people who could not find or afford coverage I felt deeply for their plight. In the last week I discovered that I am one of those people.

In 1980 we had just arrived in Costa Rica to begin language school. My husband’s dreams of eventually being involved in theological education overseas were crushed under the same diagnosis that compressed my life into a small place of daily pain and accommodation to a thousand limitations. But God, in his redemptive love and power…brought us back to the States and eventually moved us into a place where Jack could be involved with theological education to minority students here in the States. With a pre-existing condition we were able to get insurance with an exclusion on my RA. Doctors’ visits and medication costs were manageable.

Nine years later, when my husband accepted an offer to the Senior Pastorate of a church, our compensation package included insurance with a waiver on coverage for my arthritis for six months. At the end of six months the insurance company covered my RA. This is the way the system used to work.

After a wonderful eighteen years in a great church we’ve been in transition, interviewing for a new pastorate. God has given me remarkable healing in the last year and a half so that I feel better than I have ever felt since I was diagnosed. Our severance package has generously covered our insurance needs. So far so good. Until last week.

After emailing and corresponding with dozens of churches we finally connected with two (!!) that wanted to offer my husband their senior pastorate position. (For anyone who has no experience with candidating a church it’s like finding the right girl, looking for connect points on so many levels…do we like them…do they like us…if they ask us to the prom do we want to go??) As we agonized over the decision, we discovered in living Technicolor what the health care debate was all about: We cannot find long-term options for individual care. Period.

The only workable options have premiums that run $25-30,000 a year, figures that are deal-breakers. That is unless we want to go with companies trolling the web for anyone who would like to send premiums to off-shore bank accounts or pay in pesetas. The fix from the new legislation for pre-existing conditions will not kick in until 2014. We are sitting in the four-year crack between an unbelievably broken system and the much debated fix. We found a great match, have been asked to the prom, only to find out that the cover charge is in the low-mid five figures.

As all this hit the fan last week I emailed a friend, "Actually I am in good spirits, looking to Jesus. Here’s the thing: if we slid nicely from our severance into a good fit with a church, prayers are answered and God gets glory, but not nearly as much as if he delivers us from what now looks like such a precarious situation. I want him to write a meaningful, astonishing story through our lives. That means mighty deliverance from real danger. We indeed feel the danger. So we are cast upon God our rock. A solid place to be."

The danger we feel I’m sure you’ve felt too. It’s that wake up in the night danger, wondering what in the world the future holds. How will God redeem this? Make a way through the wall? When will he redeem it? Now or in the not yet? Will our story fall in with first part of Hebrews 11 (some "stopped the mouths of lions, quenched the power of fire, escaped the edge of the sword") or the last part ("others…were stoned, sawn in two, killed with the sword" yet highly commended for their faith)? We live in the drum roll of suspense. "Our God whom we serve is able to deliver us from the burning fiery furnace, and he will deliver us out of your hand, O king. And if not, be it known to you, O king, that we will not serve your gods or worship the golden image that you have set up." (Daniel 3:15)

God writes the most amazing stories on the pages of our lives. High drama. Great stakes. His signature on his redemptive work is most clear when he blasts through insurmountable walls with last-second timing. More glory for him. More joy for us. We believe we see the wall cracking…the tips of God’s fingers reaching down to help us…But God, in his redemptive love and power… 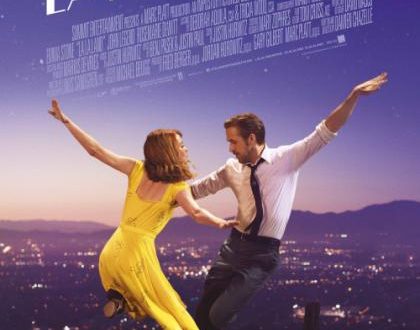 Watching Movies from a Christian Worldview: 10 key questions to discuss