I was in grade school when I first had exposure to someone taking his own life.  The tragedy of a classmate’s teenage cousin who had given in to despair sent significant shock-waves through a small community.  Cries of anguish and loss echo in my mind even now as I recall how the news reached our circle of friends at a Friday night high school football game.

I was in grade school when I first had exposure to someone taking his own life.  The tragedy of a classmate’s teenage cousin who had given in to despair sent significant shock-waves through a small community.  Cries of anguish and loss echo in my mind even now as I recall how the news reached our circle of friends at a Friday night high school football game.

The memory is a magnet-pull to the compassion and horror I felt that a young man could get to the point of wanting to die.  Why on earth would he do that?  The confusion.  The loss.  And even shame that the family experienced in their grief, the self-inflicted wound somehow intensifying the pain.

It would be years later before I came to realize that my own family had its secrets.  Two or three great-aunts I never knew who lost hope were spoken of in hushed tones.  I suppose it was shame also that prompted the secrecy.  But even so, I felt raw that these women—single parents as far as I know—had come to the proverbial end of their ropes and chose to end their lives.

I never dreamed that I myself would one day wrestle with those same “demons” of depression and despair, or find myself thinking “I can’t go on like this.”  Fortunately, God provided for me a support system, a wise physician, and godly counselors who walk with me through those dark nights of the soul. I have hope, and cling to the Hope-giver with every breath.

But so many have run out of hope.  So many men and women, even boys and girls, need to hear the hope that Jesus Christ brings with His presence in a life.  And even those who know Jesus can be grasping at their last strand, praying it’s not out of reach.  Maybe they have strength to reach out.  Maybe they don’t.

Our community experienced significant heartbreak last week.  A prominent community officer—also a struggling woman—ran out of hope and took her own life and the life of her only daughter, a young woman on the brink of adulthood.  It stunned the community, both generations.

As these women’s stories unfold, the considerable hurts that were a part of their lives are revealed.  Financial crisis.  Wounded, grieving hearts.  Hidden sin.  For a long time, these were kept locked underneath a veneer.  How many people do you come in contact with who have this same appearance?  She looks good on the outside.  But inside are guilt and shame, fear, hopelessness.  Those things build to a point where one sees no escape.

And yet, nothing is hidden from God.  “God is light and in Him there is no darkness at all,” (1 John 1:5).  Light exposes the darkness which breeds secrecy, fear, shame, and hopelessness.  Ephesians 5 reminds us that we who follow Christ are children of light.  Verses 13-14 declare,

"But everything exposed by the light becomes visible, for it is light that makes everything visible…" (NIV)

We need to step out of the darkness and into His light. We have the promise that the blood of Jesus cleanses us from all sin (1 John 1:7).  Releases us from guilt.  Frees us from fear.  Infuses hope into lives that had lost all hope.  And best of all, light allows us to have true fellowship with one another.  That may be the very thing that keeps us going.

I’ve known nearly a dozen individuals and families at the end of their rope, who ran out of hope.  I’ve talked with dozens of women who felt that way.  The pain is raw. The struggles don’t necessarily go away.  The crises are real.  Grief, pain, and illnesses are real.

The Lord Jesus Christ is also real.  He’s present with us in those seemingly hopeless situations.  The friendship and relationship we share with Him and with one another can bring hope into what we reckoned impossible.  In this life, we may always grieve for those who lost hope.  But we can also walk into the light ourselves, being genuine about our struggles and refusing to hide our pain.  God uses that in ways we may never fully understand.  How will you let Him use you today? 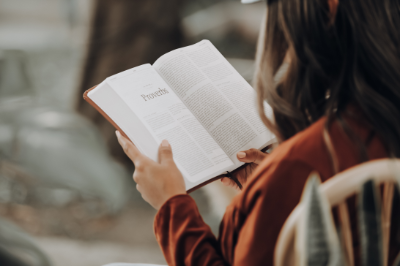 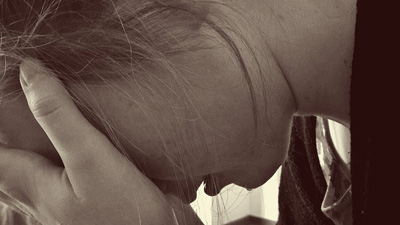 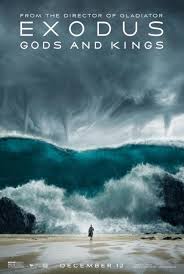