Recently Lynna and I flew home from Singapore, and, of course, we had to pass through security. We have gone through security in the toughest airports in the world: DFW, Kennedy, Heathrow, Tel Aviv, Frankfurt, Paris, Budapest, Hong Kong, just about every airport that is on some high level of alert due to terrorists. Since we’ve done them all and had every innocuous thing taken from us that could possibly be labeled high risk, we had no concerns as we approached Singapore security. We should have been concerned.

I sailed through in no time flat and then discovered Lynna pulled aside as an agent tore through everything she had, looking for some horribly offensive contraband. Finally she found it: a pair of baby scissors that were deemed too sharp to be allowed on a flight out of Singapore.

Now Lynna had carried those baby scissors all over the world, through every airport we ever exited. They had been given to her by our San Jose neighbor, Pat, now with the Lord, when Kent was born. Lynna had used them to trim Kent’s tiny fingernails to keep him from scratching himself and to cut some stray threads from his jammies so he would look as perfect as he was. They came in handy on trips, but they were not just tiny scissors; they were Kent, they were her son, part of her mother’s treasure.

But there was no mercy in that security agent. No amount of protesting—we carried them through Heathrow, for goodness sake, the most threatened airport in the world. The agent turned aside with a bored look on her face that said, “I’ve heard that before,” tossed those scissors in the confiscated bin, and turned to the person in line behind us. “Next,” her demeanor said. “That’s it! Next! Shut up and move on or I’ll call the real security.”

I stood next to Lynna as she repacked her bag with tears streaming down her face, part of her mother’s treasure gone.

Every mother has a treasure tucked away in her heart, precious memories of the birth of her son or daughter, thoughts of how perfect he is or how beautiful she is, thoughts of the future and the joy of watching her new little baby grow up, concern already tugging at her heart about what hurts might come and how to protect that precious little one from the inevitable grief and pain of life.

I’m sure she did not talk about this treasure. What could she say? It was more than she could take in. Who could she tell? No one would believe her. She could not even believe herself that her son, her Jesus, could be Christ the Lord. Who could ever think such a thing? Who could possibly understand what all this meant? Mary could not. Her treasure was too great for her to speak of or even to grasp. All she could do was hold it in her heart.

Every mother has a treasure, precious thoughts about her newborn baby that fill her heart with wonder and her soul with joy. But think of the treasure that Mary had. Her Son, Jesus, was the Savior, Christ the Lord. He was the Messiah Yahweh sent to earth to bring us God’s life through His death. She had a treasure she could never fathom. All she could do was wonder what it meant.

About:  The Broken Leadership Blog is focused on changing the leadership conversation from what we are doing with our hands to what God is doing through our hearts. 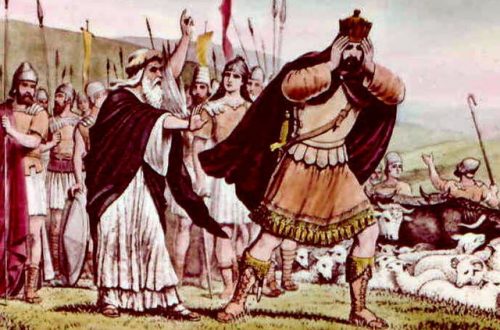 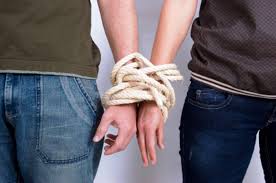