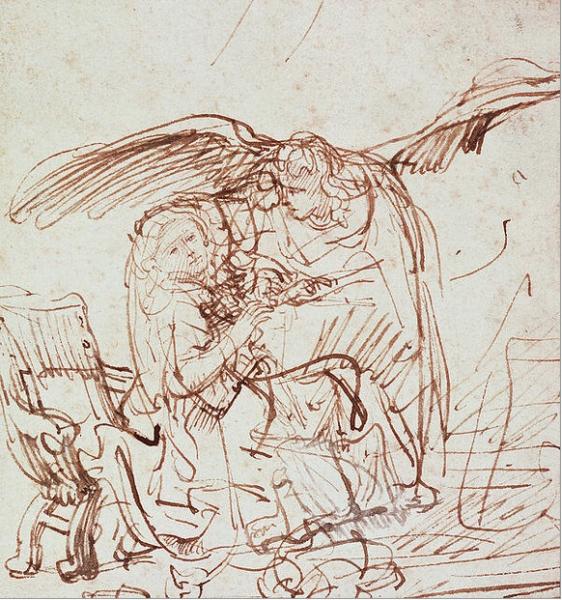 You can’t consider Advent without acknowledging the role of angels. Intricately woven into the story of the birth of Christ are these created beings – often pictured by the artists of old with wings, flowing robes and long hair.

Preparation was put in place to ready the participants in the nativity story. Can you imagine the orchestration behind the scenes in heaven within the Trinity and with the angels as the drama began to unfold? God was getting His message out – revealing His heart, His plan to the ones He had chosen for this certain invasion into earth.

In the exact, critical instant in the timeline of human history God began the count down for the moment when the Messiah, the Savior, third person of the Trinity would enter the world – the very creation He created (John 1:1-3,10-14). He would enter as a dependent, tiny baby birthed by the Virgin Mary.

First, Gabriel was sent to Zechariah, a priest of the priestly division of Abijah and husband of Elizabeth, who was also a descendant of Aaron (Luke 1: 5-25). Both were upright in the sight of God observing all of the Lord’s commandments and regulations blamelessly (vs. 6). Both were old and childless (vs. 7).

During Zechariah’s turn to serve in the temple of the Lord and to burn the incense while the worshippers prayed outside, Gabriel appeared standing at the right side of the altar of incense. Zechariah was gripped with fear and was not prepared for what Gabriel told him. Elizabeth would conceive and have a baby and they were to name the baby “John” (John 1: 6-9).

Zechariah was incredulous and questioned Gabriel who retorted with, “I am Gabriel. I stand in the Presence of God, and I have been sent to speak to you and to tell you this good news. And now you will be silent and not able to speak until the day this happens, because you did not believe my words which will come true at their proper time.”
This baby would ultimately prepare the way for the Messiah and His earthly ministry.

Next, six months later, God sent the angel Gabriel to Nazareth, a town in Galilee to a virgin who was pledged to be married to a man named Joseph, a descendent of David (Luke 1:26-33).

The virgin’s name was Mary. The angel went to her and said, “Greetings, you are highly favored! The Lord is with you.” Mary was troubled at his words. “Do not be afraid, Mary, you have found favor with God, You will be with child and give birth to a son and you are to give him the name Jesus. He will be great and will be called the Son of the most High.”

Mary asked how this could be since she was a virgin. Gabriel answered her question and encouraged her by telling her that her relative Elizabeth was also a recipient of the impossible things God is able do (Luke 1: 34-56).
Gabriel, who lived in the Presence of God, was chosen to tell Mary that she was chosen to be the receptacle through which the Son of God would be born.

The third role played by the angels was the announcement they made to the Shepherds who were shepherding their flocks. The song “Nothing Ever Happens to a Shepherd” lends creative license to what the shepherds might have been feeling. Who would have thought they would be the chosen sociological group who would know of Jesus’ birth first…that is, after the animals in the manger!

The Angel of the Lord spoke the announcement to the astonished shepherds. “Do not be afraid. I bring you good news of great joy that will be for all people. Today in the city of David, a Savior has been born to you; he is the Christ, the Lord. This will be a sign to you; you will find the baby wrapped in cloths lying in a manger.” (Luke 2: 8-12) “Then, the angel of the Lord was joined by a great company of the heavenly hosts praising God and saying:
“Glory to God in the Highest and on earth peace to men on whom His favor rests.”

What should we consider about God in this nativity story?

•    God will get His message out and He uses whomever of His created beings to do it – humans, angels, a priest, an elderly couple, a young virgin Mary, shepherds, visions and dreams.

•    God is sovereign and His plan for history will never be thwarted.

•    He is the creator – of man, of angels and He is sovereign. He is the one we worship not angels.

•    God will write the last Chapter of the Story.

As we celebrate the birth of Christ and consider the role the angels played, remember that the story is not over for us or for the angels. There is more to come.

II Thessalonians 1: 5-8 “ God is just: He will pay back trouble to those who trouble you and give relief to you who are troubled. This will happen when the Lord Jesus is revealed from heaven in blazing fire with His powerful angels.”

Even so  – Come Lord Jesus! 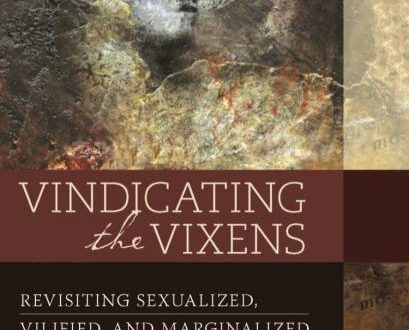 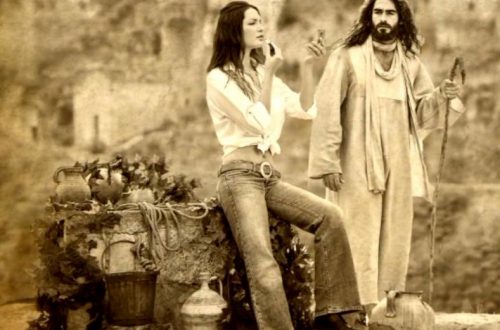 Fresh perspectives on Biblical Women–The Woman at the Well