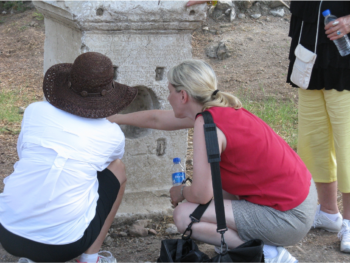 Last week a friend told me that in one of her seminary summer school classes a fellow student insisted the existence of Christian women in public ministry started with radical feminism. And the professor did not seem to realize what the student said was untrue.

I hear such statements often. Here’s one from a Christian blogger: “It was the feminist teachings of the past few decades that first spurred Christians to try to argue for [women in public ministry]. Like it or not, the two schools of thought are intertwined.”

Maybe we get the idea that radical feminism started it all because we don’t realize how active women have been in past centuries and how much of evidence is being rediscovered. Time for an update.

Also, our understanding about a lot of Bible backgrounds relating to passages about women is outdated. Now, sometimes when I say historians have great new info, people get suspicious. They worry that evangelical women are now rewriting history about ourselves. But history has already been rewritten about us, and our historians are helping us recover what actually happened.

Developments in archaeology have been providing better background information for a couple of centuries. For example, in Pompeii—rediscovered in 1748—the excavation of brothels with paintings and price lists has revealed that, contrary to what has been taught, prostitutes did not actually shave their heads. That information is taking a long time to make it into commentaries, but it certainly alters how we read 1 Corinthians 11:4–6. Add to that, nobody seems to be finding any evidence that Corinthian wives/women wore veils at any time other than on their wedding days. Veils were not apparently worn as signs of others’ authority. This too affects how we interpret the text.

Developments in technology are also expanding what we know. We’ve seen the accessibility of electric dishwashers (1920s), dryers (1937), clothes washers (1908), and even harvesting machines (1892), which have given many, especially women, more time to pursue learning. More recently, in the 1990s tremendous growth has taken place in the number and availability of sources as well as the explosion of new discoveries in epigraphy and papyrology. (We still have about one million pieces of epigraphic evidence, inscriptions that can influence our understanding of word usage, that our Koine/English dictionaries have not even taken into account. One million!) And as a result of such developments, the academy has seen the proliferation of new academic specializations and collaborative publications. So, if someone says “we now know this word means [XYZ] instead of [ABC],” such a statement is probably coming from the incorporation of new data, and not because liberal linguists set out to rewrite history.

New specialties, collaborations, and updates have become more accessible through the internet (since 1983) and Google Translate (since 2006). A few decades ago, when one of my siblings was working on his PhD, he showed me a letter he’d given to a scholar to have translated into French. Once this family member had the translation in hand, he sent it overseas and waited six weeks for a reply. He then got the reply translated into English before he could process the data and craft a response.

Fast forward to the last decade when I was writing my own dissertation. I could locate an obscure piece of research published in another language, run it through Google Translate, write a message to its author, get the message translated, research that scholar’s contact info on his university’s web site, and send him or her a message via email when I went to bed. I’d often have a reply by breakfast. So, access to more research coupled with the ability to collaborate with scholars across the world has exponentially increased the amount of data available and the ability to build on others’ research. And whereas my sibling often had to camp out in a library, I could sit at home in yoga pants and a t-shirt and search archives for Anatolian digests and scholars who specialized in Roman head coverings. And while he had to leave when the library closed, I could work long after my daughter fell asleep if I wanted to.

There’s just so much more information, new information about the contexts into which the earliest believers received sacred texts. And the influx of women into history departments has expanded the subject matter. The men before us tended to focus on political history and empires and troop movements, but women have steered some discussions more toward social-history questions like the average life expectancy, diet, apparel, and how long it took to walk from Galatia to Rome. And, as it turns out, the most amazing collection of first-century documents from everyday people, a veritable gold mine of social history info, is the New Testament. And understanding what was going on with apparel has helped us better interpret some texts.

Added to more women researching more social history is the reality that women are living longer. So, even if we stay home with kids, many of us can raise them, launch them, and still have decades-long careers. One of my male colleagues taught till he was 95. Consider that a woman with a similar constitution starting as late as age 45 might still have a 50-year career. If she worked while raising a family or if she never had a husband or kids—true of a growing number of women—she might have six or seven decades on which to build her knowledge. Add it all together and you have a lot more research available that’s focused on women and data about women in the Bible and biblical backgrounds. Don’t you want to know what they’ve found? Time for an update.

All of these factors point to the need to revisit the data. The primary documents reveal that the phenomenon of women standing side-by-side with our brothers, partnering to train and care for the church, has been happening for 2,000 years. And our understanding of backgrounds has exploded, affecting how we interpret texts, including some texts about women.

Wondering where to begin? If you don’t have $195 to start with the two-volume 2021 publication Women and the Polis, the first complete corpus of Greek inscriptions issued by city institutions in honor of their female citizens and foreigners (1131 women fulfill this criteria), you can check out Dr. Lynn Cohick’s more accessible book: Women in the World of the Earliest Christians. For women in early church history, her book Christian Women in the Patristic World: Their Influence, Authority, and Legacy in the Second through Fifth Centuries is great. Interested in epigraphic studies? Check out Clint Burnett’s Studying the New Testament through Inscriptions.

The texts of Scripture are timeless. But our data for interpreting them has expanded exponentially. Time for an update! 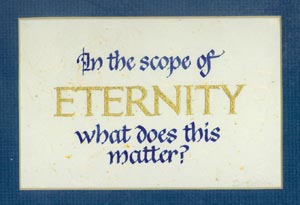 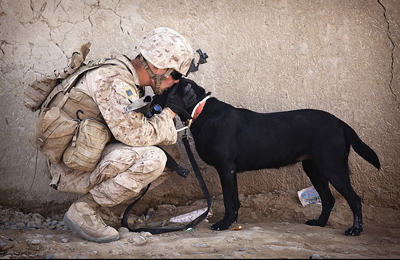