What a leader loves determines how a leader leads.  Consider Solomon, for example.

Solomon loved the Lord and walked according to the statutes of his father, David . . . As long as Solomon loved the Lord and walked according to David’s ways, he was humble and trusted God for an understanding heart because he knew he was not adequate to lead God’s people.  Solomon demonstrated his love for the Lord by living in radical dependence on Him.  Because of this request God gave Solomon a discerning heart and with it, God gave him more than he asked for:  riches and honor and the possibility of a long life (I Kings 3:3-15).  It was out of his love for the Lord that Solomon built and dedicated the temple (I Kings 5-6) that had been the passion of his father’s devoted heart (I Kings 11:4).

But Solomon had a different love, a love that changed his life and leadership.  Now King Solomon loved many foreign women . . . (I Kings 11:1)Each time Solomon married a foreign wife, she brought her gods with her, evil gods of shame and destruction who worked their ways into his heart.  He was charmed by these women, and their charms led him into the bosom of their gods, causing him to turn his heart from his Lord to their idols, even though God had warned him twice not to do this (I Kings 11:9).  He created altars to these gods and sacrificed to them and participated in their awful worship.  While Solomon never quite put God out of his heart, he turned from radical dedication to God and desperate dependence on Him to serve the idols of his wives.  And so a hill east of Jerusalem was scarred with the altars of false gods (I Kings 11:7-8) while the temple of the true God sat in sight of the smoke of sacrifices offered to the idolatrous loves of Solomon’s life.

Solomon had two loves and he led two radically different lives.  In the first he built one of the greatest edifices of the ancient world to exalt the true God, but in the second he lowered himself to the pride, jealousy, and pettiness of the idolaters around him so that late in his life, he attempted to murder God’s chosen successor to his throne (I Kings 11:29-40).  Isn’t it amazing how what you love affects your leadership? The man who wrote some of the Psalms, Proverbs, Song of Solomon, and Ecclesiastes, the wisest man in his generation, became one of the most idolatrous men in his generation and then even a would-be murderous man.

Learn the lesson of a leader’s love and be careful what you love because your love determines how you lead and the way you live—and the heritage you leave behind.

(from "A Leader's Loves" on http://www.leaderformation.org/blog) 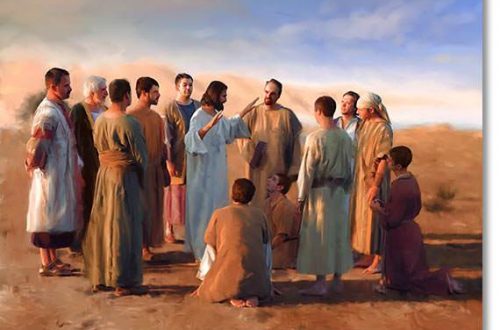 The Comfort of Christmas