I just finished reading The Ocean at the End of the Lane by Neil Gaiman. The student who brought me the book also sent me a link to a transcript in which the author told about his 97-year-old cousin, Helen, a Polish Holocaust survivor: “She started telling me this story of how, in the ghetto, they were not allowed books. If you had a book … the Nazis could put a gun to your head and pull the trigger—books were forbidden. And she used to teach under the pretense of having a sewing class . . . a class of about twenty little girls, and they would come in for about an hour a day, and she would teach them maths, she’d teach them Polish, she’d teach them grammar. . . .

“One day, somebody slipped her a Polish translation of Margaret Mitchell’s novel Gone with the Wind. And Helen stayed up—she blacked out her window so she could stay up an extra hour. She read a chapter of Gone with the Wind. And when the girls came in the next day, instead of teaching them, she told them what happened in the book.

“And each night, she’d stay up. And each day, she’d tell them the story.

“And I said, ‘Why? Why would you risk death—for a story?’

“And she said, ‘Because for an hour every day, those girls weren’t in the ghetto—they were in the American South; they were having adventures. They got away.’

“Four out of those twenty girls survived the war. And she told me how, when she was an old woman, she found one of them, who was also an old woman. And they got together and called each other by names from Gone with the Wind…”

Gaiman concluded, “We [novelists] decry too easily what we do, as being kind of trivial—the creation of stories as being a trivial thing. But the magic of escapist fiction . . . is that it can actually offer you a genuine escape from a bad place and, in the process of escaping, it can furnish you with armor, with knowledge, with weapons, with tools you can take back into your life to help make it better . . . It’s a real escape—and when you come back, you come back better-armed than when you left.”

Lewis and Tolkein and Sayers all got that.

Nelson Mandela once described Chinua Achebe, the most widely read African writer and author of Things Fall Apart, as “the writer in whose presence prison walls fell down.” Achebe’s words sustained Mandela in prison. I learned this from Chimamanda Ngozi Adichie, who said, “Fiction does matter. It can make literal prison walls fall down, but it can also sustain prisoners where they are.” She should know. Adichie described an American woman sentenced to a long-term jail sentence in Peru for aiding the military there. Listening to the news one night, Adichie saw an interview with the girl's mother, whom the newscaster asked how her daughter was doing. She replied that she was having a difficult time, but that she had been greatly strengthened by a book written by Chimamanda Ngozi Adichie titled Half a Yellow Sun.

Too often we think of the arts as paint on fingernails instead of the marrow in our bones. But the first verb in the Bible is "create." And we were made to image the one who did and does so.

ISIS gets what a threat the arts can be to freedom. Consider that CNN ran an article in March titled, “Why ISIS destroys antiquities.” It tells of the numerous historic sites that ISIS has destroyed. One of these was an art museum in Egypt that contained more than 100,000 pieces. Having recently undergone an eight-year, multi-million-dollar renovation, it had to close again after its reopening because ISIS planted a car bomb nearby. The writer of the CNN piece concluded, “The smashed artifacts of the Mosul Museum and the destruction at Nineveh and Nimrud . . .  are the material record of humanity. They are not just for scholars, they are for everyone. They are the text of the past that helps define our future.”

Two weeks ago, M. T. Anderson, the YA author of Symphony for the City of the Dead: Dmitri Shostakovich and the Siege of Leningrad told a group of readers at Calvin College, “We think of the arts as dessert, but they change the way we live.” His historical-fiction novel demonstrates this truth as he recounts in it the story of how Leningrad (now St. Petersburg) was surrounded by Hitler’s troops during WWII and held out under siege for three years. Did you catch that? Three years. The city survived. Anderson's is the story of how.

Hitler’s experts predicted everyone in Leningrad would be dead after the first winter. Yet some outlasted three times over what logic said should have destroyed them. Two great factors in their survival were the arts and community. On paper, those who survived should have been the ones who stayed in their beds and conserved energy. But many of those who did so died first. In actuality survivors were more likely to be the librarians who held reading groups in twenty-below-zero rooms or the teachers who searched out orphaned children in abandoned flats. The famous composer Dmitri Shastakovich created a musical score that retold the story of what the Nazis had done; and the spirit of defiance in that symphony gave the Russians hope. Later, the symphony influenced the US to come to the aid of Leningrad.

We are embodied creatures, encountering our world through taste, touch, smell, sight and sound. Parmesan on spaghetti. A cat’s fur. Fresh bread baking. Signorelli’s frescos of the dead receiving their flesh in Orvieto’s cathedral. Ode to Joy. . . .  History and story and setting and beauty—these are threats to evil. Even terrorists and Nazis see them for the danger they pose.

Are you filling your life with them? 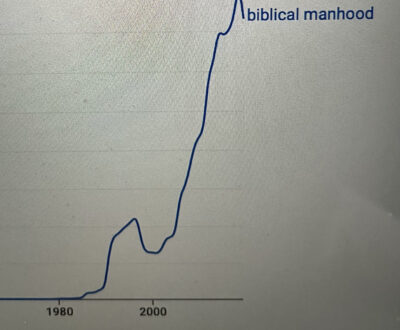 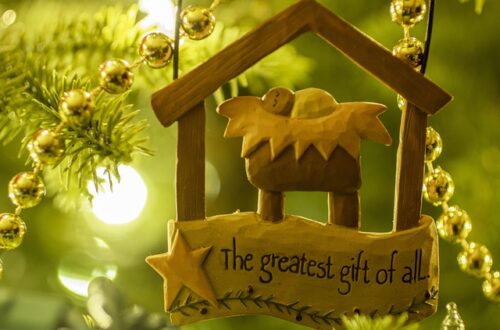 Christmas Is God Saying “I Love You” 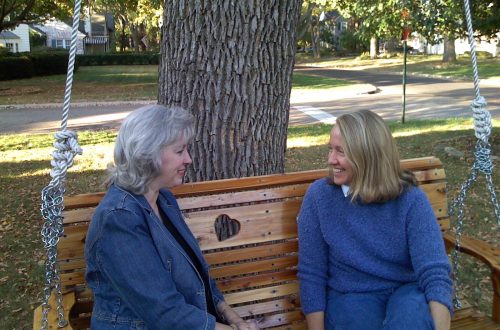