“Pure and undefiled religion in the sight of our God and Father is this: to visit orphans and widows in their distress, and to keep oneself unstained by the world.” James 1:27 (ESV)

“Pure and undefiled religion in the sight of our God and Father is this: to visit orphans and widows in their distress, and to keep oneself unstained by the world.” James 1:27 (ESV)

Religion is a behavior pattern based on a belief system. The principle is simple. What you believe drives what you do. Religion is essentially the code you live your life by. This code may include ritual behaviors as well as boundaries for personal behavior. The real question is what code you choose to live by.

The pure form of religion handed down from Moses requires behavior conforming to codes recorded in the Torah (first five books of the Old Testament). Religion based on the Torah recognizes that God is Creator, God is good, and human life is sacred because we are created in the likeness of God. The first chapters of Genesis explain our purpose, the reason for our sin and suffering, and the hope of redemption. Death and suffering are the result of sin. God reveals more about Himself and His purposes, as well as our own history, throughout the rest of the Old Testament. The requirements of holiness given the Torah were fully met in the life of the Lord Jesus Christ. The death of the suffering savior was predicted by prophecy and required for atonement and redemption of sinful humanity. The resurrection of Jesus Christ is victory over the curse of death. The hope of humanity is found in acceptance of this gift and submission to the authority of our Lord. Through this submission to holiness we are set free from bondage to sin and death. Commands given by Jesus Christ concerning behavior are even stricter than those of the Torah. Jesus did not command mere outward behavior, but inward belief as the force driving the behavior.

Nearly every religion, other than Judeo-Christian religion, is based on belief in the power of something created rather than a single holy all-powerful Creator. Ancient pagans deprived of the knowledge of the Creator invented deities to worship in hope of prosperity, protection, victory in battle, and so on. They typically included vague superstitions and required idols, sacrifices, and sexual acts – all designed to prosper those in charge of the religion. Often the ruler himself was deified, particularly when the ruler was victorious in battle or otherwise brought about better living conditions for his people. Pharaoh in Egypt and the Emperor in the Roman Empire were examples of this sort of deity.

In the centuries before Christ a new type of religion began to develop. It was the rise of philosophy. Philosophy elevates human ideas and the power of reasoning. Philosophy becomes religion when the human mind and philosophical rhetoric become the objects of worship. While famous ancients like Plato and Socrates are often cited as the fathers of philosophy, the modern era’s worship of philosophy began in earnest after the reformation in the “age of reason.” There are dozens of famous philosophers who have made contributions, from Lyell or Darwin in natural science to Marx or Hitler in political science. As individuals each of these men have had a huge impact on the world, but in each case the philosophies have transcended the men. Powerful philosophies captivate the minds of men. People put their faith in philosophy. Warriors win hearts and minds through military victory, but philosophers win hearts and minds through mental victory. Just as military leaders like Pharaoh and Caesar are deified, philosophers and their philosophies are deified.

Evolution is an ancient philosophy with roots as far back as Aristotle. Charles Darwin quoted numerous sources who believed in Evolution, including his own grandfather, Erasmus Darwin. Natural selection was a recent but established scientific theory at the time of Darwin’s voyage. Darwin is credited with assigning natural selection the power of originating species. The obvious and intended implication is to foster belief in the idea that less complex (lower) forms of life evolve into more complex (higher) forms of life through purely natural mechanisms governed by chance or fate.

The merits and flaws of Darwin’s theories are to be the subject of later discussion, but the matter at hand is that Darwin’s theory is just a human idea. His notion of evolution through natural selection is a philosophy. The application of tests to determine if natural selection is the cause of increasingly complex speciation is science. Science is always applied as a technique to test the validity of philosophy.

Evolution may be presented as scientific theory, but it is more often simply assumed as fact. Evolution is a philosophy that has become a mainstream belief. Belief in Evolution results in a worldview which in turn drives choices and thus behaviors. Religion is a behavior pattern based on a belief system, therefore Evolution is a Religion.

Creation is religion. Like Evolution, Creation is also a belief and that belief drives choices – behaviors – and so it can rightly be called religion. Technically, Creation and Evolution are both religions and neither are science. Science is merely an impartial technique useful only to test cause/effect relationships. It is ultimately up to the one doing the test to accept or reject the results, however they turn out.

Everyone believes something – whether Creation, Evolution, or something between the two. Few subjects polarize people as much as the Creation/Evolution debate. Creationists and Evolutionists each tend to think of the other as deluded. Those in the middle by definition do not accept either extreme and are generally not accepted by those at either extreme. Is there more than one correct answer? It seems highly unlikely. Either God created just as Genesis says, or Genesis is accurate only as allegory, or it is entirely fiction. 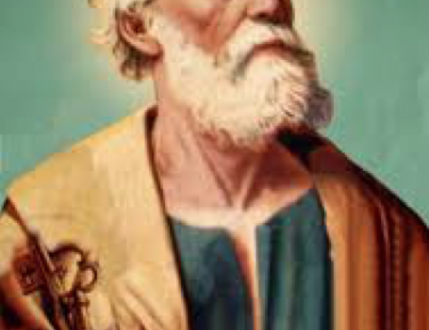 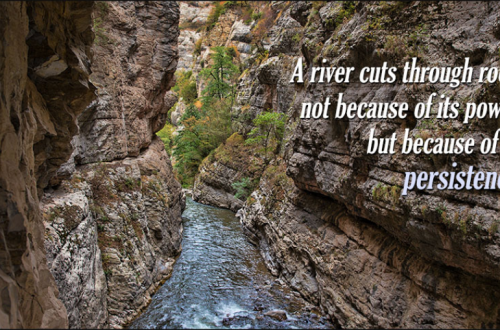 The Clarity of Death