Eighty-five years ago this week, Oxford professor C. S. Lewis (Chronicles of Narnia) told his friend and colleague, J. R. R. Tolkien (The Hobbit; The Lord of the Rings), that myths were “lies and therefore worthless, even though breathed through silver.” An expert in Norse mythology, C. S. Lewis knew well the pagan myths full of heroism, dying saviors, and resurrections.

But Tolkien disagreed. He insisted that myths are not lies, but rather the best if not the only way to convey truths otherwise inexpressible.

Humans created in God’s image, Tolkien reasoned, weave myths as a reflection of our original glory. Through poets’ stories, fragments of eternal light shine through. For that reason, Tolkien said, myths can steer us in the journey toward the ultimate story told in Jesus Christ.

Through the story of Jesus, Tolkien argued (as paraphrased here by Joseph Pearce) that God manifested Himself “through Himself, with Himself, and in Himself. God, in the Incarnation, had revealed Himself as the ultimate poet who was creating reality, the true poem or true myth, in His own image. Thus, in a divinely inspired paradox, myth was revealed as the ultimate realism.”

In his work titled Telling the Truth: The Gospel as Tragedy, Comedy and Fairy Tale, Frederick Buechner further explains this same myth-as-ultimate-realism truth: “And as for the king of the kingdom himself, whoever would recognize him? He has no form or comeliness. His clothes are what he picked up at a rummage sale. He hasn't shaved for weeks. He smells of mortality. We have romanticized his raggedness so long that we can catch echoes only of the way it must have scandalized his time in the horrified question of the Baptist's disciples, 'Are you he who is to come?' (Matt. 11:13); in Pilate’s ‘Are you the king of the Jews?’ (27:11) you with the pants that don't fit and a split lip; in the black comedy of the sign they nailed over his head where the joke was written in three languages so nobody would miss the laugh.

“But the whole point of the fairy tale of the Gospel is, of course, that he is the king in spite of everything. The frog turns out to be the prince, the ugly duckling the swan, the little gray man who asks for bread the great magician with the power of life and death in his hands, and though the little tin soldier falls into the flames, his love turns out to be fireproof. There is no less danger and darkness in the Gospel than there is in the Brothers Grimm, but beyond and above all there is the joy of it, this tale of a light breaking into the world that not even the darkness can overcome.

“That is the Gospel, this meeting of darkness and light and the final victory of light. That is the fairy tale of the Gospel with, of course, the one crucial difference from all other fairy tales, which is that the claim made for it is that it is true, that it not only happened once upon a time but has kept on happening ever since and is happening still.”

The best story, beyond what human minds could dream up, becomes reality in the person of Jesus Christ: The king leaves the throne room, He becomes like His pauper subjects, and He dies on their behalf. Then He rises, adopts the paupers as His children, and, riding on a white horse, conquers all His enemies until all the kingdoms of the world acknowledge Him as “King of Kings and Lord of Lords” (Rev. 19:16). 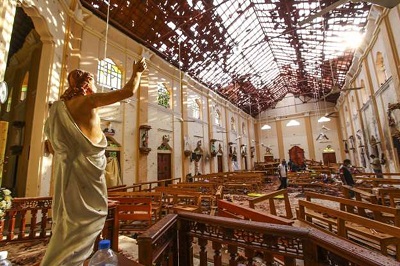 Two Moms and a Vision: FamilyResourceLibrary