My husband and I went to see a movie this week, but the theater near us listed mostly zombie movies and walking-dead stuff. Not our thing. And some of our neighbors are sporting graveyard-themed decorations as elaborate as what folks used to bring out only for Christmas. No one seems to remember that the name "Halloween" started out as "All Hallows Eve" or "Hallowed Eve," the night before All Saints Day. So this seems as good a time as any to re-run a blog post I once ran about witches and wizards. You can read the original for a string of comments that followed, which I won't repeat here:

Six years ago, my friend and former student Marla Alupoaicei published a book, Generation Hex (Harvest House). She did so because she’d had little interaction with Wiccans until she was in college. And there she met a girl in a writing class who told her, “I’m a white witch.” Marla didn’t know what to say, and having been taught to stay away from anyone involved with witchcraft, she remained silent. Marla still regrets being unequipped to have a spiritual conversation with that girl. But the experience led her to co-author a book that helps Christians have meaningful conversations with Wiccans.

Myth #1: You can tell a person is a Wiccan just by looking at him or her.

Truth: “The average witch is a beautiful twenty-five year old,” according to Jami Shoemaker of Llewellyn Publishers. Wiccans do not necessarily dress “Goth” (nor do they ride on broomsticks).

Truth: Wiccans do not worship Satan directly. They consider Satan part of the Christian tradition; most don’t even believe that he exists. They do not perform human or animal sacrifices.

Myth #3: Wiccans try to convert others to their religion.

Truth: Wiccans read books on Christianity and other religions. They typically do not, however, try to convert others to their faith.

Truth: Wiccans follow the Wiccan Rede, which states, “’An it harm none, do as ye will” (translation: “As long as it doesn’t harm anyone, do whatever you want”). They also follow the Rule of Three, which states that the consequences of a person’s actions, whether positive or negative, will return to that person threefold.

Myth #5 Wicca and Christianity are compatible.

Marla concludes by saying, “The truth is that most Wiccans enjoy engaging in honest, open dialogue about their faith. If you show genuine interest in them, most will be glad to discuss their beliefs and experiences with you. When you have the opportunity, share a testimony about how God has transformed your life through Christ.”

While every witch needs a saving relationship with Christ, not every witch is wicked in the ways many people think. It's worth our time to learn about their worldview.

Here’s an important shift when we come to the world of literature (and the movies made from literary stories): witches and wizards are not necessarily Wiccans. Nor are they necessarily anti-Christ or unChristian. Nor is making them out as “good guys” necessarily motivated by an author’s desire to desensitize readers to evil—not any more than Jesus using a Samaritan as a good example in his story was an attempt to validate what Samaria had done to Jewish theology.

When we enter the realm of fantasy, the author gets to decide the rules. Sometimes velveteen rabbits can talk. And kids fly on broomsticks. And good characters wearing pointy black hats can call themselves “witches” but stand for all that is good. I dare say this is where Christians have often made mistakes in assessing media. Because in speculative fiction, authors sometimes change the meanings typically given to “witch” and “wizard.” Most of the time, as was true of Shakespeare writing MacBeth’s witches’ scene, authors do use words in ways we typically define them. But sometimes writers turn upside-down typical usage to reveal our prejudices or to keep us paying attention—much as Jesus did. So rather than forcing dictionary meanings of words on a narrative, we need to study how the author uses them.

Consider Glinda the Good (The Wizard of Oz), McGonagall (Harry Potter), Gandalf (Lord of the Rings), and Maguire's Elphaba (Wicked). They stand for all that is good, even if they assume the label "witch" or "wizard," and three of the four even dress as those we associate with the powers of darkness. Meanwhile, C. S. Lewis does not present the evil White Witch in Narnia as robed in darkness but rather as an angel of light.

So three suggestions: First, in real-world human interactions, engage those who self-identify as witches and wizards, but avoid any practices associated with darkness. Second, in the world of speculative fiction, avoid assuming every "witch" or "wizard" is defined as the Bible or Webster's defines the words–as being associated with darkness. Discern the storyteller’s meaning. Third, engage the White Witch, but don't dress up as one. If your family trick-or-treats and your child wants to dress as a witch or wizard, seize the teachable moment. Consider allowing an embodiment of a Gandalf or a McGonagall, while discouraging the ermine-white-collared beauty posing as good, but evil to the core. Find out your child's intentions, and if they're for good, stress that "it's what's on the inside that counts." 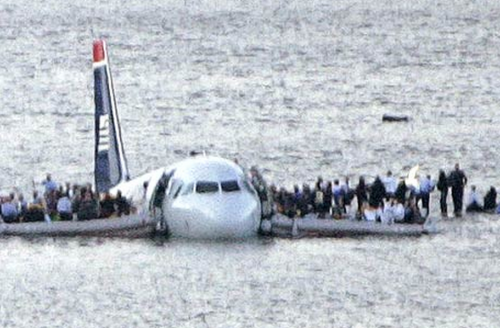 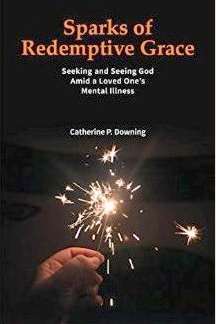 Mental Illness and the Family