As a Protestant, I’m part of a tradition that tends to looks askance at the Virgin Mary. Our concern that her prominence obscures the person and work of Jesus Christ has led us to go the opposite extreme and gloss over her story. In the opinion of my colleague, Dr. Tim Ralston, others “avoid her simply because she’s a woman and just not as exciting as the warriors, prophets, and apostles who regularly populate Bible stories with larger-than-life exploits and miraculous happenings."

When we do talk about the Virgin Mary, we tend to focus on the “scandal” of people perceiving Jesus’s illegitimacy, though there is nothing in the text to indicate that Mary or her firstborn son were ever shamed regarding the circumstances of Jesus’s birth. Ancient Near Eastern betrothal—unlike Western engagement in multiple ways—was a marriage-like state that allowed for consummation under certain conditions. And people referred to Jesus as the “son of Joseph” (see Matt, 13:55 and John 6:42).

We can learn much from this woman named twelve times in Luke’s Gospel, five times in Matthew’s, once in Mark’s, once in John’s, and once in the Book of Acts—not to mention the other stories that don’t mention her but in which she plays a prominent role. (After Jesus, Paul, and Peter, the fourth most described person in the New Testament is, you guessed it, Mary.)

She was probably a teen. The dove offering given at Jesus’s dedication indicates that she and Joseph were poor. And they belonged to a powerless ethnic group hard pressed under the thumb of an oppressive government. So picture a young, poor, powerless adolescent.

She believed when the angel called her “favored one” and told her she would bear a son, though she had known no man. So she was a woman of God’s favor and faith, believing the impossible of God.

In her last month of pregnancy, she had to walk about 80 miles. She had to give birth in a strange, noisy, crowded, unsanitary city without pain meds or friends to help her. She was the primary witness of the incarnation–the arrival of the God-man to earth in the body of a baby. She had to place her baby in a smelly place where animals slobbber. She saw the shepherds come rushing in to proclaim the angels’ announcements. And later in a house, she witnessed the worship of magi and received God’s provision through their gifts. Then suddenly, with a newborn, she had to flee for about 200 miles. On foot.

In the song “Away in a Manger,” we sing that “the little Lord Jesus, no crying he makes.” But we must understand that phrase only as a snapshot of a moment when Jesus was asleep, not as a movie of the entire nativity. Did you catch that line in the previous paragraph about the incarnation? Jesus’s very humanity meant our Lord would have cried in Mary’s arms as a baby, just as he would later weep as a grown-up. Crying is part of the human experience. So part of why we can approach boldly our high priest today is precisely because Jesus the Christ was and is fully human in all ways like us, except without sin.

Often as we retell the Christmas story, we rush to emphasize who this baby would become . . . that he would grow up and die. And certainly this child was named Jesus because he would save his people from their sins (Matt. 1:21). But let us, through Mary’s point of view, linger a little longer at the cradle and treasure these things. There, like her we must ponder "what child is this?"

He is one of us. A vulnerable human baby. A child with a mother. Dignifying humanity and physicality. God on earth in flesh. Immanu-El—God, with us. 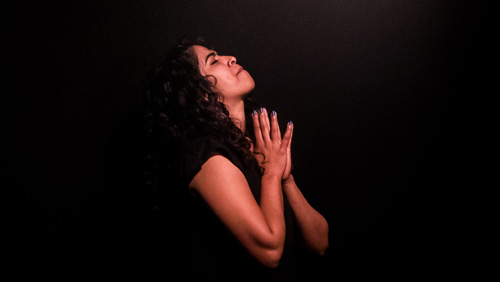 How Can I Make God Answer My Prayers My Way?

Praying for America with Franklin Graham in SC: Frustrated but Hopeful 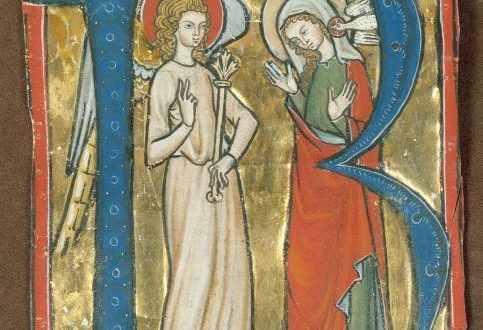 Preparing Our Souls for Advent – An Advent Primer