ABC News recently did a story on presidential candidate Michele Bachmann’s family business, a Christian counseling center run by her husband, Dr. Marcus Bachmann. The focus of the story was a biased, “can you believe this?” exposé of the fact that the counselors help people who don’t want to be gay, address their unwanted homosexuality.

They interviewed two people, a man whose mother had taken him to the clinic when he came out as homosexual, and an undercover reporter who brought two recording devices into the sessions with him. Neither man believed their homosexuality was changeable—and when it comes to the counseling office, if your mind is made up that something cannot be changed, guess what? It won’t be.

The reporter used the now-familiar phrase “pray away the gay,” which is an effective and condescending dismissal of what actually happens when people do successfully shift their sexual orientation. (And I personally know a number of people who have experienced significant and lasting change in their orientation.) Some do successfully engage in reparative therapy, which addresses the emotional deficits in those who find themselves attracted to the same sex using purely psychological methods. But what is more effective is the transforming power of the gospel in the life of a fully devoted follower of Jesus Christ. And, like all discipline of radical discipleship, which means saying “no” to our flesh and “yes” to the flow of Jesus’ resurrection power in our lives, it takes hard work over a period of years. There is no easy, 1-2-3 magic prayer to change the way we think and feel. Sanctification is a long process of cooperation with the Spirit of God.

The message our media pumps out today is that sexuality is fluid—except for homosexuality, which is fixed and can’t be changed. This means it’s okay to give into your secret cravings and come out as gay, in which case folks like Oprah will celebrate you embracing your “authentic self,” but it’s not okay to say, “God didn’t make me gay, and I choose to accept the identity HE gives me instead.” It’s not okay to say, “I used to be gay and now I’m not.”

Which explains why there was an explosion of rage when Dr. Robert Spitzer, eminent professor of psychiatry at Columbia University, released the results of his landmark 2001 study that showed that change is possible in highly motivated individuals: rare, in his estimation, but possible. (Dr. Spitzer had been the pro-gay lobby’s hero since he spearheaded the American Psychiatric Association’s removal of homosexuality from the DSM-IV manual, which is the psychiatrists’ bible of mental disorders. That decision was the result of caving into political pressure, not the result of any research.)

The idea that people can experience change not only in their behavior but in their hearts is threatening to those committed to the idea of homosexuality as a fixed and unchangeable truth. (I personally believe the reason for their insistence is an understandable defensive reaction to trying to change their orientation on their own unsuccessfully, including attempting to “pray away the gay,” which doesn’t work. I have written about why that is, here.)

Many of the loud voices insisting that homosexuality is not changeable hold to an unrealistic standard, that only a complete shift from 100% homosexual to 100% heterosexual constitutes change. I suggest that nowhere else do we hold to that standard: would we denounce a former alcoholic who has successfully lived for years in freedom from the destruction of alcohol, as not really changed if he thinks that a cold beer on a hot day still sounds good?

Dr. Spitzer’s findings back up the message of the New Testament: that Jesus Christ changes the lives and thus the behavior of people caught in all kinds of sin. Remember this list of changed people in the church of Corinth?

Do you not know that the unrighteous will not inherit the kingdom of God? Do not be deceived! The sexually immoral, idolaters, adulterers, passive homosexual partners, practicing homosexuals, thieves, the greedy, drunkards, the verbally abusive, and swindlers will not inherit the kingdom of God. Some of you once lived this way. But you were washed, you were sanctified, you were justified in the name of the Lord Jesus Christ and by the Spirit of our God. (1 Corinthians 6:9-11)

Change is possible. That is part of the good news of the gospel. And, for the believer in Jesus, change is a normal and expected part of being a follower of Christ.

Even if the world laughs at the notion with a “can you believe this?” contempt. Can homosexuals change? It’s not “yeah, right.” It’s “yes! Amen!” 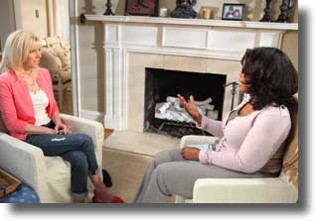 What is the “Authentic Self”? 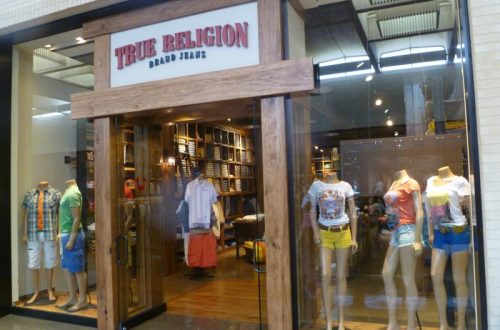 In a Culture of Never Enough, a Culture at War, “Learning” Real Contentment