Yesterday I received an email from a former seminary student of mine who told me his 29-year-old wife considers the past twelve months her hardest yet. Why?

Because they’re going through the martial, emotional, spiritual, medical, ethical crisis of infertility. Complicating the pain for many couples, this one included, is the dumb things people say. For some reason the subject of infertility, more than many other medical conditions, is surrounded by myths. So let’s lay a few to rest.

Myth: Infertile couples just need to relax and they’ll conceive. Infertility is not caused by stress—but it causes a lot of stress for many couples. Ninety-five percent of the time infertility is due to diagnosable medical factors. More than sixty percent of couples who seek medical treatment will eventually have a biological child. The percentage is much lower for couples who do not pursue assistance.

Myth: If you adopt, you’ll get pregnant. Adoption is not a placebo cure for infertility. The chances of an infertile couple conceiving are unaffected by adoption.

Myth: Couples going through infertility are at least “having fun” trying. Hardly. Fifty-six percent of couples experiencing infertility report a decrease in the frequency of their intimate relationship. Both women (59%) and men (42%) report a decrease in their level of satisfaction, and infertile couples overall report having five times the sexual difficulties of fertile couples.

Often the worst day of the year for an involuntarily childless woman is Mother’s Day, when going to a house of worship is going to the house of mourning. Seeing all the corsages is difficult enough, but then the mothers, young and old, are asked to stand. About the only females left sitting are children and those who wish they could have them. Surely we can find better ways to acknowledge the mothers among us and their important contributions. We have four months to plan ahead, so let’s get it right this year. By including in the bulletin, pastoral prayer and/or the sermon those for whom such days are painful, we have opportunity to minister grace to the one in six couples of childbearing age in our midst for whom the dreaded “M-day” is a time not of joy but of grief.

Following my first miscarriage, a message in the church bulletin said, “The altar flowers today are given with love and acknowledgement of all the babies of this church who were conceived on earth but born in heaven and for all who have experienced this loss.” The couple who dedicated them had six children, and theirs was the only large family I could be around for any length of time. Through their validation of our pain we caught a glimpse of the One who’s acquainted with grief. And as they crossed the aisle and stood by us during the music, with tears streaming down our faces we found new strength to bring our sacrifice of praise. 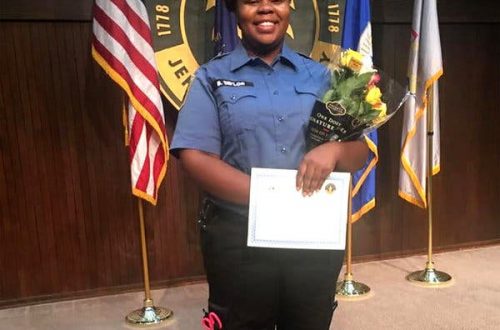 Breonna Taylor-The Tip of the Iceberg