On October 23, 2003 in New York’s Grand Central Terminal the StoryCorps Project was launched to celebrate the lives of the uncelebrated by giving people a chance to simply tell their story. A sound booth complete with proper lighting, a table, chairs and recording equipment was installed right in the middle of the station and the interviews began.

On October 23, 2003 in New York’s Grand Central Terminal the StoryCorps Project was launched to celebrate the lives of the uncelebrated by giving people a chance to simply tell their story. A sound booth complete with proper lighting, a table, chairs and recording equipment was installed right in the middle of the station and the interviews began. Dave Isay of National Public Radio created and directs the project.

To participate: you make a reservation, take someone with you, record a 40 min. interview and leave with a CD of the conversation and another CD is left to be archived in the Library of Congress.

The values behind the project are: everyone has a story and the stories of everyday people are as important as the celebrity stories in the media; that there is wisdom, poetry and wonder in the lives and stories of any person; that each individual wants to know that their life matters and will not be forgotten; and, that listening is an act of love.

The book published about the project Listening is an Act Of Love, A Celebration of American Life from the StoryCorps Project reports that it was powerfully life changing according to many who did the interviews. Some shared things they’ve never told anyone before; some confessed of abuse. One woman afterwards said, “Finally I was able to tell someone.” An especially powerful interview was recorded between a young man and his birth mother whom he did not meet until he was 20 years old. One woman, a teacher, has come back and brought different people/family members/ neighbors with her 100 times.

It is the largest oral history project ever. Since the launching in Grand Central Station they’ve added another permanent booth at GroudZero and launched three mobile recording studios that travel the country year-round in an Airstream motor home gathering stories. Well over 30,000 interviews have been recorded which includes 60,000 people.

Why has this secular project been so successful? Why is the telling of a story and having it listened to so powerful? Should we pay attention to this phenomenon… the importance of providing a place for people to tell their stories? And not only tell them, but to tell them to someone who will really listen?

Reynolds Price in A Palpable God, says “The need to tell and hear stories is second only to nourishment even before love and shelter…the sound of story is the dominant sound of our lives.” Daniel Taylor in Tell Me a Story, “Desire for meaning is the originating impulse of story.” He sees story as an impetus for identity.

Deep within us is this innate desire to be known, to be valued, to have meaning, to be connected with others AND to be remembered. The StoryCorps project has captured this natural longing by giving people a place to do this…consequently people’s lives are impacted.

Should we be surprised that this rings true?  Story was God’s idea. Humankind was created in God’s image. He is the one who placed deep within us this innate desire to be known, to be valued, to have meaning, to be connected with others and to be remembered.

While secular in nature StoryCorps project’s tenets validate the biblical truths that each person’s story is valuable because each person is created in God’s image (Gen 1:27) and matters to God (John 3:16) because each person’s story has a place in God’s grand story, the meta- narrative – the overarching all- embracing story of humankind. For Christians, this meta-narrative is the biblical narrative of salvation history—creation, fall, redemption and finally, the new creation.

No story would exist if God’s Story did not exist. If God THE Storyteller had not initiated the story there would be no story. Each of our individual stories fits into His larger story.

Have you ever told anyone your story? Would you like to? Let me challenge you to simply ask someone to tell you their story and then, really listen. And then, ask them if you can tell them your story and see what happens. 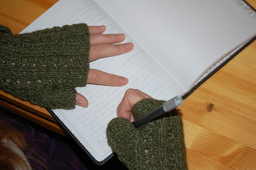 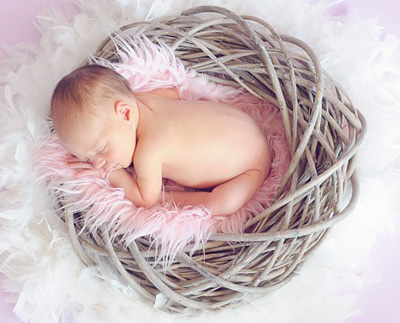