A lot of people think it all started on October 5, 2017, when the New York Times first broke the story accusing Hollywood producer Harvey Weinstein of sexual harassment. Actually, as far as I know, the real first “Me Too” movement started a decade ago by the African-American activist Tarana Burke. And ten years from now, we’ll probably still need one.

But about the recent one… Ten days after the NYT story hit, actress Alyssa Milano tweeted, “If you’ve been sexually harassed or assaulted write ‘me too’ as a reply to this tweet.”

Soon, the #MeToo hashtag took over social media. Twitter alone had more than 50,000 uses. But Facebook had 12 million. Twelve. Million.

I almost didn’t put the following post on Facebook. But I mustered the courage to hit “return”:  "So many have been groped, objectified, threatened, stalked, or violated at some point. Me too. And by the time I was 17, five of my friends had been raped—that I knew about. I believe you. #metoo"

I went on to explain: In middle school two boys would stand together and daily comment on their assessment of my private body parts; in high school one of my dates drove us (against my will) to a remote place and kissed and groped me repeatedly, tho I told him in no uncertain terms to stop it; a male nurse lifted my blankets to peek at my body after surgery—till a doc in the recovery room who saw it called him out; a wrangler tried to grope me (after groping the two other women with me) while helping us off our horses; a student would not stop sending me inappropriate emails and letters. Etc.

I almost didn’t post this to my FB wall, because my experience is way tamer than that of most women. But ultimately I told myself that this is not the Suffering Olympics. Nobody is competing for the worst abuse.

I also almost didn’t post it, because women should not have to. But we live in an unideal world.

And I had another reason for hesitating. People would think I was looking for sympathy.

In the end, I decided to post anyway, for one reason: to normalize speaking up. And to de-normalize the abuse.

Some wrote to remind me that God is in control. Amen. I never doubted that. But that was not a reason to remain silent.

Some wondered if my post was rooted in bitterness. It wasn’t. But even if it was, that’s not the point.

My speaking out, knowing my motives would be misunderstood, like that of many participants, was done to normalize speaking up in a context in which sexual harassment and abuse has been the “normal” it-happens-all-the-time-so-why-fight-it thing.

One person told me there was nothing to be ashamed of. And of course that’s true. But I was and am absolutely not ashamed. I did nothing wrong. But even if I was or I did, that’s not the point.

Many do feel shame. And that is part of the point of #MeToo. These women often think they are the only ones. Or if they did speak up at the time, people asked what they were wearing when they were violated. Or “were you walking alone”? As if such details forced the hand of their perpetrators, making the women complicit.

The more people realize how widespread the problem is, hopefully the more they will believe those who come forward. And hopefully, the more people who have kept secret the wrong done to them can read others calling it wrong, they will recognize that what happened to them is not supposed to be normal.

Plus, Bill O’Reilly and Roger Ailes and Woody Allen and Bill Cosby still walk freely. So we have a lot of work left to do.

The Weinstein travesty and #MeToo raises all sorts of issues about legitimate fears of speaking up and the reasons for it. One big reason violated women remain silent is that they risk character defamation, even though what happened wasn’t their fault.

I once walked through a village where a handsome, young man had to bathe in public in a barrel outside his home (he was poor). What did I do? I looked away. And walked away. If I had touched that guy, it would have been fully my fault. Even though he was naked in public. Which is why we must stop asking females who were raped what they were wearing or where they were when it happened. As if that had one whit to do with responsibility for the crime.

Those of us who can speak up (and not all can for myriad reasons) have as our goal the normalizing of speaking up vs. allowing people to think that the evil behavior—anything from catcalls to groping to rape to holding women as sex slaves—is normal.

Naming what happened for many has been the first acknowledgment of what was done to them, and helped them realize they have no reason for shame. A lot of women did that for the first time because of #MeToo.

Many, many women who have spoken up in the past have been ignored. (Of course abuse happens to men; but, fortunately, they are usually believed.) Women are still being slandered. If someone accuses a famous man (and men with fame have more power, so are more difficult to hold accountable), people assume the accusation is fabricated. Rarely it might be. But #MeToo helps us demonstrate how often such abuse happens, so people realize the odds that a woman is telling the truth when she speaks up.

Some say the whole #MeToo thing is just another fad, another trend that will change nothing.

What if it is? “All sin and are falling short of the glory of God.” That won’t change. We will always have evil with us. But while we live in a devils-filled world that threatens to undo us, we are called to do justice, love mercy, and walk humbly with our God. We are called to tell the truth in love. So we press on, often repeating and repeating what we’ve done and said before.

The one thing we are not responsible for is the results. 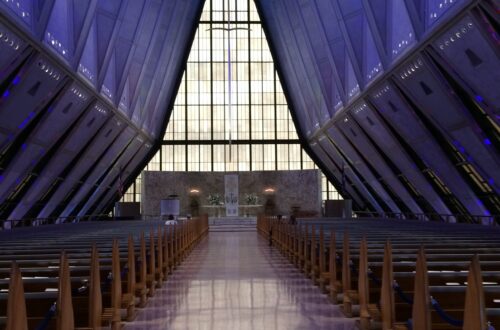 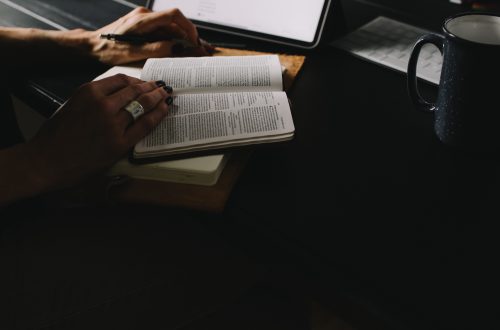 The Bible: Women Are More Present Than We Might Think