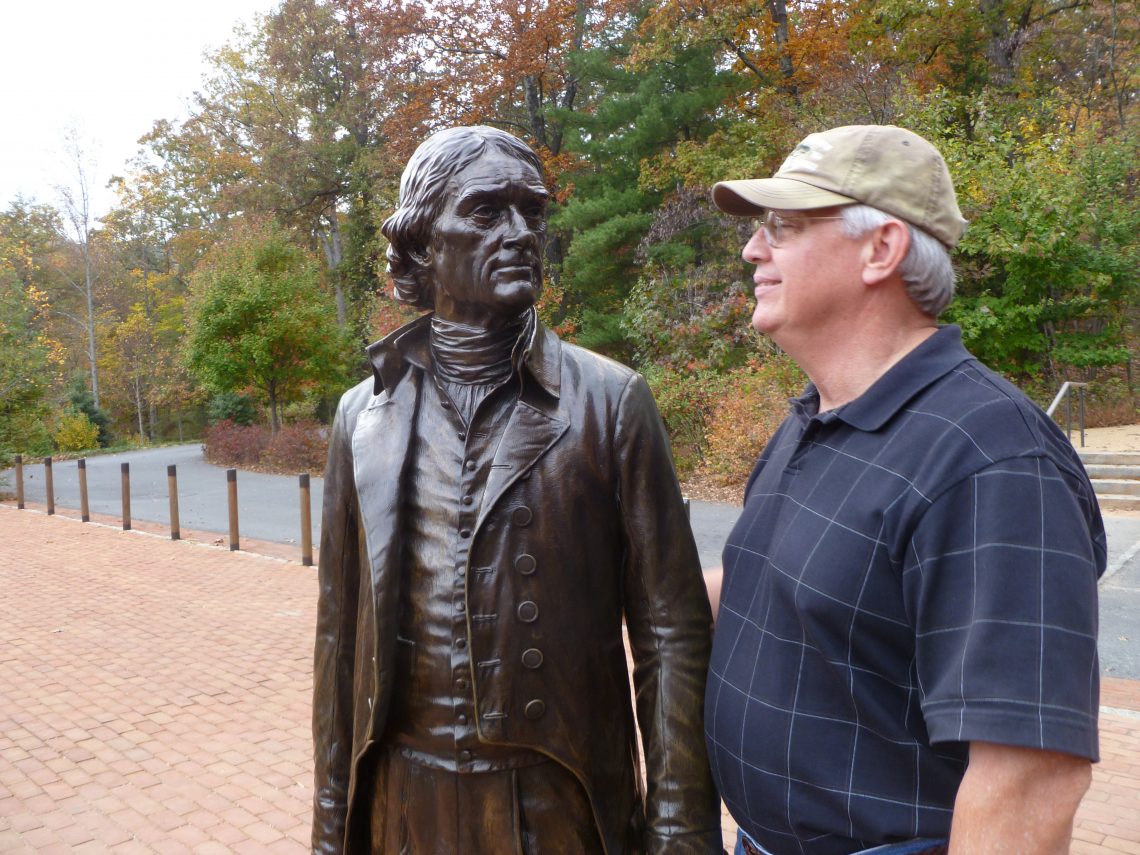 The wrenching death of George Floyd has energized the cancel culture to the tipping point. Statues of Confederate generals, even our Founding Fathers are tumbling down while police stand down from “sanctioned” protests. The leader of one grass-roots group, Take-em-Down NOLA, said after the Charlottesville protest, “We recognize the original sin was the genocide of the Native Americans and the enslavement of the Africans. People bring up the fact that [slave masters] were Founding Fathers. That’s people’s opinions, but for us what disqualifies you is the slave-owning.”

Now, after Floyd’s death, this claim is boiling into action and in blue states and cities critical masses are embracing this perspective: slavery and racism are the “original” and unforgivable sins of America. As we just heard over the July 4th holiday, many protesters cannot join in the celebration of the founding of what they believe to be a racist state. As followers of Jesus, how should we respond to this claim?

(Before we get to that, in a previous post I made the case for empathy for racial minorities with regard to removing Confederate symbols. But even as I re-read that post in the wake of George Floyd’s death, I realized that when I wrote it, I had not lived my way to the measure of understanding and empathy with which I write today.

Yes, the ensuing national conversation has been co-opted by outbreaks of rioting and violence. But if we have ears to listen, we can learn more about the everyday reality that our black neighbors face and seriously discuss changes we still need to make. George Yancey, a Christian sociology professor at Baylor University, encourages us to wait another month while emotions ebb a bit and then make real efforts at these conversations which he details more in his book, Beyond Racial Gridlock.)

Now I’d like to take a closer look at the surprisingly religious beliefs that slave-holding and racism are the “original” or unforgivable sins of America. John McWhorter described it this way in The Atlantic:

[T]hird-wave antiracism is a profoundly religious movement in everything but terminology. The idea that whites are permanently stained by their white privilege, gaining moral absolution only by eternally attesting to it, is the third wave’s version of original sin. The idea of a someday when America will “come to terms with race” is as vaguely specified a guidepost as Judgment Day. Explorations as to whether an opinion is “problematic” are equivalent to explorations of that which may be blasphemous. The social mauling of the person with “problematic” thoughts parallels the excommunication of the heretic. What is called “virtue signaling,” then, channels the impulse that might lead a Christian to an aggressive display of her faith in Jesus.

David French labels it a “secular fundamentalism” characterized by certainty and a loss of humility as “…many anti-racist progressives are in the midst of a hunt for ideological heretics, and even the oldest sins can’t be forgiven. Consider that on Friday a Boeing executive resigned after an employee complained about an article he wrote 33 years ago opposing women in combat.”

How ironic to use Biblical language to describe something that is absolutely not in the Bible. And in fact, goes counter to the great Biblical theme of grace woven throughout its larger story.

The original sin was choosing self over God. All other sins pale by comparison. But even there, God’s grace covers our sin. Forgiveness is ours if we repent and turn to the One who died for our sin. He removes our guilt. Likewise we can forgive others who have sinned egregiously, including the sins of racism and slavery based on racism.

Even if we live in a time where we are blinded by sin that is universally accepted, God shows us that he still loves and accepts sinners. (While we were still sinners Christ died for us (Romans 5:8).  We should likewise love and accept others too. 1 Cor 13 tells us that love is patient and kind. Love bears all things. How different is a movement that cancels a man’s job for an article he wrote 33 years ago.

We worship a God who restores big sinners who repent. Think of Abraham who lied and put Sarah in peril in the harem of a neighboring king. Twice! Think of Moses who killed the Egyptian. David who committed adultery and murder and still retained his crown.

Big consequences resulted in exile, broken families, and painful loss for these men. (Likewise we are now seeing the terrible consequences of America’s sins of racism and slave-holding play out nightly on our TVs.)

But God upholds the honor of Abraham, Moses and David. He called Abraham a “friend of God” and David “a man after my own heart.” He talked to Moses “face to face.” The clear pattern of their lives was to choose God by faith over self.

Can we still honor someone who lived and died, blinded by their sin and unrepentant? Let me respond with another question:

• When someone gives you an extraordinary gift, and leaves an inestimable legacy, is it good to respond with gratitude and honor?

Yes, Washington and Jefferson held slaves. But they sacrificed deeply to give us our country. They risked being drawn and quartered, the loss of all they owned. They risked their “sacred honor,” their reputations and the right to be honored. They spent months, even years away from their families, either hammering out our Declaration and Constitution in Philadelphia, or fighting the Revolutionary War or seeking political and financial support in Europe.

No other founders save Adams, who didn’t own slaves, and Franklin, who owned yet freed his slaves and became an abolitionist, gave us such great gifts of vision, principles and example that have nourished and sustained our country. Without them, it’s probable that America as we know it would not exist.

When it came to owning slaves, Washington freed his at his death. Jefferson, who cast the vision that “all men are created equal” and wrote it into our republic’s Declaration of Independence knew that he was not living consistently with his vision of freedom and equality. He keenly felt the tension, but simply did not have the character to translate that belief into actions. He lived a lavish lifestyle and could never bear to give it up. He was continually in debt but would not sell his property, including (as he saw it) his slaves, to settle his accounts. He left it for his children to deal with after his death.

But as we read what he wrote–The Declaration, The Virginia Statute of Religious Freedom, his Notes on the State of Virginia, his Report of a Plan of Government for the Western Territory—we can see a soaring intellect, an unmatched ability to put great thoughts into elegant words, and a vision for a country of united states that would stretch from sea to shining sea. While he was not a great man or a hero, we can give honor and grateful tribute to Jefferson in proportion to the gifts he has given us.

To the protesters who want to rid America of every monument, every legacy of racism, we can ask, what about our Declaration of Independence, written by a slaveholder? What about our Constitution, negotiated and ratified by entire delegations from slave-holding states? To destroy them is to destroy the foundation for the very liberties that enable your protest–freedom of assembly and speech, as well as the acknowledgement that “all men are created equal and endowed by their Creator” with inalienable rights to “life, liberty and the pursuit of happiness.”

I empathize with the protesters’ desires to have statues honoring Confederate leaders removed. Hopefully each state can build a consensus around which monuments to honor in the public square and which to tuck away into museums. Were they all “racists” in the George Wallace vein? Did they all work to destroy the United States of America?

Certainly that was not the case for Jefferson or Washington. They sacrificed greatly to create our nation and help it flourish.

“Pay to all what is due them — respect to whom respect is due (Rom 13:7).” We have received such extraordinary gifts through the founding of our beautiful nation. In a spirit of humility, knowing that we are all sinners, knowing that we all have blind spots induced by our own cultural period, let us honor these men who have given us such remarkable gifts. And leave their ultimate judgment to the One who knows exactly how damaging each sin is, and how lavish is his mercy on each one who turns to him.

I believe we can celebrate the great gift of America’s founding and cherish the legacy of Washington, Jefferson and all the other founders who sacrificed so much to give us our beautiful country. 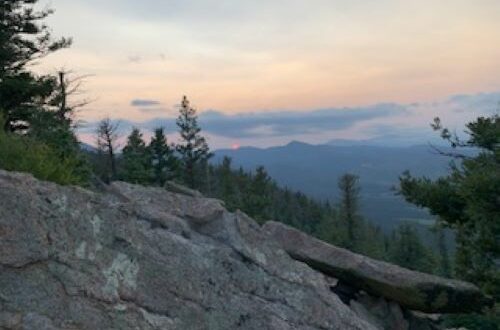 Benefits of Being Outdoors 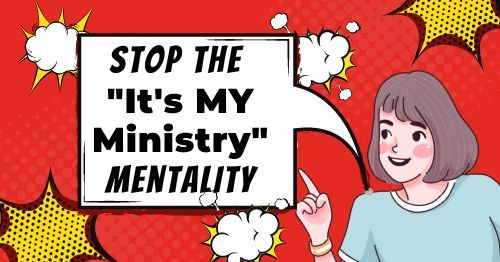 Stop the “It’s MY Ministry” Mentality 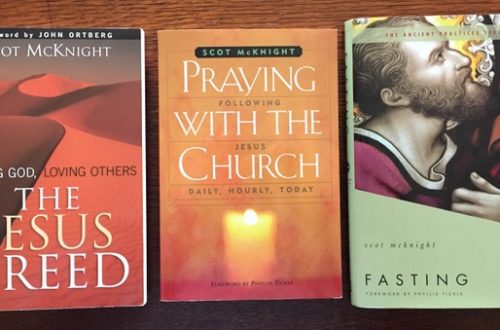