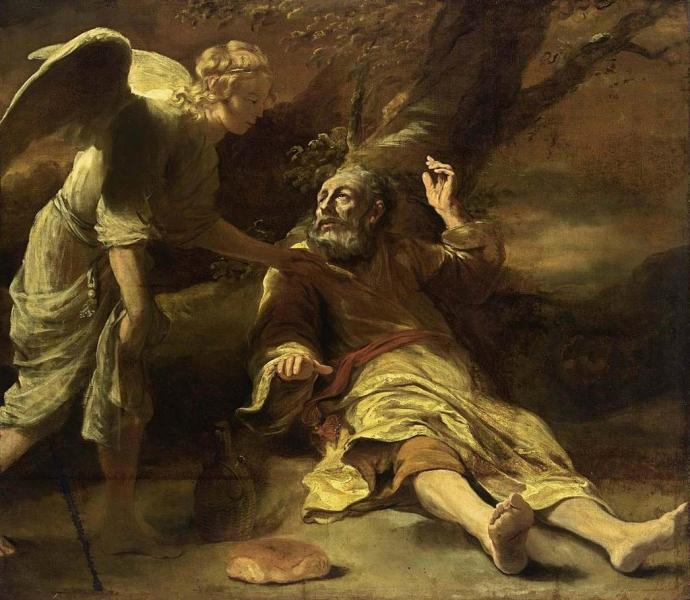 The lack is so impacting that you don’t think you can keep going. You want to give up. You may have even decided to give up and in the most extreme of moments you make the decision TO give up. You have had it – the pressure is too great. For whatever reason you can’t go on.

Maybe you did not plan well; maybe you are a player in circumstances beyond your control; maybe you made some really bad choices and now have to live with the consequences. Whatever the cause and whoever is responsible the fact is that you are done. You absolutely have nothing left to give – depleted, drained, SPENT. This is the place in which you find yourself.

Such is what happened in the life of Elijah.

Pull back the curtain with me to observe a small vignette, included in the canon of scripture, from the life of this man of God, Elijah. We see in the middle of his story a sub story about his utter exhaustion and wish to die (I Kings 19:1-9). How could this be?

Elijah, a prophet of the Lord in Israel during the reign of King Ahab, was a righteous, powerful man who listened to God; was unafraid to speak out against the evil reign of King Ahab; lived most of his prophet life on the run and did amazing things (I Kings 17).

He predicted a famine in Israel; in hiding he drank from a brook and was fed by ravens; he brought a boy back to life (I Kings 17:1- 24). He defeated the prophets of Baal at Carmel in the dramatic encounter test of God setting fire to the completely drenched altar (I Kings 18:16-46). He was taken to heaven in a whirlwind (II Kings 2:11-12) and later appeared with Moses at the transfiguration of Jesus (Mark 9:1-8).

We read in the New Testament that, “Elijah was a man just like us. He prayed earnestly that it would not rain and it did not rain on the land for three and half years. Again he prayed and the heavens gave rain and the earth produced its crops.” (James 4:17-18)

In spite of his powerful presence and gifting Elijah was “a man like us” – human. Even powerful men and women of God get tired and need replenishing. Everyone. No one is exempt. This is reality of humanness. One can push only so far and then it’s all gone – the energy, the resources – monetary, physical, emotional.

Elijah had been the instrument of God’s vindication of Himself proving to all the prophets of Baal that God was the only God. After the huge victory for God and for Elijah on Mount Carmel a simple threat from King Ahab’s wife Jezebel undid Elijah. Because of his utter exhaustion and depletion he had no resources left to even think clearly so was vulnerable to believe that Jezebel would get and kill him.

Jezebel was not your ordinary king’s wife. King Ahab did more evil in the eyes of the Lord that any of those before him. He married Jezebel, a priestess of Baal, a strong and evil woman in her own right. Ahab began to serve and worship Baal as influenced by his wife and did more to provoke the Lord God of Israel to anger that all the Kings of Israel before him.  (I Kings 16:25-30). It was a grim situation.

The text tells us “that Elijah was afraid and ran for his life” (I Kings 19). This man who confronted the prophets of Baal to prove God was God and had seen God do miraculous things, out of utter exhaustion, ran away into the wilderness, sat down under a broom bush and prayed he might die. “I have had enough Lord; take my life”. Then he lay down under the bush and fell asleep.

Continued in the text…“All at once an angel touched him and said ‘get up and eat’. Elijah looked around and there by his head was some bread baked over hot coals and a jar of water. He ate, drank and then lay down again.” The same thing happened again and evidently, as the angel said this food and rest sustained Elijah enough to continue in his journey and ultimately encounter the living God in a cave 40 days later.

While this is a story about the prophet Elijah, it is also a story about God and His omnipotent, omniscient Presence and how He cares deeply for His children who are serving in the battle on His behalf. He was there all along- present beside Elijah.

What do you take away from this story and how do we respond?
•    You can get completely exhausted thinking you cannot go on. We must live in the reality of our human frailty and weakness and realize we are not God.

•    Exhaustion mediates our normal good responses and can blow healthy thinking to the point we want to die. When you are at that point, recognize you need to get some rest and replenish what was drained out of you. Take a nap, recalibrate, rest, restore!

* While Elijah had had it and in sheer depletion was ready to die he learned with the Psalmist,  “My flesh and my heart may fail but God is the strength of my heart and my portion forever; the sovereign Lord became His refuge” (Psalm 73: 26,29).

*   Realize that our God is absolutely present and will NOT forsake us and will provide a way back as He did for Elijah. The God whom Elijah fought on behalf of now with great compassion met and cared for Elijah’s need “For He will command His angels concerning you to guard you in all your ways.” Psalm 91:11
“Are not all angels ministering spirits sent to serve those who will inherit salvation?”Heb.1:14

*    Just because you walk through an episode of depletion, burnout and spentness and thought you wanted to die, God’s  invitation to come back is still there. Depletion does not equal finished. He has more for you to do. He is not finished with you yet.

*   If you are in a place of restoration, consider who there might be who needs your restorative care and reach out to them in availability as God leads and empowers you. 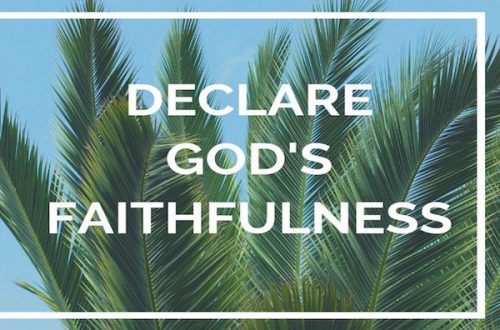 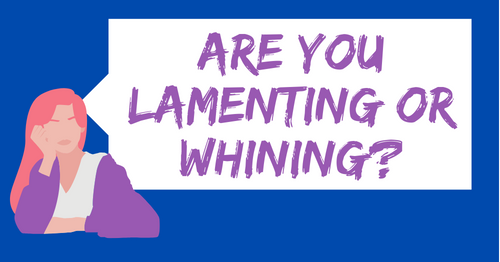 Are You Lamenting or Whining?