AD 33, 9:00 AM Passover Friday, the Place of the Skull, a public place near Jerusalem.

Many people are coming and going, some stopping to see what was happening, observing three men on crosses, two criminals with Jesus in the middle.

A large crowd had followed the crucifixion detail out of the city to the place of execution, the place of the ultimate wilderness…

No one knew it was the ultimate wilderness on that spring morning. Not the Pharisees or the Sadducees, the instigators of the crucifixion. Not the high priests who brought the trumped up charges against Jesus. Not Pilate, the Roman Procurator, who gave legal sanction to the sham crucifixion. Not the Roman soldiers, the innocent crucifiers who simply carried out their orders. Certainly not those who knew Jesus the best, the disciples, who were desperately afraid and completely confused. Not Mary, the mother of Jesus, whose pain and grief cannot be understood or described. Not the beloved disciple, John, who stood with Mary and sustained her through her ordeal. Clearly not Judas, the traitor, who, overwhelmed by the horror of what he did, went out and hanged himself.

No one knew except for the One on the cross, Jesus, the Savior of mankind.

The crucifixion was nothing like the romanticized and sanitized version we hear about. It did not occur on a green hill far away but on what appears to be a busy thoroughfare with people going about their business, hurrying to get things done before the Passover Sabbath when all commerce would stop for this high and holy day.

It was a crossroads crucifixion, as all Roman executions were, deliberately carried out in public as a deterrent to disobedience to Rome. On that busy entrance into Jerusalem a significant number of people stopped to see what was happening at Calvary, the Place of the Skull.  Earlier one such person, Simon of Cyrene, who was innocently coming into town from the country, had been pressed into carrying the cross beam to which Jesus would be nailed. Others read Pilate’s words in Hebrew proclaiming Jesus as the King of the Jews, words he would not change. Still others, passers by, shook their heads in derision and hurled insults at him while the robbers also heaped insults on Him until one of them repented and received the assurance of salvation that very day. The chief priests, elders, and teachers of the law mocked Him as He entered the ultimate wilderness.

What makes Calvary the ultimate wilderness? Of all the times in history when a man entered a dry and barren moment in life, Calvary has to be the worst. To be utterly innocent and yet die the death of the most guilty, to be totally powerful and yet die the death of the weakest of the weakest, to be the greatest of the great and yet die the death of the least of the least. What could be a greater a wilderness?  The agony of His wilderness began the night before in Gethsemane when He took His men with Him to His favorite escape in Jerusalem to be alone with His Father. This was where He found strength to continue no matter what He faced. His men knew this was the place of peace for Him, that’s how Judas knew where to find Him so the soldiers could arrest Him. His soul was devastated, sorrowful unto death itself. He needed support to make it, not only from His Father, but also from His men.

Yet they let Him down—they couldn’t stay awake. It was a bitter taste of the wilderness to come. Clearly He was disappointed in them. The one time He counted on them for strength and support, they forsook Him.

The Cry that Had to be Uttered

Now on this sunny spring morning the air is pierced with the screams of the suffering, the shouts of the crowd, and the taunts of the soldiers. Only Jesus has dignity, something that was true from the moment of His arrest right through the crucifixion.

At noon on that day darkness came over the whole land until three in the afternoon. The curtain between the holy place and the holy of holies in the temple, cutting off the entrance of man from the presence of God, was torn in two. A new way of intimacy opened between God and man through Jesus.

The earth quaked and some graves opened releasing their dead in resurrection. About three o’clock that afternoon Jesus entered into the depths of the ultimate wilderness when He cried out the most awful words in history: My God, my God, why have you forsaken me?

That’s the ultimate wilderness: being forsaken by God. He knew why the Father had to turn away from Him, He knew He had become sin itself, and the holy God had to turn His back on His Son. The cry came from the deepest depths of His soul; He could not hold it back. The ultimate wilderness tore His very being even as that curtain was torn in the temple,

There is the human in this cry: My God, my God. Jesus the man had been in unbroken fellowship with His Father all His life. God has been His God. He has lived in radical dependence on His Father through the Holy Spirit.  He has done nothing apart from His Father, and His Father had continued with Him at all times. For the first time in His life, He could not find His Father; He was entirely on His own, and it was more than He could bear. The horrors of sin crushed His spirit in that awful moment.

Yet there was something even more overwhelming in that cry. It’s not just the cry of a Man who lived a totally holy life and felt all the evil of sin placed on Him so His very identity became sin. It’s the cry of the Man who was God.

There’s something infinite and eternal in that cry, something we can’t begin to understand, but something we can try to describe. For all of eternity He and the Father had been one in every way, one in ways we can never grasp. Now that infinite fellowship is broken by the infinite price the Father, Son, and Holy Spirit had to pay for our leadership.

Yes, our leadership, our gifts and our opportunities come at the expense of the broken forsakenness Jesus suffered on the cross. It’s as if the whole trinity asked the same involuntary question, each knowing the answer.

We cannot be small leaders centered on small goals, measuring ourselves in the small ways of our world. We must live up to the big price that the Father, Son, and Holy Spirit paid so we can be their kind of leaders. We must pursue the zigzag line of life to fruitfulness.

We can do this because Jesus entered the ultimate wilderness, death, and not just death, but death for sin, so we would never have to go there. The wilderness wanderings that we face lead to life, not death, because He entered our ultimate wilderness for us. He’s the one who finally straightens out the zigzag line.

Zigzag to the Ultimate Destination

Every time we enter a wilderness season when we seem to be wandering aimlessly in confusion, or we feel that life is over—our career has crashed or our ministry has ended—we find resurrection in the midst of our confusion.  If we will trust God and His good purposes for us even when we can’t see where we’re going or understand what’s happening to us, we can find strength to rise above our circumstances and anxieties and respond with a peace that no one understands. That’s resurrection. We die many deaths on the zigzag line, but we can also rise from the dead as many times as we die.

We must trust Him, rest in Him, and take risk with Him. That’s how we get to His resurrection for us.

The fact that Jesus has faced the ultimate wilderness in our place, the fact that He died in our stead, must impact our lives and our leadership. We must be leaders in resurrection, leaders living out of our trust in the Father, not leaders dying under our own control. We must take the risk of resting in our Lord on the zigzag line of life, not wrestling in ourselves.

When we take that risk, even when the worst happens and we fail or lose our leadership or our children suffer or we are publically humiliated, we have the certainty of resurrection in Christ. Jesus has passed through the ultimate wilderness for us.

The zigs and zags of the wilderness line leading to fruitfulness are resurrection way stations along the path to God’s ultimate purpose for us: to usher us into His presence conformed to the image of Christ.

Our success is not His highest priority as it has been mine. He does not need our success to accomplish His aims; He can be successful entirely on His own. Conformity to Christ is what the zigzag line is all about, and, while it often doesn’t make sense to us, it does to our Father. While He does not need our success, He does want us to be successful in our accomplishments as well as in our character and that is why He has us on the zigzag line.

There is a determinative connection between who we are and the fruit we bear. Unless we learn to trust Him, others will never trust us, and without the trust of our followers, there’s only one thing we can do: fail.

As the curtain in the temple was torn so we can enter freely into God’s presence, so the curtain in our hearts must be torn for God to work freely in us. God has done everything He can to tear down that curtain, but it’s up to us to take down that ragged and worn-out hindrance to God’s power through us.  We hide behind the tatters of a useless curtain and refuse to enter our ultimate wilderness with Christ. We refuse to face and deny self and take up the cross as Jesus called us to. Of course we think we have taken up the cross, and we have undoubtedly many times.

But until leadership is no longer about us, until the only stake we have in leadership is God’s glory, and the stain of self no longer scars our leadership, the tatters of that curtain remain in place.

Let the zigs and the zags of life bring you into His resurrection power so He can work through you. Then, at last, the zigzag life will become the shortest line to fruitfulness for you.

From "The Ultimate Wilderness" on www.leaderformation.org/blog

None Has Been Forgiven Little 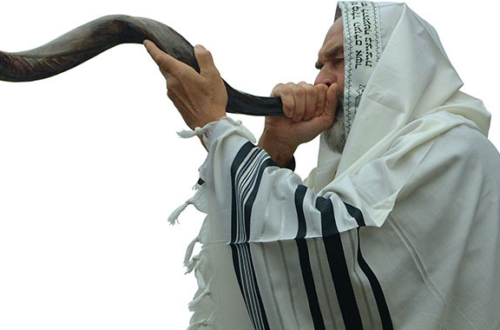