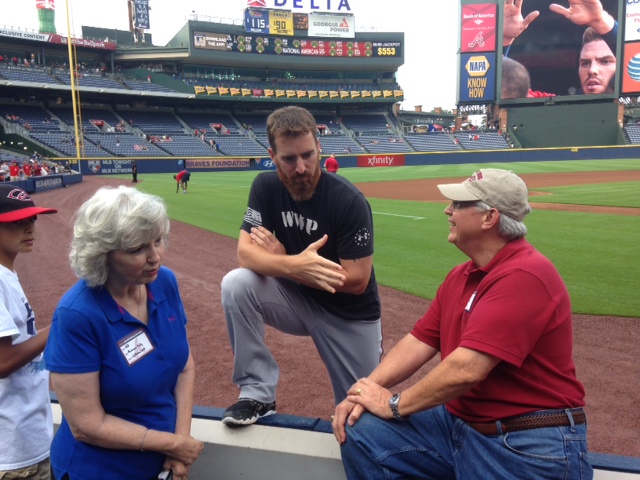 “I had the strangest dream,” my husband Jack told me at breakfast last Tuesday. “I dreamed I was walking with Adam down a long corridor headed to the field and he told me he was retiring from baseball.
“It was unlike any dream I’ve ever had, extremely vivid and high-def. Adam was sad so I put my arm around him to comfort him. I prayed for him. Then he walked on down the corridor and out onto the field to make his announcement.
“After all these years that would be sad,” I said.
“And then I woke up. It was only 5:30 am so I took it as a prompting from God to pray for Adam.”
Jack and I have known Adam since his family joined our church back in the 90’s. He baptized Adam and took him on his first hunt, a squirrel-control patrol. We’ve attended his Atlanta Braves and Washington Nationals games. His mom is one of my best friends. So we didn’t think it all that unusual for Jack to have a dream about Adam. Until later.
When I spoke with his mom, Patty, at 9:30 that morning I told her about Jack’s dream. She appreciated Jack’s prayers for Adam, especially since he has been dealing with some back spasms in spring training.
Shortly afterward Patty forwarded to me a stunning email from Adam. A front office member of the Chicago White Sox had told him that Adam’s son, Drake, was no longer allowed to accompany him on the field. He and his wife had decided to retire from baseball and move on to the next chapter.
Adam had originally sent the email to his wife at 1:53 am mountain time. When you adjust for time zones that turned out to be just a half an hour before Jack’s dream. Adam’s wife then forwarded it to Patty shortly after we talked.
Even in breaking the news to his family Adam hadn’t named names or cast blame. He expressed zero regrets and a thankful heart “to my Father in heaven” and his family for the rich blessings he had received–a class act in private as well as public.
As the news made its way into The Chicago Tribune, ESPN and Fox Sports News it was cast as a story of rejected compromise: The White Sox president, Williams, had asked Adam to dial back Drake’s time on the field and the clubhouse and Adam was refusing, resigning instead, and taking a lot of heat for seeming so unreasonable.
What we know now

As a strong follower of Jesus, Adam’s priorities have always been on loving God and his family well. His son Drake, always well behaved and respectful, has accompanied him to spring training ever since he was a little guy.
When Adam began to negotiate his contract with the White Sox his first request was if Drake could accompany him in the clubhouse and on the field with complete freedom.
The White Sox agreed verbally. But now they were revoking that privilege. Read details from Adam here.
Once Adam resigned the team revolted. The more details leaked out, the more the disagreement exploded.
No longer simply a sports story, it spread across the morning shows and cable and network news, with many alternately condemning and defending Adam.
It’s sad to read comments from those who know so little about him. They criticize him for walking away from the team and especially the money. They question his motives, why he wants to have his son with him, and why his son isn’t in school (Drake’s schooling is well covered).
They wonder why Drake isn’t with kids his own age. So many think it somehow aberrant for a father and son to want to spend that kind of time together, as if father/teen son alienation is the way things should be instead of an all-too-common symptom of relational brokenness in today’s world.
In private as well as public Adam has also seen an outpouring of support. One rabbi, Daniel Wolfe, wrote an open letter to Adam on his blog, “…[you chose] to walk away from thirteen million dollars, and the game you love, to stand up for your child.
“And what message does that give your son? I will tell you, Mr. Laroche, what your son is thinking. ‘I am more special to my dad than a game. I am more important to my father than any amount of money. I am my father’s pride and joy, and he cannot fathom engaging in a career during which he cannot spend a tremendous amount of time with me. My dad loves me more than it is even possible for me to fathom.’
“I fervently pray, Mr. Laroche, that I will be able to imbue an identical message to each one of my precious children. On behalf of parents everywhere, I sincerely thank you for the incredible, mind-blowing inspiration you have given us.”
As I read Rabbi Wolfe’s comment, I think about Jack’s dream. I firmly believe that God’s timing is his signature. He shows up in the nick of time, the crucial moment to assure us that the message or provision is from him.
Minutes after Adam sent off the news of his retirement decision we believe God gave Jack his incredibly vivid dream. He knew it would validate Adam’s decision to walk away from millions and face some intense criticism for it.
We also believe that when God wants to bring his power into the circumstances of earth he stirs up people to pray.
God knew that the story of Adam’s retirement would be much bigger than a normal sports story. He knew it would bring glory to himself and encouragement to fathers everywhere. He began stirring up prayer hours before the team or the media or the fans would even begin to react.
God knew Adam would need prayer. I believe that Adam’s heavenly Father wanted Adam to know, in the words of Rabbi Wolfe, that he was more special to him than any game, any amount of money. That Adam is his father’s pride and joy, and loves him more than it is even possible for Adam to fathom.
If we could only grasp that he loves each of us just as deeply. That he is constantly moving in extraordinary ways to get us exactly where he wants us to go with just the provision and prayer cover we need.
What a stunning glimpse behind the curtain of redemption as we move into Holy Week. A look at the One who did not spare his own Son but gave him up for us all. A look at Jesus hanging on the cross: “You have no idea how much I love you.”
What do you think of Jack’s dream? Ever had one like it? What do you think of Adam’s decision? Please tell me what you think in the comments below…
Post Views: 339 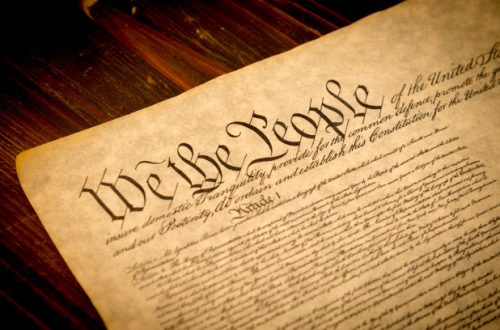 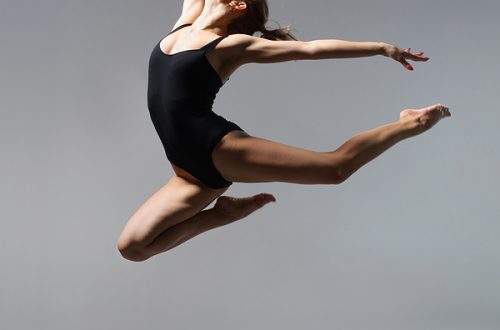