In a recent blogpost titled, “Jesus will never unfriend you,” Pastor Patrick Thurmer explores the theme of the Son being the “friend of sinners” (see Matt 11:19; Luke 7:34). As the author notes, based on 1 Timothy 1:15, Jesus left the glories of heaven to offer Himself on the Cross as an atoning sacrifice. His intent was to make salvation freely available to eternally condemned “sinners.”
Pastor Thurmer draws attention to Facebook, where individuals one barely knows can either be “friended” or “unfriended” with the click of an on-screen button. In sharp contrast to this languid and watered-down notion of “friendship” popularized on social media, Jesus’ commitment to redeem the lost forever remains unconditional and unmitigated.
The above truth is the theological cornerstone for the beloved Christian hymn, “What a Friend We Have in Jesus” (text by Joseph M. Scriven; music by Charles C. Converse). Worshipers affirm that Jesus, their eternal and faithful friend, is the source of their pardon, peace, protection, and power, regardless of their anguish-filled and temptation-laden circumstances.
Indeed, down through the centuries, 2 Corinthians 5:21 has reverberated the truth that the Father made His Son, who never sinned, to be our sin offering. Jesus did this so that in union with Him, believing sinners might “become the righteousness of God.” Put another way, Jesus’ secured our pardon by shouldering our condemnation and guilt at Calvary.
We can appreciate even more the biblical notion of friendship when we consider the few luminaries in the Old Testament whom the Creator considered to be His friends. For example, Exodus 33:11 reveals that the Lord often spoke to Moses “face to face,” just as one person would speak in a direct and personal manner with a “friend” (such as close neighbor or trusted associate). The esteemed lawgiver also enjoyed being called God’s “servant” (Num 12:8) and “prophet” (Deut 34:10).
Likewise, several times Abraham, the famed patriarch, is called the Lord’s “friend” (see 2 Chron 20:7; Isa 41:8; Jub 19:9). The underlying idea is that Abraham enjoyed a special covenant relationship with the Creator, one characterized by open and immediate access to the Lord. Interestingly, James 2:23 links Abraham’s friendship with God to the patriarch’s response of faith and being declared righteous when the Creator promised to give Abraham a son through Sarah (see Gen l5:6; Jub 30:20; Rom 4:3).
Moving forward to the first century A.D., on the eve of Jesus’ sacrificial death, He declared that His disciples were His “friends” (see John 15:14-15). In doing so, Jesus implied the presence of fondness, affection, and intimacy between Himself and His followers. Jesus was the believers’ friend in the truest sense, for His friendship was in deed as well as in word.
In response, the Savior’s disciples showed the genuineness of their devotion to Him by doing whatever He commanded. Oppositely, those who refused to submit to His will and teaching showed they were His enemies.
Moreover, Jesus declared that His followers were not to relate to Him as “bondservants” (v. 15), for the nature of their association with Him was radically changed. In that day, a master normally would relate to his slaves in a formal and detached manner. Also, the slaves usually did not understand the thinking and planning of their master, for they were simply expected to obey his directives.
Admittedly, as Jesus’ servants, we are to heed His commands. Yet, remarkably, the Messiah’s statement reveals that we are more than mere servants, for our relationship with Jesus is deeply personal and tender. In this type of relationship, Jesus wants us, as His friends, to obey Him out of gratitude and love, rather than guilt and compulsion.
In turn, as the beloved hymn reminds us, Jesus invites us to “carry everything” to Him “in prayer.” Assuredly, He who is our friend will provide us the “solace” we need to remain faithful to Him.
Post Views: 152 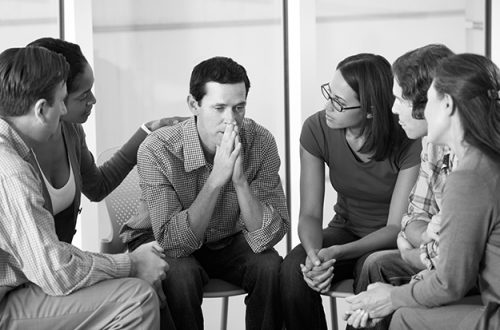 The Fire Sacrifices and Offerings of Israel – The Trespass Offering 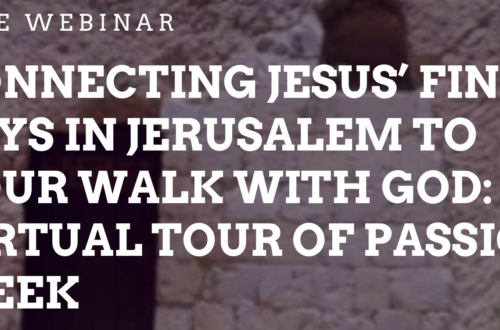