One spring when kings normally go out to lead their troops, King David of Israel hangs out in the comfort of his palace. There, from his hilltop, he spots Bathsheba washing. And he wants her. So he sends his guards to fetch her. And he takes her as his own.

Soon David learns Bathsheba has become pregnant by his actions. So he has her husband killed in battle, and David takes her as his wife. She mourns for her husband (2 Sam. 11:26). And the biblical text reveals, “The thing that David had done displeased the LORD (v. 27).

So the prophet Nathan confronts David; through Nathan God says, "Out of your own household I am going to bring calamity on you. Before your very eyes I will take your wives and give them to one who is close to you, and he will sleep with your wives in broad daylight” (12:11); plus “the son born to you will die” (v. 12).

Fast forward three thousand years. If you read commentaries about these consequences, you’ll find little that speaks in any sort of straightforward way about God's actions. Particularly about the death of the baby….

Here’s what my friend Kelsey wrote after preparing to teach on this passage: “I've found myself so frustrated with the commentators. They act like it just isn't even a thing worth talking about. They say, ‘David wouldn't die, but the child would die.’ Then they just move on. And I'm looking at it like, ‘Yeah, I got that. That's totally clear from the plain reading of the text.’ I've got pages on pages from them of theologically pontificating about why the full name of the ark is used when David moves it, but nothing more than a passing comment on God's move to infect a child with an illness that kills them. Their responses read like, ‘Nothing to see here.’ Joyce Baldwin gets the closest that I've seen so far. She says the Bible isn't afraid to straight up tell us that God inflicts the child." But no one will say the word ‘mystery.’ I wish shaking the books would shake [the commentators]  while they sit in their comfy office chairs.”

Kelsey is right. The passage raises a big question: How can God bring consequences for David that hurt the innocent? Bathsheba has already lost a husband. Now a child?

Now then, I am a woman who’s lost eight pregnancies, one of which was ectopic. And I have begged God to save every one of those babies. He said no every single time. I do not understand the ways of God. And with that in mind, I do have some thoughts on this passage….

First, I think the author of 2 Samuel wants readers to see David as responsible before a God who is honor-bound to bring consequences. And consequences often hurt people beyond the evildoer. One big take-away from the passage is to avoid sin—if not for ourselves, for those around us who would be wrecked by the ripple effect of our consequences. The psalms are filled with laments about the innocent suffering because of what evildoers do. The more powerful the person who does evil, the greater the number of powerless people who suffer. God allows free choice, and that means bad things happen to good people.

But second, and perhaps more to the point of the question, most of God’s ways are a mystery. There are many things about how God operates that we do not understand. And sometimes I think we try too hard to state “the reasons” God does stuff—like "so others will be comforted” (2 Cor. 1:4) and “adversity brings maturity” (Jas. 1:3)—both of which are, of course, true. But they are not the total picture.

God can take an evil action (e.g., the murder of Uriah; the murder of his only Son) and turn it into part of the best thing that ever happened (Solomon in the lineage of Christ; Christ died for our sins—and was raised). But that does not make the murders themselves good or the murderers innocent.

Still, in this case, God himself does the killing. What is up with that?

Think about Job. When he asks the big questions about the ways of God, God replies with “Where were you when I laid the foundation of the earth…? Do you know where I store the snow…? Did you put the constellations in place…?”

Job, and therefore we, are left with only one answer to the “why” of suffering: the ways of the Almighty are a great mystery beyond our ability to comprehend. In fact, his ways are as far above us as the heavens are above the earth (Isa. 55:9)—and that is very, very, very far. Yet using the same metaphor of relative distance, God also assures that the degree of his great love is a parallel mystery: "as high as the heavens are above the earth, so great is his love for us” (Ps. 103:11).

“It is a mystery” was the only “reason” that actually satisfied me in the years when my babies all died. The reason “for my character development” hardly seemed enough. “So others will be comforted” felt incomplete. But I didn’t actually have to know why or how. Just who.

I could still ask. And lament. And beg. And be frustrated with God. But I also found great comfort in knowing the LORD was beyond my comprehension. I reminded myself that he sent Christ at my point of greatest need—and that Christ’s suffering too was a great injustice in that he paid for sins he had not himself committed.

So it would seem that it all boils down to this: Is God good? And will we trust him?

When we come to verses like this that make us ask, "Is God really good?” all roads eventually lead to the gospel. Why is David’s story in scripture? To help the nation know why God called them and to trace God’s hand of guidance. Why did God call the nation and bless David’s progeny in particular? Because God was preparing the lineage of Messiah. Did God sacrifice God’s self for humanity’s greatest need through that Messiah, even though we brought it on ourselves by our own rebellion? Yes.

So, what would God stop at to demonstrate his great love at humanity’s point of greatest need? Nothing. Not even the death of his only son. God knows how it feels to see his beloved, innocent child betrayed, mocked, tortured and murdered because of something that son himself did not do.

Interestingly enough, God himself is not afraid to say via giving us the lament psalms, "Uh, I don’t think you’re mad enough at me. Do you realize what I actually did here? Let me give you a guide for giving me some stronger rage. C’mon. You can give me more volume than that."

He totally does not back off from what he does. He owns his actions. Because he knows all his ways are loving and just (Deut. 32:4). Even if we are left going “Wha…?” 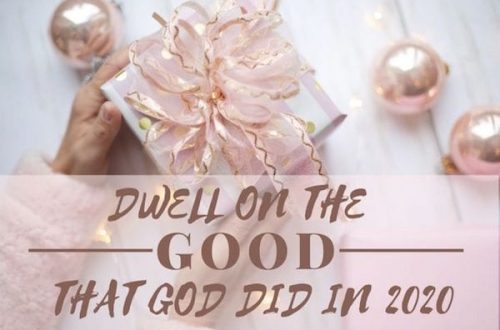