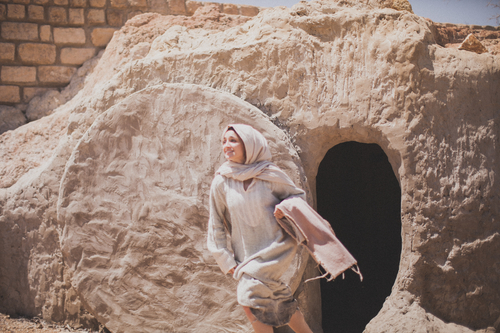 Do you know who consistently appears in all Gospel accounts of Jesus’s crucifixion, burial, and resurrection?

Was it the apostle Peter? No.

How about the beloved disciple, John? No.

Then it must have been Jesus’s half-brother, James? No again.

The person recorded to have seen it all—Jesus’s crucifixion, burial, and resurrection—was not a man; it was a woman, Mary Magdalene. She not only witnessed everything, she was the first person to see the risen Lord (John 20:14–18). Thus she is “honored and revered as the first messenger of Christ’s resurrection—the apostle of the apostles.”[1]

Are you shocked and surprised? Does this make you scratch your head in confusion? Are you now searching your Bible to check if I have these facts straight?

Why would Jesus choose a woman for this important role?

In biblical times a woman was considered a second-class citizen and the property of a man. Even her testimony in a court of law was considered invalid.[3] In our present day we probably regard this as outlandish, even though in some countries not much has changed. But if you live in the West, you may think we have progressed beyond that type of belief and mistreatment of women.

I challenge your thinking.

In a recent sermon by pastor Jim Johnson titled, “MeToo,” he shares the following staggering statistics:[4]

If the majority of persons in the West have transformed their thinking to that of equal treatment and respect of women, why are the above statistics true? Why is there not only a #MeToo movement,[5] but also a #ChurchToo movement?[6] How is it that the world’s treatment of women has permeated even the church?

I believe it’s because we’ve forgotten that in the beginning God created male and female as co-image bearers and co-regents of his creation (Gen. 1:27–28). God created woman as a “helper suitable for” man (Gen. 2:18).

A quick review of these verses reveal the meaning of ēzer is anything but “lesser than.” Actually ēzer is a type of helper needed in the direst of circumstances, in the face of strong adversaries, and with a shield and sword—it is warrior terminology.

Humankind may have forgotten that God created women to be warriors for Him, but Christ did not. Therefore I return to my previous question: Why would Jesus choose a woman for the important role of announcing his resurrection? As I explain in my Mary Magdalene essay, “No Jewish historian wanting to fabricate a story would have chosen women as the primary witnesses… A woman’s very lack of credibility gave reliability to the Gospel narratives. God operates in fascinating ways, elevating the perceived weak and frivolous nature of women to that of valor, bringing honor to women and glory to God. The details of Christ’s resurrection uniquely came from the women.”[9]

Christ entrusted the truth of his resurrection—the very foundation of the Christian faith—first to Mary Magdalene and then to other women as well. What an honor. What a mission. What a fantastic return to the original calling as a warrior for God.

Do you see that viewing and treating women as “lesser than” is a mockery and an affront to our Savior? Let’s look to our Risen Lord for a woman’s true identity, worth, and value.

This coming Easter when you hear the Resurrection story again, I entreat you to remember that “if not for the testimony of women, we would not know that Jesus truly was the Messiah, who died and rose again for our sins.”[10]

[5]The #MeToo movement is a movement against sexual harassment and assault.

[6]The #ChurchToo movement is a call for church leaders to address issues of sexual abuse in the church, both past and present. 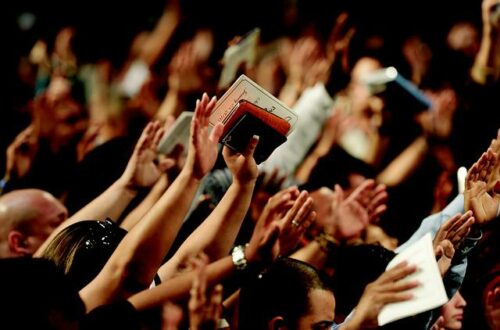 Why Go to Church?