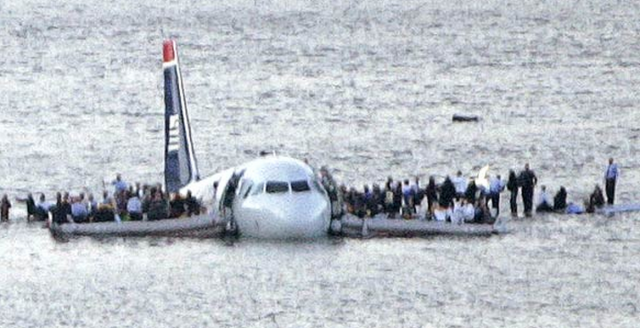 On January 15, 2009, Capt. Chesley "Sully" Sullenberger  makes an emergency landing in New York's Hudson River after US Airways Flight 1549 strikes a flock of geese. Miraculously, all of the 155 passengers and crew survive the harrowing ordeal, and Sullenberger becomes a national hero. This event became known as “The Miracle on the Hudson”.

The rescue of the 155 passengers after the safe landing could not have happened without the immediate help of the first responders – Coast Guard boats, the New York Island ferries, the New York police and water rescue teams of police divers – all poised and ready for action not knowing when they woke up that morning they would be engaged in such a rescue; not knowing that day if they would be needed. But, they were ready.

In the movie Sully, released fall 2016, viewers see a remarkable, filmed re-enactment of the event. I was especially caught by the scene shot within the helicopter hovering over the icy waters of the Hudson. Three scuba divers completely loaded with their equipment jumped, dressed from head to toe in black, one by one, into the icy waters to aid in the rescue of the stranded passengers shivering on the wings of the downed plane. Some were pulled out of the icy waters.

I could not get that image out of my mind. These first responders acted without hesitation. Their first responder training kicked in. Putting the lives of the passengers needing rescue above their own concerns for personal safety they jumped into the unknown of what would happen below as they hit the water. Reports state that the crash took place on a 20-degree day, one of the coldest of the season in New York. The water temperature was 36 degrees, Coast Guard Lt. Commander Moore said. He estimates that hypothermia can hit within five to eight minutes at that temperature.

First responders: a unique calling and profession requiring certain aptitudes, commitment, training and readiness for duty on call. Whether it is a fireman, a police officer, EMS ambulance driver, emergency room nurse, doctor or a teacher trained for crisis in her classroom they fill slots in our society that we simply cannot live without. You may not ever be in a situation where a first responder saves your life but if you needed one how grateful you would be.

We respond to His grace because He initiated. “But God demonstrates His love for us for while we were still sinners Christ died for us.” Romans 5:8

Think of Hagar; her story is recorded in Genesis 16. Hagar was cast out by her mistress Sarah, the wife of Abraham. She fled into the desert with the child she had by Abraham as per Sarah’s suggestion. Hagar was totally alone, desperate and assuming she would die there in the desert and her child with her. She had no awareness that anyone even knew where she was much less cared. All of a sudden the angel of the Lord found her and rescued her. Please read the story to get the full impact. This is a story about God seeing and responding and rescuing – the first responder.

It happened to Elijah as well; his story is recorded in I Kings 19. Elijah worn out from ministry and depleted to the core of utter exhaustion; fear crept in as he ran for his life from evil Jezebel. Again read the story to get the full impact. Elijah had had it and even asked God to take his life. The angel of the Lord, sent from God, responded and met Elijah. He kept him alive until he could be restored; another first response in a crisis.

Hagar and Elijah were at the end of their ropes. Their defenses were down; they had no options left except to wait to die in Hagar’s case and to slither down into the pit of self- pity and become suicidal in Elijah’s case.

From their stories we learn that God knows where we are. He sees it all. He is the ultimate first responder. He rescues us. He rescued us from the soul crash of separation from Him. He pulled us up out of the drowning waters of sin and wrapped us in a warm blanket of His righteousness and secure love.

Isn’t this just like our Savior – the first responder? He created us in the image of God (Genesis 1:27). Then, He gives us the ability to respond to Him. This images all the ways God the Father, God the Son and God the Holy Spirit have first acted on their human creations’ behalf.

What should our response be?

Our response now is to praise and worship Him for His character, love, provision and for his seeking us 24/7. And to thank Him for all the earthly first responders who live in constant alert to do their job.

Each of us may not be trained in a professional sense as a first responder, but we can be on the alert for opportunities to respond to God's invitations and to those who need words/actions of help and encouragment. 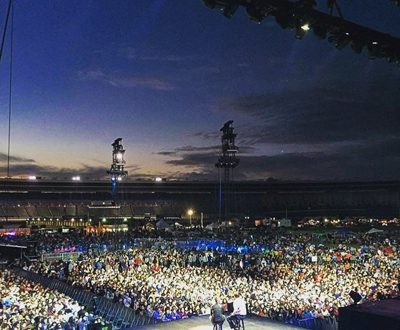 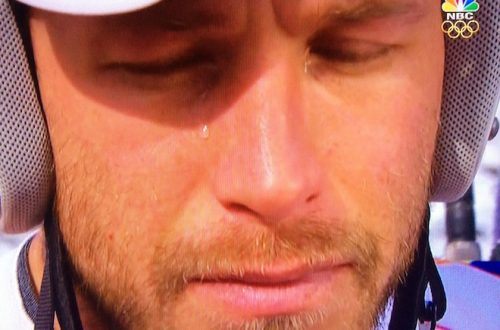 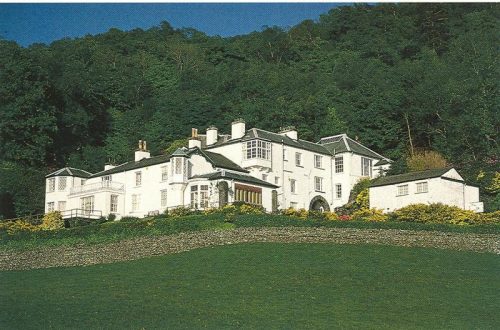 Many Beautiful Things Movie: A world-class artist chooses between celebrity “success” and a hidden life of missions service