Not long ago, I was getting my hair cut, and I mentioned to my stylist—someone I love who has faithfully attended good Bible studies for two decades—that I was embarking on a press junket to Germany this month. My reason: to visit some of the “Martin Luther” sites, with a view to writing some religious-travel articles. Why now? Because in 2017, we'll mark the five hundredth anniversary of Luther’s nailing his 95 theses to the Wittenberg (“Vittenberg”) Door.

In the time that followed with my stylist, she asked some good but basic questions that made me realize how little church history we teach. So here’s a tutorial to read and pass along in this momentous year.

Who was Martin Luther?

Martin Luther (1483–1546) was a sixteenth-century German professor of moral theology—as well as being a monk, a priest, and a composer (“A Mighty Fortress” is one of his hymns). Ordained as a Roman Catholic, he was the key figure in what we now refer to as the Protestant Reformation. At the time when Luther lived, the Church had power without much accountability, especially when it came to raising money by selling indulgences—certificates that would, for the purchasers or their loved ones, reduce temporal punishment in purgatory.

As the story goes, on All Hallows Eve (October 31) In the year AD 1517, Luther nailed his ninety-five points of contention, “Disputation of Martin Luther on the Power and Efficacy of Indulgences,” (later called “The Ninety-Five Theses”), to the door of All Saints Church in Wittenburg, Germany. People announced disputes on the doors of the Castle Church, so that explains why he might attach something to a door.

Luther was seeking to resolve a misunderstanding, so one wonders why he would take such public action. Some note that his writing in Latin meant only the religious scholars would have understood his words. Others insist that he never nailed anything, but he did send a letter to his superiors on that date that included his theses, which were to be the basis for discussion.

Regardless of the details, Luther was seeking reform within the church rather than desiring to be excluded from it. But he was eventually excommunicated for ideas deemed heretical. And those who joined with him were called protestors. Hence, Protestants.

The Reformation, then, was a schism from the Roman Catholic Church. Although “the nailing of the 95 theses” is usually considered the start of the Reformation, many reformers preceded Luther. And he was followed by John Calvin, Huldrych Zwingli, and others in sixteenth-century Europe.

The protestors objected to more than the selling of indulgences, however. Scripture alone (vs. scripture + tradition) and faith alone (vs. faith + works) were battle cries that point to theological differences that also played a part. It was way more complicated than this, of course. But this is The Reformation 101 . . . .

You’ll hear a lot this year about the five-hundredth anniversary. So why not read up about it? Check out Here I Stand, by Roland H. Bainton—or Reg Grant’s novel, Storm, if you prefer to learn history via story. I heard both on Audible. There’s also the 2003 film, “Luther,” an epic movie that follows Martin Luther’s life, with Joseph Fiennes cast in the starring role.

About 400 years after the monk nailed his theses, a young man named Michael was born the son of a Baptist preacher. When the boy was five, his father went to the Holy Land and Europe with some ministers. The trip ended in Berlin, during which time the elder King visited sites associated with the original Martin Luther. Inspired by what he saw, the minister changed his own and his son’s names to “Martin Luther” in honor of the Protestant reformer. 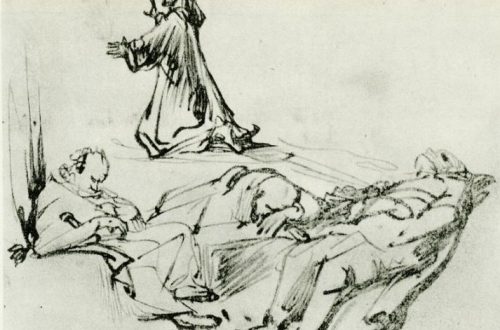 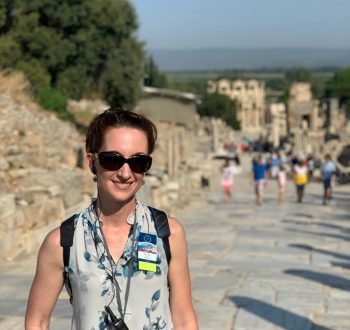