Many Christian pilgrimages to Israel include an optional excursion into Petra, an amazing UNESCO site famous for its rose-colored, rock-cut architecture, and made more famous by Indiana Jones. But strangely such excursions often leave out one of the holiest sites in the world—Bethany Beyond the Jordan.

Not to be confused with the Bethany near Jerusalem, thirty miles west, where Lazarus and his sisters, Mary and Martha lived, Bethany Beyond the Jordan is the site of not one, but numerous biblical miracles. Sitting across the river from Jericho, which lies nine miles west, this Bethany is where the children of Israel crossed the Jordan on dry ground as they entered the Promised Land (Josh. 1–5). Elijah the Tishbite headed here from Jericho, and a whirlwind took him (2 Kings 2). And here John came in the spirit and strength of Elijah (Luke 1:17) and lived among reeds—still present—swaying in the wind, and ate honey, causing people to ask if he was indeed the prophet himself (Luke 1:17). When Jesus approached, John prophesied about the Lamb of God who takes away the sins of the world (John 1:29). But the most significant event that happened here was the baptism of Jesus, at which the Father spoke and the Spirit descended.

Early Christians revered this place. In the fourth century, Queen Helen was baptized at Bethany Beyond the Jordan. Pilgrims wrote of visiting here. And in nearby Madaba, visitors can still view a multi-million-stone mosaic map of the Holy Land commissioned by the faithful in the sixth century.

The mosaic marks this site with a lion chasing a gazelle. Some believe the animals depict the savage nature of the wilderness. But others think these animals symbolize Herod Antipas attacking John the Baptist. The label “Bet Abara,” or “house of crossing” also marks the spot on the map, along with two fish. Although these could represent the last inhabitable water on the way to the Dead Sea, fish were also symbols of ancient Christianity.

An Armenian Christian, engineer Rustom Mkhjian serves as Bethany Beyond the Jordan’s assistant commission director. As he walks with groups, he says, “I am a tool who would like to experience the site with you.” He insists that he learns something new here every day.

As part of his narrative about this Bethany’s history, he tells of how USAID gave $6 million at the beginning of works to build the infrastructure. Jordan signed a peace treaty in 1994, which allowed access. But it took four years to de-mine the river’s east banks. In the process of digging, archaeologists made many discoveries—of monasteries, baptism pools, and churches. Open only since 1998, “the site,” Mkhjian insists, “is still a baby.” And he notes that the Jordan is not even a river as we know rivers. It’s more like a brown creek. “Yet it is the holiest of all [rivers] in the world.”

A number of sources outside of the Bible affirm the location’s identification. Why else would people have built eight ancient churches in this wilderness? “I truly believe these Christians would never have built here unless it were the spot,” Mkhjian says. And how else do we account for the fact that so many early Christian pilgrims describe this as a destination they visited on their way to Mt. Nebo?”

“Jordan is an open museum,” he continues. And indeed, this site, like so many holy places in Jordan, is open. Developers have retained its sense of wilderness. To reach the river’s edge requires walking on a path through high reeds and tamarisk trees.

Within fifteen miles on this side of the river, Christians can also visit Mt. Nebo—where Moses stood as he looked into the Promised Land; Madaba—site of the mosaic map; Mukawir—where Herod Antipas kept John the Baptist in prison and had him beheaded; and Azara, where Herod had another palace. All are interlinked with biblical and political history.

Mkhjian’s passion is evident in his inflection. “I love it! It is a blessing from God to be working in a place as holy as this. Part of my job is to look at sources. So I started reading the Bible more and more.” He tells of how doing so changed him, and now he reads it every day. ““I love doing what I’m doing… I want to appeal to the heart, and not here.” He points to his head. This place where the Lord was baptized, he believes, provides an opportunity to tell about Jesus and to “give mankind a message badly needed today: Let’s build bridges of charity, of hope and peace for the next generation.”

As visitors depart, Mkhjian takes off his archaeologist’s hat and dons his pastoral one. “Why was Jesus baptized at the lowest point on earth?” With a raised eyebrow, he offers a hint at the answer. “Maybe the same reason He was born in a cave?” 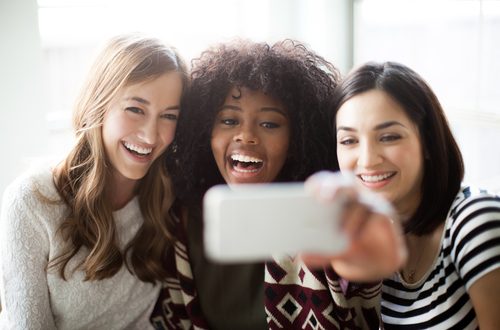 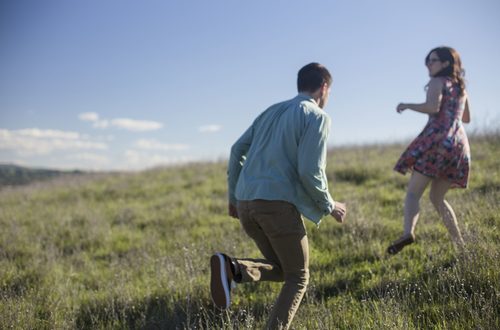