When does life become sacred?

Two weeks ago, I sat aghast while watching the evening news. A local man, with a history of domestic violence towards his loved ones, kidnapped his two sons and drowned them in cold blood.

Days later, again on the local news, a local father and stepmother were arrested for negligent homicide. They punished their 10-year old son by making him stand for 5 days in front of a window of an unconditioned room during Dallas’ record heat. They wanted to discipline him for bed wetting.

When does life become sacred?

Two weeks ago, I sat aghast while watching the evening news. A local man, with a history of domestic violence towards his loved ones, kidnapped his two sons and drowned them in cold blood.

Days later, again on the local news, a local father and stepmother were arrested for negligent homicide. They punished their 10-year old son by making him stand for 5 days in front of a window of an unconditioned room during Dallas’ record heat. They wanted to discipline him for bed wetting.

And of course, the national media has been buzzing for years about Casey Anthony, the young and seemingly unwise mother who was accused of murdering her 2-year old daughter, Caylee.

The shock was palpable this past July as Casey Anthony’s verdict was rendered: not guilty. Facebook and the internet reverberated with outrage.

The outcry for these stories is a chorus of “How could a parent do that to a child? Where is justice? Where is love?” We hope and we wait for these little victims to be vindicated somehow; a show of remorse by the parents, the death penalty, a harsh prison sentence, a courtroom breakdown.

Why are we so outraged? What causes such a visceral response to these grizzly stories?

Can we be frank here? Abortion is not the mere evacuation of a ‘clump of cells’. The first and second trimesters of pregnancy involve organ development, heartbeat, digestive development – of a human being. It’s how we all got here. Why the smokescreen?

The visceral sense of despair and injustice that people felt at the Casey Anthony verdict, the parents who dehydrated their son to death, or the father who kidnapped and drowned his sons are true and good responses to people whose choices took the lives of innocents.

It’s just not good for a parent to harm or kill their child. Parents ought to be the sources of refuge, safety, trust, and love. Anything else is unnatural.

I am not one of those evangelicals who believes that feminism is a dirty word. Women have the right to be compensated just as well as men for a job well-done. Women deserve the right to education, health, freedom to vote, to voluntarily marry. Feminism fights righteously for these things.

I’m not advocating to go shoot a doctor or blow up a clinic (barbaric and hypocritical means which negate the ends).

We need to make room to be mad as heaven that we talk about abortion in this society like it’s liposuction or root canal in an attempt to sanitize the annihilation of babies as they grow in the womb.

I need room to challenge my sisters who are in the pro-choice camp to be frank about the long-term affects of abortion on a woman’s psyche, or the many girl babies whose lives are snuffed out in the effort to uphold a woman’s right to choose, precisely because I am for women, all women–mind, body and soul.

Yes, it is my business to advocate for life, because it is sacred.

The bloated abortion rates in this country are merely a presenting symptom of greater ills. Our society is in the firm grip of the all-encompassing effects of poverty and lack of education, glamorization of promiscuous and irresponsible sexual behavior, and an overall relativistic view of life and truth devoid of an objectively moral center.

When does life become sacred? Always. At every point. The woman surviving below the poverty line is sacred. The college junior who had another one night stand is sacred. Caylee Anthony's life was sacred, and her mother's life still is. The embarrassing truth is that many societal ills would be more adequately and effectively addressed outside of legislature if we Christians just practiced what we preached, by:

Disproportionately high numbers of women at or below the poverty level use abortion as a form of birth control because they don’t see a way to support another child. What if the believing community systematically stepped in to bridge the gap through relationships (not just via donations or voting strategies)? What if we as a community lauded and empowered mothers who choose to raise their children instead of perpetually stigmatizing them for becoming pregnant?

What if we adopted and fostered instead of picketing and name-calling?

The law requires a license to drive, but not to parent. What if we gossiped less about the bad parents in our worlds, and dedicated ourselves to stepping in, encouraging, and lending a hand?

What if, instead of turning a blind eye to dysfunctional relationships in our midst, we took action against emotional and physical abuse?

I’m asking us to get our hands dirty. It’s easier to cast a vote, and privately complain about the sins of the other side without ever having to hear their stories or look ‘them’ in the eye. But ‘they’ are sacred, just like you.

We are all made in God’s image. Jesus chose death for himself in order to grant us life. Let’s follow Him in demonstrating through sacrifice and compassion that all life is sacred. 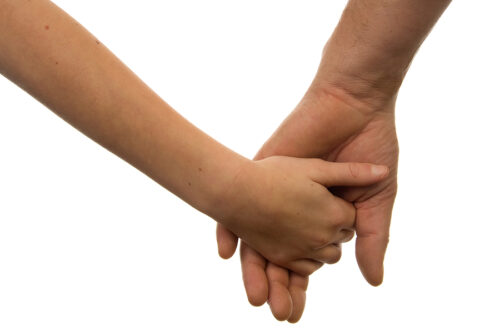 The Story of 12 Years 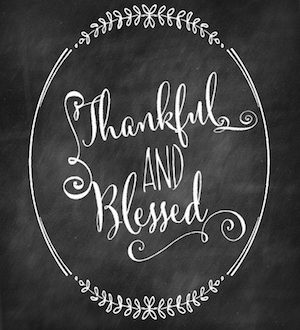 What Does It Mean To Live With an Eternal Perspective?