My motto is, “If it don’t shine, it ain’t mine.” And I’m not alone. When women visit Dallas, one of the most popular places for friends to take them is to a huge store that sells thousands of pieces of costume jewelry with more bling than you can imagine.

Why do so many of us like shiny? I think it’s because we are hard-wired for worship and we long for heaven where even the streets gleam with gold, and beautiful jewels and pearls abound. Heaven is a shiny, glorious place that radiates the beauty of a shiny, glorious Savior.

But our early “shiny” is a poor, sad imitation of the true glory of God. I especially love how God reveals Himself in the Bible through His Shekinah glory, where the invisible God makes His glory visible and weighty with importance and value.

We see more instances of the Shekinah glory in the book of Exodus than any other book in the Bible:

Moses and the Burning Bush: God appears to Moses as a fire within a bush that doesn’t consume the bush, revealing Himself as the great I AM, calling Moses to lead His people out of slavery into the Promised Land.

In the cloud by day, pillar of fire by night. God led His people for forty years in their wilderness wanderings by a visible manifestation of His presence.

The cloud on Mt. Sinai where Moses met with God, and He gave Moses His rules for relationship in the 10 Commandments.

Moses asks God to show him His glory. While up on the mountain, Moses asks to see God’s glory; God basically replies, “You can’t see My face and live. While My glory passes by I will hide you in a cleft of the rock and cover you with My hand. Then I’ll let you see My backside. That will be safe for you.”

After seeing God’s Shekinah glory, Moses’ face shone so brightly that it hurt to look at him. It was reflected glory, the way the moon reflects the sun’s light. Still, it was so powerful that his face literally shone when he came down off the mountain to speak to the people.

The cloud of Shekinah glory covered the Tent of Meeting and filled the Tabernacle when they dedicated it. The glory was so intense Moses couldn’t go inside.

We see the Shekinah glory one more time in the Old Testament, when Solomon’s temple was dedicated, and God’s glory fills the temple like it had filled the Tabernacle. Then we don’t see it again for hundreds of years.

The next time in scripture we see the Shekinah glory is the night Jesus was born!

And while Joseph and Mary were in Bethlehem for the government’s census, the time came for her baby to be born. She gave birth to her first child, a son. She wrapped him snugly in strips of cloth and laid him in a manger, because there was no lodging available for them.

That night there were shepherds staying in the fields nearby, guarding their flocks of sheep. Suddenly, an angel of the Lord appeared among them, and the radiance of the Lord’s glory [the Shekinah glory] surrounded them. They were terrified, but the angel reassured them. “Don’t be afraid!” he said. “I bring you good news that will bring great joy to all people. The Savior—yes, the Messiah, the Lord—has been born today in Bethlehem, the city of David! And you will recognize him by this sign: You will find a baby wrapped snugly in strips of cloth, lying in a manger.”

Suddenly, the angel was joined by a vast host of others—the armies of heaven—praising God and saying,

“Glory to God in highest heaven,
and peace on earth to those with whom God is pleased.” (Luke 2:6-18)

But wait! But that’s not all!

Matthew 2 tells us about the magi, the wise men from the east, who traveled to Jerusalem in search of the baby King of the Jews. They followed a star that moved until it stopped right over the house where the toddler Jesus and his family were living.

My husband Ray says it wasn’t a natural conjunction of planets or stars, since they don’t move like that and certainly don’t stop over a house. In his Probe article “The Star of Bethlehem,” he suggests it was the Shekinah glory leading the Magi to Jesus.

God is all about connecting the dots so we understand how things fit together. Not so we can enjoy the intellectual satisfaction of puzzle pieces interlocking, but so we can truly grasp that He made us for Himself, He made us for relationship with Him.

The Shekinah glory in Exodus points to the glory revealed in the Christmas story, where the Son leaves heaven and comes to earth as a perfect, sinless human, fully God and fully man. He lives a perfect, sinless life then dies on the cross to take the punishment for our sin onto Himself. Three days later He rises from the dead and He is alive today.

Little Baby Jesus isn’t still in the manger: He is now seated at the right hand of the Father in heaven in glory!

Shiny, resplendent, luminous glory. And that is the real reason I love shiny. It reminds me of Jesus, of heaven, of what lies ahead for those of us who have trusted Christ. 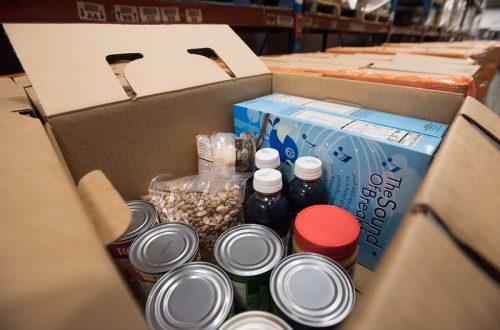 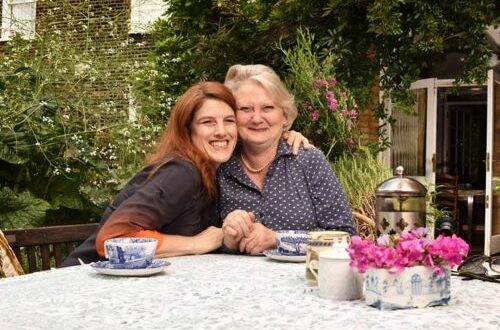 Aspects of Aging with Grace 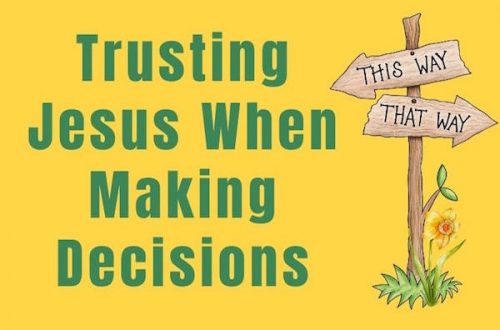