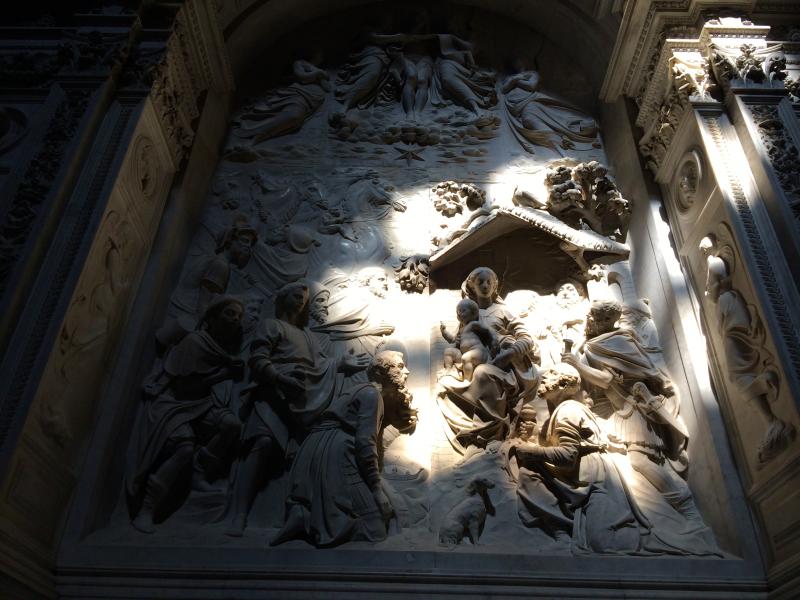 Because I’m gearing up to co-teach a grad course in Medieval Spirituality and Art, I have spent a total of about four weeks in Italy in the past year. And something I discovered as I worked to increase my visual literacy by “reading” cathedral art was that artistic depictions of “Madonna and child” are not just mother-child manger-ish scenes intended to remind us of Jesus’s birth, or even over-elevations of Mary. Rather, for mostly-illiterate audiences such art was originally designed to depict the incarnation of Christ: God came in the flesh!

I overheard someone talking today about how the point of Christmas is to mark the beginning of the best life ever lived, the coming of the Son who died and rose for us…as if the celebration of Jesus’ birth were just one quick weigh station on the road to the really important stuff—the cross and the resurrection.

But Christmas contains “important stuff” of its own: the incarnation. Let us pause there, then, before rushing on to the rest of the story. The God who created the universe became a human. Mind blowing! Indeed, very God took on human flesh and “tabernacled” among us, a picture prefigured in the Old Testament movable tent that housed the Holy of Holies. That tabernacle sat in the center of the camp, in the midst of the people. Present among us.

In a world in which most religions elevate the ethereal over the physical, our Lord gave matter its ultimate dignifier—He enrobed himself in it. Indeed, his name, “Immanuel,” means “God, with us.”

Think of some of our best lines in the carols:

Veiled in flesh the Godhead see, Hail the incarnate Deity…

God of God, Light of Light,

Lo, He abhors not the Virgin’s womb;

Jesus to thee be all glory given;

Word of the Father, now in flesh appearing

King of kings, yet born of Mary,

as of old on earth he stood,

Lord of lords, in human vesture,

in the body and the blood.

O come to us, abide with us, our Lord—Immanuel.

All praise to thee, eternal Lord, clothed in a garb of flesh and blood;

choosing a manger for thy throne, while worlds on worlds are thine alone.

The point of emphasizing the womb is not to overly venerate Mary or focus on the birth event itself, but rather what it represents. Miracle of miracles, the maker of the universe shrunk down to embryo size and became as one of his creations. What!?

He is among us. We are not abandoned. He understands that we are dust—He himself became a dustling. His operating preposition is with, with, with.

As I write this, two friends are burying their fathers, while another is burying her aunt. Tomorrow the latter buries her mother. Yesterday my sister marked what would have been her twenty-ninth anniversary with the husband a texting driver killed. Birthday candles and twinkling lights do nothing to assuage such grief. That is not to say we should ban these. Rather, that they must serve one purpose, and that is only to point us to a reality greater than any birthday cake. We are not just marking another year since AD 0 or 1 or 3 or 4, or whatever year we think Jesus came. My friend Gloria Furman—who lives in Dubai—wrote today of her child, “Going home after three days of IV therapy for an unidentified bug. I’m reminded that fake joy just falls flat when you’re in situations like this. Indestructible joy is found in Christ alone!”

Yes, indeed. He understands our griefs. He cares. He loves. “The word became flesh and dwelt among us.” At the bed of the grieving, for the parents of the sick child, to all of us torn apart by the effects of sin… we are not alone. God is with us! Let us wonder, marvel, and fall on our knees. 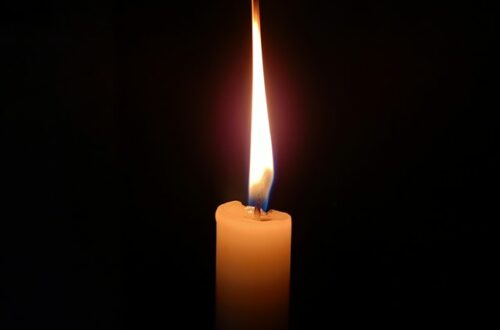 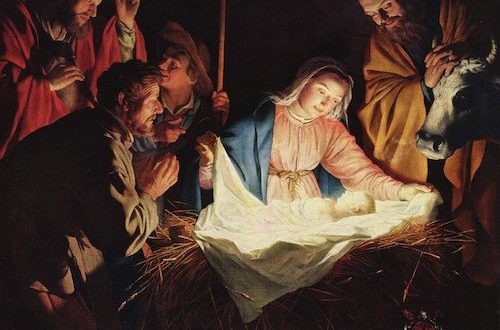 Hard questions about abortion and our vote