The 14-year-old daughter of a friend recently responded to her mother’s correction with, “Don’t judge me, Mom.” The same week, a friend of mine asked my opinion on something, and as I was mentally running it through the grid of “what does God say about this in His word,” she said, “Now, don’t you go judging me!”

Tolerance and acceptance—the new tolerance, which says that every value, belief and behavior should be embraced as equally valid—are the highest values of our culture. Which makes judging the most hideous and unacceptable of sins.

Now, to be fair, there is a lot of ugly judging in the world. Before a friend became a Christ follower, she was on the receiving end of a lot of hateful judging when she would protest at gay rights events, hearing “You’re going to hell!” and other ugly epithets. People who didn’t know her at all made judgments about her character and her destiny. I have personally received my share of hate mail from strangers accusing me of not being a Christian because I disagree with them on a cherished position.

But if we get pulled over for speeding, and the officer points out that we were going twenty miles over the speed limit, nobody says, “Don’t judge me, officer!” He’s not judging our character, he’s comparing our behavior to the law.

Judging is assuming you have all the facts and making an assessment of condemnation out of ignorance. It’s about smugly believing “I’m right and you’re wrong. You are lesser-than.”

There is a huge misunderstanding about judging both outside and inside the church, and it comes from not knowing what the Bible teaches about judging. Everybody seems to be familiar with “Judge not, lest ye be judged” (Matthew 7:1). That is the Lord Jesus’ call not to judge hypocritically. But in John 7:24 He also calls us to judge rightly. And remember the passage about pulling the plank out of our own eye so we can see clearly to remove the speck from our brother’s eye (Matthew 7:5)? That’s about judging as well. The point there is about examining ourselves first before dealing with another’s sin, not to ignore other people’s behavior.

I have written you in my letter not to associate with sexually immoral people—not at all meaning the people of this world who are immoral, or the greedy and swindlers, or idolaters. In that case you would have to leave this world. But now I am writing you that you must not associate with anyone who calls himself a brother but is sexually immoral or greedy, an idolater or a slanderer, a drunkard or a swindler. With such a man do not even eat.

This passage clearly says that we are to judge those inside the Body of Christ. Judging doesn’t mean condemning, though; often it’s a matter of comparing one’s behavior with what is right, and pointing out the dangers of one’s choices, the way we would want to warn someone in a burning building to get out, or urge someone headed toward a cliff to turn around.

Comparing someone’s beliefs and actions to a standard can be a loving thing to do. A lady working in an after-school program noticed that one little girl was clearly not doing well on her homework, but she also seemed to not be working very hard at it. The teacher said, “I think your brain is switched off! May I touch your head? I think I can find the switch and turn it back on!” The wide-eyed little one gave permission and the teacher said with a smile, “Oh, here it is! Right under one of your braids! Let’s turn your brain back on!” What a lovely, eloquent way to call a child to live up to her potential without shaming or judging her for being lazy or stupid.

Challenging someone to be better than they are can be a gift. One of the best-ever movie lines is in “As Good As It Gets” when Jack Nicholson tells Helen Hunt, “You make me want to be a better man.” When parents ask their children at report card time, “Did you do your best? Only you can know,” they are giving them a chance to honestly compare their ability to their potential. It honors another to say something like, “I think you’ll be happier with yourself if you live out your gifting” rather than shaming them with something like, “What a loser.” Now that’s shaming. 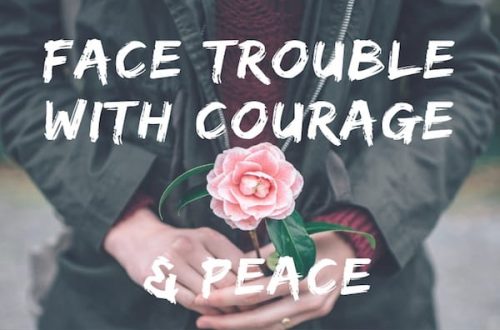 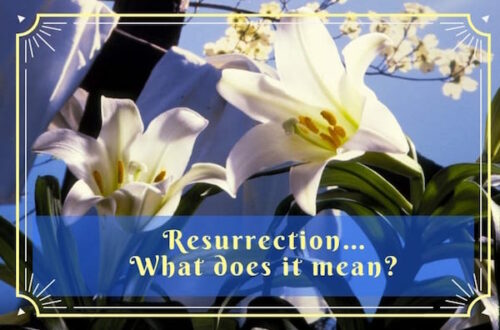 The Resurrection of Jesus—what it really means