Recently, the wildly popular TV show Glee‘s Valentine’s Day episode featured a group of religious students called the “God Squad” discussing whether they should accept money to sing love songs to gay people (their term). The writers had students spouting pro-gay theology that was doubtless quite persuasive to the majority of viewers who don’t know the truth that counters the propaganda.

“They say that one out of every ten people are gay, and if that’s true than that means one of the twelve apostles might have been gay.”

That’s a very old, very inaccurate statistic from Alfred Kinsey. A more accurate estimate is in the 2-3% range.{1} The idea that one of the twelve might have been gay is sheer speculation with no grounding in truth and no evidence for it, but it certainly planted the idea in the minds of millions of people to normalize it.

“The Bible says it’s an abomination for a man to lay down with another man. But we shared tents in Cub Scouts, and slept next to each other all the time. So that would make Cub Scouts an abomination.”

What the Bible actually says is, “You shall not lie with a male as one lies with a female; it is an abomination” (Lev 18:22). This passage is talking about same-sex intercourse, not guys in sleeping bags sharing a tent.

Further, it’s always important to look at the context of any verse. That same chapter contains prohibitions against sexual activity we still condemn today: incest, bestiality and adultery. Those who want to dismiss verses prohibiting same-sex relations as archaic usually (but not always!) won’t take a pro-incest, pro-adultery, or pro-bestiality stance. Neither should it be okay to take a pro-homosexuality stance.

My friend Randy Thomas had a powerful “lightbulb moment” concerning this verse. He writes,

“The Father brought back the memory of Ron, the first man I thought I loved, and me together as a couple. In my memory we were in an embrace and I saw the Lord standing next to us. We were oblivious to His presence and He was grieving. His grief was so bitter I could see Him shaking with tears as He looked upon us. I was immediately struck with grief that God was so grieved. It’s a grief I will never forget.

“At that point I felt the Spirit asking me, ‘Randy . . . what is the sin?’ The only Scripture I knew was Leviticus 18:22 (that’s only because it was on the signs that the Christians held up at pride parades and outside of clubs). I told the Lord that I didn’t like that Scripture. But He persisted, ‘What is the sin?’ I thought through the verse again: ‘When one man lies with another as a woman it is an abomination before the Lord,’ (emphasis mine). The word ‘it’ jumped out at me. I sensed the Spirit asking, ‘What is “it”?’

“I answered, ‘A gender neutral pronoun?’ I was a little surprised that in the middle of this powerful time the Holy Spirit would be giving me an English pop quiz. I felt Him say, ‘EXACTLY!!!’

“Then my world fell apart over one little word. ‘It’ meant that I was not the abomination, Ron was not the abomination. It was the abomination – the act itself was keeping Ron and me looking toward each other and not to God for fulfillment of who we were and what God intended. For the first time in my life I knew that God is aware of every secret and not-so-secret thing I have done. Instead of sending hellfire and brimstone, He sent a grieving Savior to pay the price of my ignorance and sin.

“He forgave and redeemed me.”

“You know what else the Bible says is an abomination—eating lobster, planting different crops in the same field, giving somebody a proud look. Not an abomination? Slavery. Jesus never said anything about gay people.”

There are different kinds of laws in the Old Testament. Civil and ceremonial laws, such as those concerning religious sacrifices and dietary laws, were time-bound and limited to the people of Israel. They are no longer in force for a variety of reasons: first, all the OT sacrifices and ceremonies were given as a foreshadowing of the Messiah’s ministry and of His death, burial and resurrection. They are no longer necessary because they were the preparation for the Reality that has come. Second, the civil laws pertained to a nation of people who no longer exist. (The current nation of Israel is a political one, not the same as the group of OT people God called to follow Him alone as their Ruler.)

Moral laws, such the Ten Commandments and all the laws constraining sexual immorality, are not time-bound because they are rooted in the character of God. It is always sinful to have sex with someone you’re not married to, regardless of gender.

Slavery is not inherently unnatural the way homosexual practice is. Dr. Robert Gagnon, a theologian who has a breathtaking understanding of homosexuality and its attendant arguments, writes, “The Bible accommodates to social systems where sometimes the only alternative to starvation is enslavement. But it clearly shows a critical edge by specifying mandatory release dates and the right of kinship buyback; requiring that Israelites not be treated as slaves; and reminding Israelites that God had redeemed them from slavery in Egypt.”{2}

We don’t know that “Jesus never said anything about gay people”; it’s quite possible that His comments on eunuchs in Matthew 19 included those who would have never sex with women because of their same-sex attractions.

Usually, the argument goes, “Jesus never said anything about homosexuality.” What He DID say about God’s intention for His creation and sexuality in Mark 10:6-8 excludes homosexuality, along with other forms of sexual sin such as polyamory [sexual relationships with multiple people simultaneously], incest and bestiality. Scripture powerfully indicates His intention for a male-female prerequisite for sexuality.

Is it? How would the “God Squad” feel about singing a love song to a woman committing adultery with one of their dads? How would they feel about a father paying them to sing a love song to the daughter he’s regularly raping while calling it love? Our culture is so anxious to justify anything by slapping the label of “love” on it that we dishonor the God who IS love: a sacrificial, others-centered, giving love that took Him to the cross to pay for the very sins that are being elevated and celebrated on network TV.

1. For citations, see my article on the Probe Ministries website “Homosexual Myths.”
2. http://religion.blogs.cnn.com/2011/03/03/my-take-the-bible-really-does-condemn-homosexuality/ 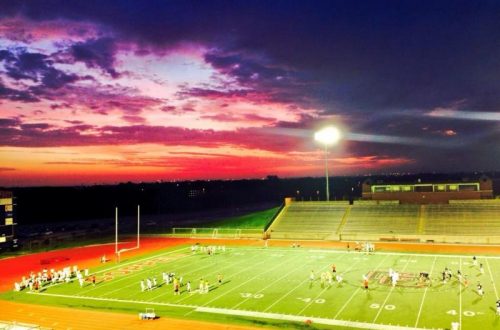 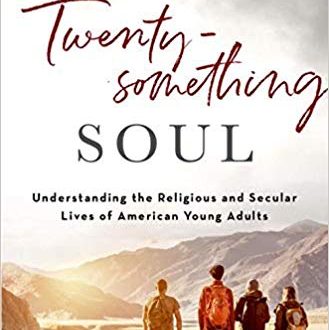 Pampered, Religiously Indifferent and Other Lies about Young Adults