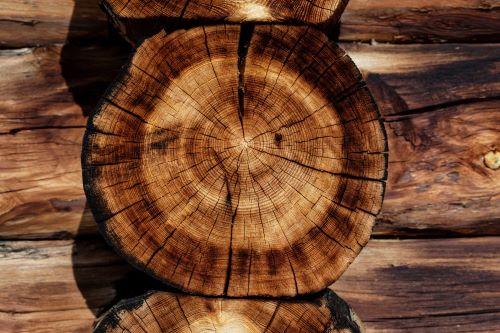 Once upon a time, circa 1955, my Dad fell in love with log houses. While he loved log houses, he loved Jesus too.  This is a story of love, loss and life but mostly about eternal perspective.  Along the way I interviewed him about his encounters and experiences with log houses, and that interview is hiding  somewhere in  a journal.  So, what is left feels like the things that have been most impressionable.

In the mid 1960s my Dad purchased about 30 acres of land in a rural area an hour outside of Atlanta, Georgia.  It was the beginning of a life long dream of his, to actually use his pioneer skills and ambitions to build a log house the “old fashioned” way.

And so began a 20 year long journey. He worked and lived in Atlanta during the week and on the weekends he devoted his time to building his home. He meticulously waited for the trees growing on his property to have the least amount of sap, cut the trees down, drug them up to the building site with his horse and shaved the bark off with a sharp shovel. He then allowed the logs to dry, used an ax to create the notches and began stacking them like Lincoln logs.

Over the years the details of the home build fascinated me. I was and still am amazed at the skill and patience it took to see the project through.

It was a labor of love but it was not without pain. He married and divorced during the building of the home. The details of that relationship were never really divulged to me so most of it is left to the imagination. My Dad married my Mom in 1979 and by 1986 the idea of living in a log house had become less appealing. One that still wasn’t completely finished. The decision was made to sell the home and build a new, traditional home just a few miles away. I remember mixing the cement with sawdust in a wheel barrow and helping the laborers stuff mortar in the cracks between the logs, the final step of the home completion.

And just like that, our new life began.  I was such a young child when we moved, but as I aged, I grew to understand the significance of the project and although my Dad was subtle, I soon learned that the home was a product of devotion.  Then in 1993, in the middle of the night, we received a call from one of our old neighbors. Later the details of the call would be relayed to me, “Herbert, your house is burning down.”

When the sun rose, we drove the five minutes to my Dad’s former life, and his former life’s work. The long dirt drive way that once led up to an 1800 square foot, hand crafted log house, now paved the way to the remaining stone pillars that survived the fire.

I can recall approaching the ashes of the home with my Dad. They were hot and still smoldering. I watched as he bent down, picked up a handful of ashes and shed the only few tears I ever saw him cry. I remember, as a 12 year old, trying to comfort him. I believe his response to me shaped my life forever. He turned to me and said, “ashes to ashes, dust to dust (Gen. 3:19).” His words were few, but he basically told me that it was just a house and things like houses could be gone in an instant. And that was it. Suddenly, 20 years of dreams and labor, completely disappeared. Literally up in smoke.

I spent years reflecting on the significance of that loss. But what has felt most important to me is the lesson I learned about the things that really matter in life.

I believe my Dad chose his marriage to my Mom over that house. He was a sensitive man, and I think he knew that in order to have a healthy marriage, he would have to leave the house behind. As I grew, I began to resent the fact that the house was gone, feeling like it was something that was taken from him. He never once complained about making the move.  He never once spoke a cross word to my Mom, at least that I ever heard, about trading his beloved home for a brick one just down the road.

His resolve to focus on his marriage, his family and his relationship with the Lord slowly tamed my resentment and I began to value my Dad’s love and commitment to things of eternal value. He lived this out until he went to his eternal savior in December of 2018, leaving a legacy of cherished children and grandchildren who love Christ.

My mother also fostered a love for the most important things- she used precious China and silver regularly and when a dainty, golden, 100 year old tea up would break, she would optimistically declare that sometimes things break in life, but wasn’t it beautiful to be used while we could?

My parents both gave me the gift of eternal perspective. When I look ahead to the year 2020 I want to set eternal goals. My body is a temple, but in this state it is not eternal. I can accumulate wealth and precious things, but in the end, I can’t take it with me. I want to evaluate my treasure. I want to live in such a way that I am well aware of what I can afford to lose as opposed to the things of immeasurable value.

What then is eternal? Simply put, the crown jewel of God’s creation, people.

The “things” of this world are consumable, replaceable and fragile. My salvation and future is eternal, therefore it has value that will never fade.

“The world and its desires pass away, but whoever does the will of God lives forever (1 John 2:17).”

The very earth itself is not eternal, eventually it will be made new and God promises that he is in charge of that (Is 65:17, Matt 6:26). But the people of God, they live forever.

So, when I consider 2022 and what I hope to accomplish with my life, I’m focusing on my eternal hope, my eternal future and God’s eternal people. It is no wonder then when Jesus narrowed down the Christian life he said, “Love the Lord your God with all your heart and with all your soul and with all your mind. This is the first and greatest commandment. And the second is like it: Love your neighbor as yourself (Matt 22:37-38).”  When we are setting goals for the new year, it is important to narrow things down and Jesus really set us up for success when he simplified life for us with these words.

So, you can mass your fortune, stack up your degrees, surround yourself with beautiful things and even spend your life building your dream home with your bare hands, but are you prepared to lose it? You may never actually be in a position to let those things go, but as you create your goals for the future, I pray that the legacy of my Dad’s story inspires you, like it has me, to sift through the things that are temporary in a way that creates space for goals where the end result is loving others well. 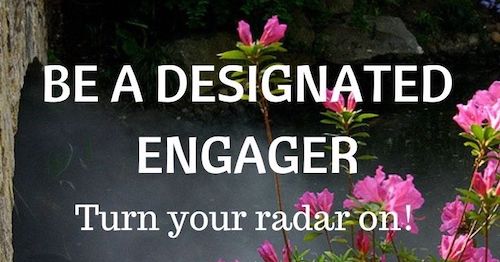 Turn Your Radar On! 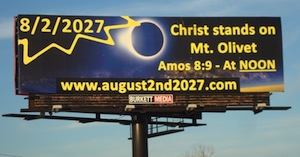