Today we continue our series on how we, as Christians, can discuss and debate possibly devisive issues. We’re looking specifically at the issue of Christian evolution v. creationism (or Intelligent Design). I’ve asked my friend, Marcus Goodyear, to guest post today on the view of Christian evolution.

After watching 2001 as a boy, I worried I’d committed some sort of felony. I asked my dad about the gorilla-men. “My Sunday school teacher told us God made the world in six days.”

Today we continue our series on how we, as Christians, can discuss and debate possibly devisive issues. We’re looking specifically at the issue of Christian evolution v. creationism (or Intelligent Design). I’ve asked my friend, Marcus Goodyear, to guest post today on the view of Christian evolution.

After watching 2001 as a boy, I worried I’d committed some sort of felony. I asked my dad about the gorilla-men. “My Sunday school teacher told us God made the world in six days.”

I sighed, relieved that everything was right with the world again. I had the power to understand God.

But my dad wasn’t finished. “God created the world in six days, but did you know that a day with God can be like a thousand years? Check 2 Peter.”

I didn’t go back to Genesis and read a six thousand day creation. Instead, I wondered if maybe all of our numbers and descriptions of God were a little fuzzy. God isn’t bound by days and millennia.

I left it alone for a long time, but I never understood why so many Christians get so upset by evolution. Why didn’t they get more upset about poverty or war or greed?

Fast forward to the summer of 2007. Dr. Francis Collins and his team had finished decoding the human genome. Then Dr. Collins wrote The Language of God. In an interview with him, I asked him about his dream of starting the Bio Logos Foundation. Was he comfortable with being the spokesperson for Christian evolution?

One of the great tragedies of our current era is that evolution is being portrayed as a threat to God. If science is God’s gift to us, along with the intelligence to explore his world, God could hardly be threatened by what we discover. It’s all his creation. The truth is the truth, and it’s all God’s truth. I reach out as much as I can to my Christian brothers and sisters and try to make a case that this is an unnecessary battle.

I realized that I was out of my league. I could no more debate him on the merits of evolutionary theory than they could debate me on the theme of mortification in Jane Austen’s books. (Ah, the glories of getting a Masters in English.)

At some point, I would have to trust the experts on this issue. Karl W. Giberson echoes this in his recent Books and Culture interview. He told Dr. Collins, “I believe in evolution because people like you that I trust have told me it’s true . . . All I know is that people I trust say it’s true and people that I have less confidence in say it is not.”

Ultimately, that is not very assuring.

But then I read Dr. Collins again:

It’s an awful circumstance we’ve put young people in. Many of them, raised in conservative Christian homes and taught that evolution is wrong, send emails to me every week. They are in crisis, trying to figure out whether the church that seems to be lying to them about origins is lying to them about everything else.

“But man is special,” our pastor told me over lunch one day.

For the past four years I’ve been a member at a conservative church. Recently, in his sermon, our pastor labeled evolution as one of the great heresies being introduced into the church.

“Man is special,” he said. “We didn’t evolve from apes. And we need to weed out that kind of heresy.”

“Do you really want to weed me out?” I asked. “When you say that kind of stuff, I hear you saying, ‘Marcus, you are not welcome at our church.’ ”

I believe humans are special too. I just don’t see why evolution couldn’t be God’s method for creating the world—and his special creation, man. In the end he agreed not to compare evolutionists to Jezebel anymore. And I agreed not to make an issue of it publicly.

Really, that’s the best I can hope for unless we leave our church.

Even if all the scientists and science fiction movie makers are wrong, we ought to stop making an issue out of evolution, so others will be able to consider Jesus without distraction.

The Bible is true. I believe that. But I also believe that God is much bigger than our interpretations of the Bible.

Marcus Goodyear is the senior editor for The High Calling and Christianity Today’s Faith in the Workplace. He earned his bachelor’s of English from Texas A&M and his master’s of English from the University of Texas at San Antonio and taught English and Creative Writing for ten years. He blogs at GoodWordEditing.

Read part one of the series here.

Heather Goodman received her Th.M. from Dallas Theological Seminary and currently homeschools her three children. Her writing can be found in If:Equip, Art House, and other publications. 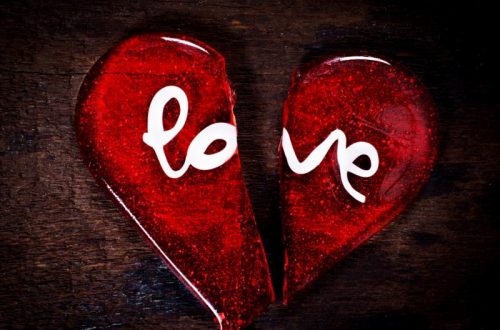 Grieving with Willow Creek Church, Bill Hybels, and the Women Whose Stories Should Concern Us All

Why I Won’t Apologize For Watching Hallmark Christmas Movies