The other day, on a friend’s recommendation, I started watching So You Think You Can Dance, which is like Dancing With the Stars only with people who actually can dance. I found it on a cable station, and watched several episodes. Then I discovered that I was watching last season’s shows, so I googled the program and found out who won.

Knowing the outcome changes the way I view the competition. A judge’s critical assessment of a performance is just a bump on the road when I know the dancer will eventually win in the end.

That’s one of the many reasons for reading and studying the Bible. When we know how the story is going to end, it helps us process the meaning and impact of the slings and arrows of living in a fallen world, and we don’t have to be undone by them.

We know that in the end, God will set everything right.

In the end, He will see that good triumphs over evil.

In the end, Jesus will be crowned King over all, and He will reign in His kingdom here on earth, and those who have been faithful will be rewarded with opportunities to reign with Him, to serve in His kingdom. (For a mind-blowing explanation of the difference between the kingdom and heaven, check out Curtis Tucker’s new book Majestic Destiny.)

It is faithfulness that qualifies us for a place in the kingdom (which is different from receiving eternal life, which is a free gift with no strings attached). And faithfulness is proven by our responses to the challenges and tests of this life. It’s about choosing to trust in the goodness and love of a sovereign God instead of resorting to our own methods of making life work. It’s about resisting temptation to conform to the world’s mold. It’s about waiting on the Lord’s timing instead of taking matters into our own hands when He doesn’t seem to be moving fast enough for us.

Knowing how the Big Story will end helps us put the small stories of our lives into perspective. But knowing how we got here, by studying the histories recorded in the Bible, also provides perspective.

I have a friend who is baffled and confused—well, actually, terrified is more accurate—because everything she’s ever counted on to make life work is being taken away. She finds herself divorced, without custody of her children, no job, and no idea how she will pay next month’s rent. None of it makes sense to her.

But I’ve been reading the Old Testament prophets (Isaiah through Malachi) this year, and what’s happening to her makes a lot of sense to me. God is lovingly taking away all the props that she has been depending on to make life work so that she can learn that that He is good, that He is her provider, that He is enough. And because she doesn’t yet know Him—she really just has some ideas about Him—she doesn’t know that she can trust Him.

Just as God cured the idolatry of His people by stripping them of all His gifts and benefits that they blindly attributed to the false gods they worshipped, I believe God is removing everything except Himself from my friend’s life. It’s a scary place, but it doesn’t have to be a hopeless place. God has a way of setting up crazy situations where we are given a front-row seat to what He’s about to do to reveal His heart to us.

Studying the Bible’s stories and lessons helps us see that. Looking backward, and looking forward.

Where there will be dancing! 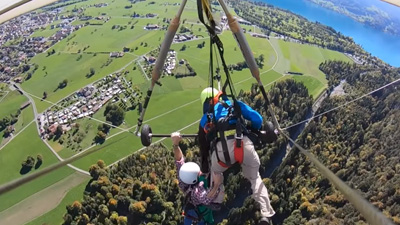