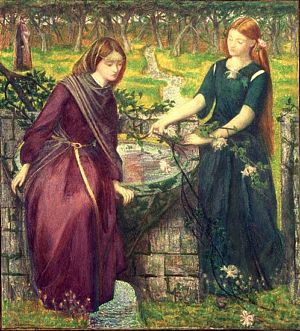 Isaac, son of Abraham by Sarah, did not want his second son Jacob (aka, Israel, Genesis 35:10) to marry into a foreign bloodline but rather his own descendants (Genesis 28:1,2). Nevertheless, Jacob was obedient to his father, traveling to his grandfather Laban’s house to meet his first cousin Rachel (Genesis 29:1-16). Rachel was pretty to look upon in face and figure – a combination that can cause a man to fall in love with how they feel when they are around them (Genesis 29:17. 1 John 2:16). Note I said, “fall in love with the way they feel when around them,” and we men (and women, too) can translate this emotional response into thinking we are falling in love with “them” when it is just the “feeling” that we are in love with and not the other person.

Nevertheless, Jacob was mesmerized by Rachel agreeing to work seven years for Laban if he would give her to him for his wife (Genesis 29:18-22).  However, when the time came for the wedding of Jacob to Rachel, Laban performed a “bait and switch.” Laban had a custom, which he forgot to mention during contract negotiations, that the younger sister could not marry until the older were married. To solve this problem, he switched Leah, the older but less “easy on the eyes” sister, for Rachel on the wedding night when the marriage was consummated (Genesis 29:17,23,24). Then in the morning, Jacob was livid! (Genesis 29:25)

Laban explained the custom and agreed to give Jacob Rachel as the older sister was now married and after Leah’s week-long honeymoon was fulfilled. However, Jacob would have to agree to serve seven more years! (Genesis 29:26,27). Jacob agreed and was given Rachel after the week of waiting. He consummated the marriage and loved Rachel more than Leah (Genesis 29:28-30).

However, when God saw that Leah was unloved by Jacob, He opened her womb (Genesis 29:31). Then for the next several years, Leah has seven children (Reuben, Simeon, Levi, Judah from whom Mary the mother of Jesus would be born (Hebrews 7:14), Issachar, Zebulun, and Dinah) with the desire to bless her husband Jacob so that he would love her like he did Rachel (Genesis 29:32-35. Genesis 30:17-21). Leah apparently liked getting pregnant and enjoyed “practicing,” as evidenced by paying Rachel for the privilege! (Genesis 30:14-16) Recall the number one need of a man (1) is physical affection, and Leah gets a high score!

Meanwhile, Rachel is never content and desires a baby, not for her husband’s sake, but for her own sake (Genesis 30:1-8).

Recall, she sold the right to practice getting pregnant to Leah. Consequently, I give her a lower score for not placing a higher priority on a man’s number one physical affection need.

After working for and being cheated by Laban for twenty years, Jacob decides to leave with his family (Genesis 31:41). However, Rachel steals her father’s house idols without talking it over with Jacob (Genesis 31:19). Having the idols meant that she would get a larger share of her father’s inheritance. So again, more self-interest is displayed by Rachel.

Nevertheless, God does have mercy on Rachel, and she has two sons – Joseph that later saved the Israelites in Egypt, and Benjamin. However, to Jacob’s sorrow (Genesis 48:7), Rachel dies while giving birth to her second child calling him Ben-Oni (i.e., son of my sorrow). However, Jacob changes his name to Benjamin (i.e., son of the right hand or son of my strength) (Genesis 30:22-24.  Genesis 35:17-20).

You may disagree with my assessment of Leah and Rachel but let us consider who Jacob desired to rest beside when he died. Did Jacob want to be buried beside the pretty to look upon albeit high maintenance Rachel or the not as pretty to look upon but lovely to be with Leah? (1 Peter 3:3-6) Jacob orders his sons to bury him with Leah and in my way of thinking, that says it all (Genesis 49:29-33).

This is the same Cave of Machpelah (Genesis 23:7-2) where the following were buried:

Today Machpelah, or the Cave of the Patriarchs, is a heavily visited shrine, located in the modern city of Hebron. (3)

Furthermore, while Laban might not have had the best intentions in the “bait and switch,” – God turned it to GoOD!

Lastly, this Bible passage is also for husbands that think they got the wrong mate when they married. That is, they thought they were marrying Rachel, perhaps due facade while dating, but it turns out that after the Honeymoon they married Leah!

The claims of finding a soul-mate are a delusion to justify divorce. “[T]he ‘real soul-mate’ is the one you are actually married to.” The ideal of a great love is seductive and dazzling, but mostly a crock. Life and circumstances are the means by which God shapes us in marriage.

Have you ever met someone and felt that this is the one you were supposed to have married instead of your mate?  That is a lie that Satan perpetuates and has ruined many marriages with it. (Proverbs 21:9,19. Proverbs 25:24) Take Jacob’s advice – it is better to live and die with Leah, the lovely! (Proverbs 31:10-31)

What the world considers a pretty woman does not mean she has a beautiful heart.

Women with beautiful hearts will not necessarily be considered pretty by the world.

All that glisters is not gold (Shakespeare’s, The Merchant of Venice)

All that is gold does not glitter (J.R.R. Tolkien’s, The Lord of the Rings)

(2) “Aldarion and Erendis” & Tolkien’s Views of the Sacrament of Marriage J.R.R. Tolkien in a lengthy letter to his son Michael (6-8 March 1941) written in response to Michael’s sudden possible engagement to Joan Griffiths, a nurse Michael had met while in the Worcester Royal Infirmary during his injury in WWII, set outs some of his observations and views about marriage. 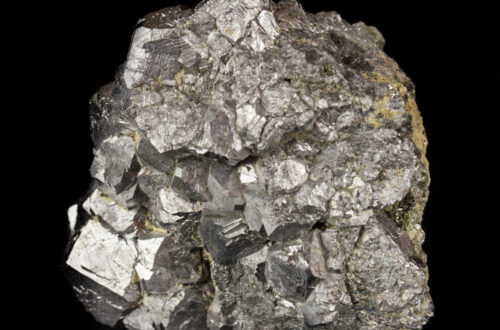 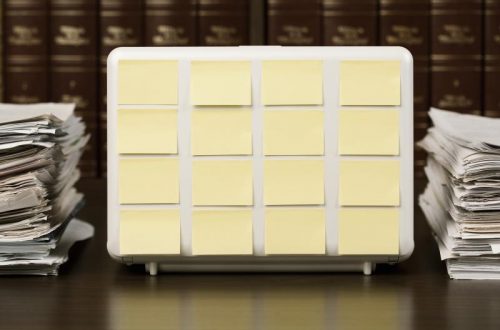 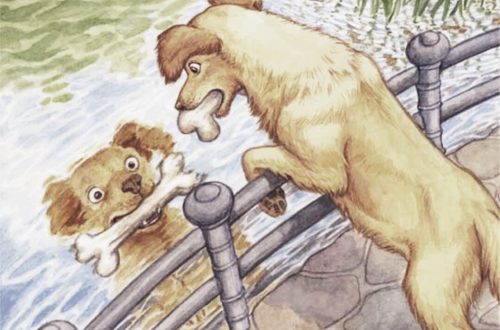