Everything about the subject of LGBT (lesbian/gay/bi-sexual/transgender) identity and sexuality is colored in some way by political correctness. PC thinking embraces all beliefs and positions (except orthodox Christianity), and seeks to validate any and all self-expression (as long as it differs from biblical morals). One of the most amazing demonstrations of PC thought is this video, in which a short Caucasian male asks students at the University of Washington how they would respond if he told them he was a 6’5″ Asian woman. The students were more committed to his right to be whatever he said he wanted to be, no matter how silly it sounded, than what was objectively true:

So much of PC thought in our culture today reminds me of the Hans Christian Andersen tale of a vain emperor who cares about nothing except wearing and showing off his luxurious clothes. He hires two weavers—two scammers—who promise him the finest, best suit of clothes made from a magic fabric that is invisible to anyone who is hopelessly stupid or unfit for his position.

Neither the emperor nor his ministers can see the fabric themselves, but they pretend that they can for fear of appearing unfit for their positions. Finally the weavers report that the suit is finished. They mime dressing him, and the emperor marches in procession before his subjects.

The townsfolk, who of course cannot see the (imaginary) fabric, play along with the pretense, not wanting to appear stupid or unfit for their positions. Then a child in the crowd, too young to understand what was going on, blurts out the truth for all to hear: “The emperor’s not wearing any clothes!” The townspeople try to hush him up, even though what he’s saying is the truth.

Political correctness is often about maintaining an illusion and hushing up the people who speak the truth. Those who speak out the truth, like the little boy, are shamed with the intention of silencing them. This certainly happens in the arena of sexuality and identity, where the illusion is that sex is the highest pleasure and the most important aspect of life, and everyone has a right to express their sexual feelings however they want.

In order to think rightly about political correctness, we need to know what’s really going on—what is fueling the illusion. (Which is why it’s so important to understand worldview!) Recently I was privileged to address a Christian high school chapel on this topic, and I told the students that they were born into a cultural brine that is shaping and pickling their thoughts about sexuality and identity, just like the college students on the video. They needed to know how our culture got to the place it is today so they have a chance to refuse the pickling process.

In 1989, Marshall Kirk and Hunter Madsen wrote a manifesto for normalizing homosexuality, After the Ball: How America Will Conquer Its Fear and Hatred of Gays in the 90s. Their very specific, very achievable goals now describe American culture. (Please note, the bolded words are Kirk and Madsen’s words, not mine):

1. Talk about gays and gayness as loudly and often as possible. This would desensitize people to the issue of homosexuality so it would become an always-present, no-big-deal aspect of American culture.
2. Portray gays as victims and not as aggressive challengers. Two main ways to achieve this: propagate the “born that way” mythology, and portray homosexuals as victims in an anti-gay society.
3. Give protectors a just cause. Fighting discrimination, or what is portrayed as discrimination, makes people feel good about themselves as they defend the underdog.
4. Make gays look good. Particularly in media such as TV and movies, make the gay characters as good-looking, charming, smart, witty and winsome as possible.
5. Make the victimizers look bad. Make the “anti-gays” look so nasty that average Americans will want to dissociate themselves from such types.

Every one of these goals has been attained, and this is the culture we now live in. In order to be aware of the PC thought that shapes how most people think, we need to be aware that the entire society has been manipulated.

What earned Probe Ministries a spot on the Southern Poverty Law Center’s list of hate groups is our website content about homosexuality, which agrees with the biblically orthodox position that same-gender sexual behavior, like every other violation of God’s intention for sex to be limited to the marriage bed of one man and one woman, is wrong. As my pastor says, “Truth sounds like hate to those who hate the truth.” There are so many cultural lies about God’s design for sex and identity that when we proclaim God’s truth in a culture that embraces lies, we get called hateful and discriminatory.

In order to think biblically, we need to know the difference between the culture’s lies (politically correct thought) and God’s truth:

CULTURE’S LIE: Who I am is a sexual being. Whether it’s a culture or an individual, when God is left out of the equation, sex is elevated to the #1 most important spot because it’s so powerful and a source of such intense pleasure (or can be). So people define themselves by their sexuality.
GOD’S TRUTH: Who I am is God’s beloved creation. Made in the image of God, created for intimacy and fellowship with Him, my worth proven by what the Son was willing to pay for me: His very life.

CULTURE’S LIE: Sex is a need and a right for everyone to experience. Many people believe it is on the same level of necessity as food, water and sleep.
GOD’S TRUTH: Sex is so powerful it is to be contained only within marriage between one man and one woman. The mingling of bodies and souls through sex is deeply spiritual as well as physical. God’s prohibitions against sex outside of marriage are His gift to us, meant for our protection from the painful consequences of sexual sin. They are like guard rails on a treacherous mountain road, intended to keep us from going off the cliff to pain and destruction.

CULTURE’S LIE: I create my own identity depending on what I feel. Untethered from a connection to God as Creator, people live out the sad, repeated description of Israel in the book of Judges, where “all the people did whatever seemed right in their own eyes.” (Judges 17:6, for one).
GOD’S TRUTH: My identity is who my Creator says I am. All of us exist because God wanted us and hand-crafted each of us (Psalm 139). Feelings are real but they’re not reliable. Jeremiah 17:9 instructs us on why our feelings can’t be trusted: “The heart is more deceitful than all else and is desperately sick; who can understand it?”

CULTURE’S LIE: Gender is whatever we want it to be. Biological sex has been separated from gender (how one feels about maleness and femaleness). (Personally, this strikes me as illegitimate as proclaiming that the white keys on a piano are bad and the black keys are good.) Facebook currently offers 58 choices of gender.
GOD’S TRUTH: God created man in His own image, in the image of God He created him; male and female He created them. (Gen. 1:27) The first words in the room when a baby is born are still, “It’s a girl!” or “It’s a boy!” Gender is still binary because God still creates male and female.

CULTURE’S LIE: I can create my own reality.

For example, recently a man abandoned his wife and seven children, announcing his chosen identity of a 6-year-old girl.

Another man, deciding his identity is a female dragon, cut off his ears and nose, dyed his eyes, and inserted horns in his forehead.

CULTURE’S LIE: “Born this way.” This lie has so much traction because it’s repeated so often people assume it to be true.
GOD’S TRUTH: No Evidence. There is actually no scientific evidence of a gay gene or any other determiner of same-sex attraction. Identical Twins Studies: In identical twins (who share the same DNA), when one identifies as gay or lesbian, the other one only identifies as gay or lesbian about 11% of the time. If homosexuality were a genetic issue, the correspondence would be 100%.

American culture continues to pump out the illusion—the fantasy, the myth—that sexuality is the most important thing about life and about us, and that sexual identity and expression is where life is found.

Beware: the emperor has no clothes! 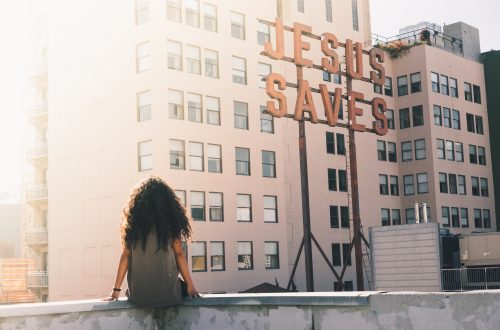 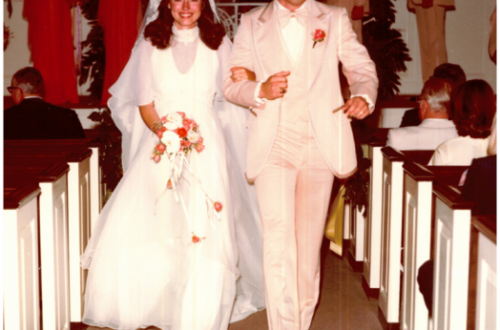 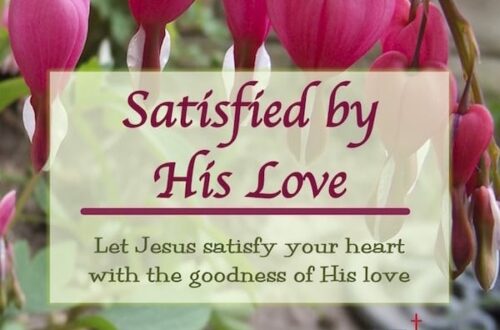 Satisfied by His Love