Romans 8:1–11 is part of the lectionary readings for the sixth Sunday after Pentecost, which is July 12th. In chapter 6, Paul explained that we are dead to the absolute control (though not the continuing influence) of sin.

Next, in chapter 7, the apostle clarified how, through our baptismal union with Christ, we have died to the Mosaic Law, which sin used to stir up evil within us. Then, in chapter 8, Paul explained how we can walk in newness of life. Because we are God’s children, we must not continue in our former relationship to sin.

Towards the end of chapter 7, Paul conveyed his distress over his paralysis to do that which pleased God (vv. 22–24). The apostle declared that relief was found in the Lord Jesus (v. 25). This sets the stage for Paul’s comments in chapter 8, where he described with elation how the grace of God delivered him from a wretched state of existence.

Because Christ is able to rescue those who are slaves to sin, there is no condemnation for them when they are baptismally united to Him in faith (v. 1). Instead of the punishment Paul expected and deserved, he received grace. That which he could not do for himself, Christ accomplished by His work on the cross.

The Spirit is mentioned no fewer than 19 times in Romans 8. Paul placed emphasis on this member of the Trinity because His role is pivotal to the spiritual life of the believer. The Spirit brings people to life through the “washing of rebirth” (Titus 3:5; a reference to baptism). He is also the controlling power in our lives so that we can overcome sin (Rom 8:2).

In verses 3–4, Paul commented on the inability of the Mosaic Law to produce righteousness within us due to the weakness of our sin nature. The apostle, in stating the preceding truth, was not undercutting or diminishing the value of the Law. On the contrary, he took seriously the high calling and expectations that God revealed through Moses. In fact, walking according the Spirit involves the fulfillment of the Law’s righteous expectations.

So, whereas the Law was holy and pointed people to God’s perfect moral standard, sin rendered the Law powerless by using it to provoke disobedience (7:7–13). Therefore, attaining righteousness by slavishly keeping the Law, though theoretically possible, was pragmatically impossible.

What the Law could not do (namely, provide righteousness for humanity), the Father did through the offering of the Son as payment for sin (8:3). By one act of obedience, the Messiah condemned sin (in order to crucify the old self) and made provision for righteousness (in order to empower the new self).

When a person becomes a Christian through the means of grace, a miraculous exchange occurs. The new believer’s sinfulness is transferred to the Son on the cross and His perfect righteousness is transferred to the new believer. By way of this exchange, the requirements of the Law are met in full. Jesus’ righteousness in the believer enables that person to consistently live according to the Spirit of God and no longer according to the sinful nature (v. 4).

Paul said that those who allow their lives to be dominated by the sinful nature anchor their thoughts and feelings on sinful things. In contrast, those who are controlled by the Spirit focus their mind and heart on what pleases God (v. 5).

The apostle emphasized the mind because that is where all sin is conceived. Before one engages in a sinful act, evil has been conceived in the mind. By contrast, those who live by the Spirit have their minds anchored on what He desires.

There is always a battle for control being waged between the old self and the regenerated (born-again) spirit. The mindset of the old self results in hostility to God and eventually ends in death. It will not and cannot acknowledge the Son’s lordship. In contrast, the mind controlled by the Spirit brings life and peace (vv. 6–7).

Paul elaborated on the sinful way of thinking (along with feeling and acting) by giving us two key characteristics: (1) this mindset is hostile to God; and, (2) it does not submit to God’s Law and cannot do so (v. 7). Individuals having such an orientation cannot even please God (v. 8).

Paul said that because the Son is in us, our spirits are alive, even though our mortal bodies are slowly dying because of sin (v. 10; see 6:23). Yet, despite our mortality, we have the hope of a physical resurrection (8:11).

Even now, while we can enjoy Jesus’ resurrection life through our victory over sin, in the future, we will have resurrected bodies just like Jesus’. The same Spirit who raised Jesus from the dead will also raise our bodies from the grave.

Paul said believers have a twofold obligation. First, we must refuse to live according to the desires of the flesh or sinful nature (v. 12). To do otherwise leads to eternal death (v. 13).

Second, by the Spirit’s power we are to consistently put to death the misdeeds of the body. The battle to reject the lure of sin is an ongoing process that eventually ends when Jesus returns.

Paul explained that those who are continually led by the Spirit are children of God (v. 14). Here we see that becoming like the Son is a lifelong, ongoing process.

Furthermore, belonging to God’s family carries many privileges and responsibilities. As children of God, we are called to live in a manner that reflects our new family relationship.

Contrary to the enslavement of sin that leads to fear, the believer has received the “Spirit of adoption” (v. 15). The Greek word rendered “adoption” virtually means “placing as a son.” This is significant, for in the Roman culture an adopted son enjoyed all the rights and privileges of a natural-born son (and lost all rights in regard to his biological family).

In essence, verse 15 says that the “Spirit you received brought about your adoption as God’s children.” So, we need not be fearful about approaching the Creator, but can boldly come to Him and say, “Abba, Father.” “Abba” is an Aramaic term of affection and intimacy—similar to the English word “daddy.”

Assurance of salvation comes from the Spirit’s connection with the spirit of believers (v. 16). The Spirit provides an inner sense that Christians truly belong to God. By virtue of the new birth and adoption, believers are called “God’s children” (John 1:12-13; 1 John 3:1-2).

Because of this new relationship with God, believers are also called “heirs of God” (Rom 8:17) and “co-heirs with Christ.” This means believers inherit every spiritual blessing in baptismal union with the Son (Eph 1:3). Then, upon entering glory, believers inherit all the eternal riches of God’s glorious kingdom (1 Cor 3:21–23).

In some popular movies, a zombie is a walking dead person. This creature can move about and attack people, but it is not alive.

In their fallen state, people are like spiritual zombies. By every natural indication, they appear to be alive. For example, they are able to think, breathe, and communicate just as any self-aware person would.

From God’s perspective, however, there is no spiritual life. The lost do not enjoy intimate fellowship with their Creator and they are completely oblivious to the His presence.

A radical change takes place when sinners trust in the Son. Through the means of grace, they experience new life.

The above means the Spirit graciously replaces a person’s fallen human nature with a new one. Their relationship with God is restored, their rebelliousness and unbelief are supplanted by obedience and dependence, and their hatred is exchanged for unconditional love.

The world might scoff at the idea of new life in baptismal union with Christ. Yet, believers know from God’s Word that this is a reality.

We should remember that lasting inner renewal cannot be purchased with money or earned by doing good deeds. The lost must be joined to Christ by faith in order to experience the new birth and the new life offered by the indwelling Spirit.

Ultimately, it is God’s grace—and only God’s grace—that restores us to righteousness when we have tarnished His holy name. We can experience the fullness of God’s grace this moment, especially His power to wash us clean in the waters of baptism from sin that has dimmed His reflection in our lives.

Beyond that, keep in the mind that the God we worship and serve is greater than we can ever conceive Him to be. He is both the Lord of the universe and our heavenly Father.

Through the presence of the Spirit, God is able to pick us up (so to speak) when we have fallen down and restore our lives when we feel overwhelmed in the midst of hardships. The Creator’s unlimited and unfathomable grace provides the resources we need to reclaim our run-down lives. Only He is powerful enough to do the job for us through His Spirit. 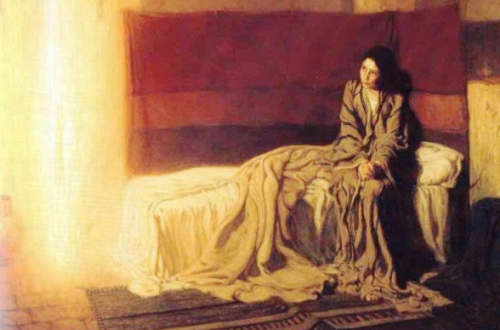 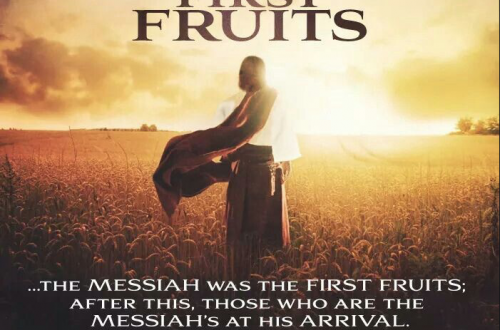