John 20:19–31 is the Gospel lectionary reading for the second Sunday of Easter, April 19. The focus is on the risen Lord appearing to His disciples.

Jesus first appeared to ten of His followers on the evening of Easter Sunday, with Thomas being the only person absent. (Judas Iscariot had already committed suicide.) Then, a week later, Jesus appeared again, and this time Thomas was present, along with the rest of the disciples.

Like the other Gospel writers, John concluded his account of Jesus’ life with His resurrection. Yet, John’s presentation shows us that Jesus’ resurrection was not only a decisive affirmation that He is God and Savior, but it also left an enduring impression on the people who loved Him and put their faith in Him.

For instance, John’s account of Jesus’ appearance to His disciples is preceded by the discovery of the empty tomb and the Savior’s appearance to Mary Magdalene. There were also other disciples who encountered the risen Lord (Luke 24:13–49).

John, however, skipped these incidents to relate the evening’s events, which he likewise witnessed. Many of Jesus’ disciples, including most of the apostles, had secretly convened to discuss the strange yet marvelous reports that their Lord had risen from the dead.

Nevertheless, since Jesus’ followers still feared the religious leaders, they bolted the doors (John 20:19). Considering how the civil and religious authorities had treated Jesus, the deep anxiety of His closest disciples was well founded.

In addition to dread, Jesus’ disciples suffered horrendous grief. After all, when the authorities arrested Jesus in the garden of Gethsemane, all His followers deserted Him and fled (Mark 14:27, 50).

Understandably, on the Sunday following Jesus’ crucifixion, His disciples were still in shock and mourning. Also, the festival of Unleavened Bread was still being observed, so they would not have left Jerusalem for Galilee.

Most likely, Jesus’ followers gathered in the upper room where they had previously met with Him. As the disciples talked, Jesus suddenly stood in their presence (John 20:19).

The preceding verse does not explain how Jesus could have entered the house when the doors were locked. Clearly, Jesus’ resurrected body had extraordinary powers and capabilities. In 1 Corinthians 15:35–44, Paul explained that the resurrection body is heavenly in origin and glorified in nature.

Jesus greeted His friends by exclaiming, “Peace be with you!” (John 20:19). Luke 24:37–38 mentions that Jesus’ appearance initially “terrified and frightened” His followers. So, even though Jesus’ greeting was a common Hebrew salutation, He probably said it to relieve the disciples’ fears at His sudden and unexpected appearance.

To demonstrate that His resurrected body was physically real, Jesus’ showed His disciples His nail-pierced hands and His spear-pierced side (John 20:20). Luke 24:39 adds that Jesus invited His disciples to touch Him to verify that He had flesh and bones and was neither a spirit nor a ghost.

Perhaps the disciples should have believed the reports about Jesus’ resurrection. Yet, because of the depth of their despair and sorrow, they needed to see actual evidence for themselves.

Also, the distress experienced by Jesus’ followers was so great that they needed strong assurance that He had risen from the dead. They could not deny Jesus’ scars when they saw them.

Once the disciples were convinced of Jesus’ identity and presence, His friends were overcome with joy (John 20:20). Like Mary Magdalene, the group traveled from the depths of despair to the pinnacle of happiness in a matter of seconds.

Again, Jesus addressed His disciples with a greeting of “peace” (v. 21). In doing so, the Savior was imparting to His followers calmness, self-composure, and freedom from terror. Moreover, Jesus wanted to strengthen their resolve to obey His commission and proclaim the message of redemption.

In the same way that the Father sent the Son to earth to fulfill His redemptive mission, so too Jesus dispatched His followers into the world to continue His ministry. This commission and the peace Jesus provided are also given today to believers (Matt 28:18–20; Luke 24:46–49; Acts 1:8).

Jesus not only gave His disciples a divine mandate to proclaim the gospel, but also empowered them with the Holy Spirit to do so. According to John 20:22, Jesus breathed on His followers and they received the Holy Spirit. This was likely an initial endowment of the Spirit, which was made complete 40 days later on the day of Pentecost (Acts 2:1-4).

Furthermore, Jesus addressed the heart of His commission to His disciples when He spoke about forgiveness (John 20:23). Jesus did not imply that certain Christians, or even the church, possessed the power to unilaterally determine the eternal future of people. What the Redeemer meant in this verse is that forgiveness formed the heart of the gospel message.

Jesus’ followers were to proclaim the good news about the Father’s love and absolution in His Son (3:16). Those who put their faith in the Messiah could be declared pardoned by His followers. In contrast, those who rejected Him could be pronounced unforgiven.

For some reason, as noted earlier, Thomas was absent when his peers saw the risen Lord, and so they told Thomas about it (20:24). This disciple, however, was obstinate. Whether it was an expression of his grief or his faith beginning to wane toward skepticism, Thomas demanded proof.

Thomas refused to believe the good news, no matter how many times his peers repeated it to him, that is, unless he could touch the wounds inflicted on the Lamb of God by the Roman soldiers (v. 25). The disbelief shown by Thomas is one proof that the resurrection appearances were not just visions arising from the wishful thinking of Jesus’ disciples.

A week later, while Thomas and the rest of the Eleven were assembled in the same place, he got his opportunity. The ever-living Lord again came through locked doors and issued a greeting of “peace” (v. 26).

Next, Jesus directly challenged Thomas’ doubting. If the disciple needed to touch the wounds of the suffering Servant to believe, now was the time to do so (v. 27).

Instead, Thomas immediately addressed Jesus as “Lord” (v. 28) and “God.” This is the first recorded instance in which anyone revered the Savior in this way.

It is remarkable that an ethnic, Torah-observing Jew would have uttered such a phrase, for Hebrew law harshly condemned anyone who elevated a mere human being to the status of deity. Yet, when Thomas came to believe that the Messiah rose from the dead, Thomas also came to realize that the Son is God.

Thomas was privileged to see and talk with the risen Lord. Few have had such a marvelous privilege. Because Thomas saw, he believed.

The good Shepherd commended the believers who had not seen Him, yet still placed their faith in Him (v. 29). In this statement, Jesus was praising future Christians as well. We love Him, even though we have not seen Him—yet.

The Evangelist made it clear why he wrote the Fourth Gospel. He could have described many other “miraculous signs” (v. 30) that he witnessed Jesus performing, which John did not place in his account of the Redeemer’s public ministry.

What John did write, however, was sufficient to convince readers that Jesus of Nazareth is the “Messiah” (v. 31) and the “Son of God,” and that by believing in Him they could have eternal life.

When people come to faith in the Son, and accept His death and resurrection for their sins, they can rightfully claim God’s forgiveness (1 John 1:9). Also, with the authority of God’s Word, we can assure new converts of the same wonderful truth.

On the Easter Sunday when Jesus rose from the dead, He did not reject His disciples because they were hiding in fear behind locked doors. Neither did He spurn them because their faith in Him was weak. Instead, He reassured them about the truth of His resurrection.

1. SURPRISED BY THE RISEN LORD. Contemplate the disciples’ encounters with the risen Lord, as recorded in John 20:19–23. Let your imagination help make the account more vivid with details such as a small dimly lit room, a door securely barred, and a gathering of despondent disciples.

2. REASSURED BY THE RISEN LORD. Consider the significance John’s account attaches to Jesus’ appearing. Realize that the Resurrection was not a mass hallucination. Nor was it merely a spiritually present Jesus, alive only in the disciples’ fading memories. Likewise, note that the Resurrection was not a fable concocted by Jesus’ followers, but an unexpected, real experience of the risen Lord in their presence.

3. COMMISSIONED AS THE RISEN LORD’S FOLLOWERS. Recognize that the Savior commissions His followers to continue His ministry of bringing God’s saving mercy to a hurting, fractured world. Reflect on areas where reconciliation is most needed in our community. Dialogue with fellow believers (whether in-person or electronically) about interpersonal relationships in our congregation and the need for mutual acceptance.

4. SUSTAINED BY THE HOLY SPIRIT. Jesus does not expect us to carry out His work by relying on our own strength or cleverness. When we received the promised Spirit, we were automatically empowered to do Jesus’ work. Our responsibility, then, is to step out in faith and fulfill the Great Commission. 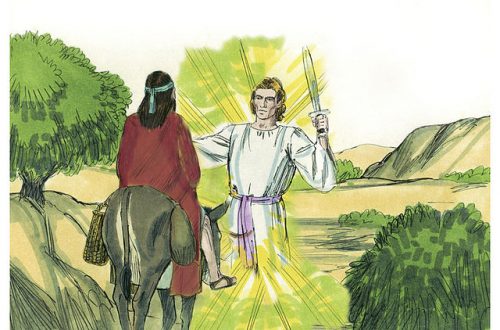 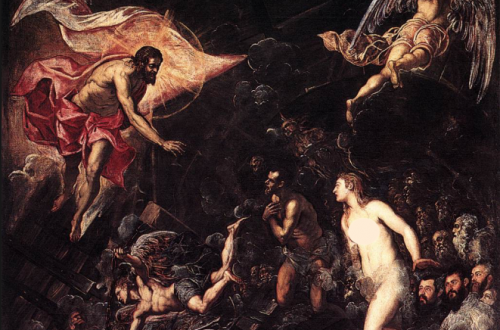 Part V: The Lord of the Scroll – The Re-Birth of the King! 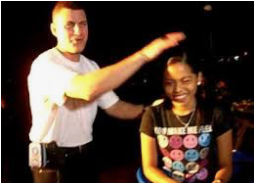