The candidate for the US presidency who has received the most enthusiastic support from evangelicals made the following comments, which were leaked recently from a 2005 conversation in which he was talking with a member of the media:

"I moved on her like a [vulgar use of term for female dog], and I could not get there, and she was married. And all the sudden I see her and she's got the big phony [vulgar word for breasts], she's totally changed her look."

"I'm automatically attracted to beautiful women — I just start kissing them, it's like a magnet. I don't even wait. And when you're a star, they let you do it. You can do anything… Grab 'em by the [vulgar term for female genitalia]."

Once the candidate’s words became public, the man who said them offered this: “I’ve said and done things I regret, and the words released today on this more-than-a-decade-old video are one of them.”

This post is not about whom you should vote for. And it is not about which candidate is more evil. It is about how Christians harm others when we minimize the seriousness of an offense and teach a faulty view of repentance and forgiveness. Again, this post is not about the election or how we should vote. Rather, I want us to focus only on apologies and forgiveness and reconciliation as well as minimizing sin. Because a lot of Christians responded with a lot of falsehood that contradicts the gospel in how they dealt with the publicity of the comments. And our doing so has injured people and brought shame to the name of Christ.

The initial response of some Christians to this news was to blame the liberal media, deflecting blame and minimizing the seriousness of the candidate’s actions. The media’s actions are irrelevant in a conversation about the candidate’s behavior. It does not represent Christ well to blame such revelations on “liberal media,” because doing so suggests we want the media to suppress what might damage a favorite candidate. And that is not what a person who believes Jesus is the truth should want. It is the job of media to bring truth to light. Members of the conservative media have released plenty of damaging information on the opposing candidate, and both arms of the media can do a service to our country by helping vet candidates, exposing darkness, even if some individuals who do so are motivated by partisanship.

Now then, saying, “That was 11 years ago” and “that was a long time ago” are completely inappropriate responses. The Bible teaches that mere time passed does not bring reconciliation. Bill Cosby is accused of multiple crimes against women, but I know of no believers who argue, “That was a long time ago.” In fact, ask anyone who has been the victim of non-consentual sexual actions, and you will hear that Time + Zero Sincere Apology + Zero Reconciliation ≠ Shalom.

What does repentance look like in this situation? It begins with saying to every victim, “I’m sorry that I spoke that way to/about you,” and/or  “I’m sorry that I assaulted you.” Period. Not “I’m sorry YOU were offended when I grabbed you.” And not “I’m sorry, BUT you were dressed provocatively.” No “Ifs” or “buts” should make their way into apologies, which are supposed to do the opposite of minimize sin. They must validate the truth about the injustice in the strongest terms. An apology must also leave out reference to others we consider bigger sinners: “Yes, I did it, but at least I’m not as bad as [insert name of person we consider a worse sinner].” Doing so attempts to redirect the focus elsewhere rather than allowing the spotlight of truth to shine on our own wrongdoing.

Additionally, a repentant person follows responsibility-taking words with actions that demonstrate sincerity. And the action must cost something that exceeds the benefit received from the sin. For example, “I’m sorry I violated you. Not only will I gladly pay for the counseling you surely need to help you work through the trauma, but I will make a donation to a rape crisis center that equals three times the amount of your counseling so others can get help too.”

When Christians say, “But he apologized, so forgive him,” they imply that mere words are enough. But apologies are hollow without evidence of sorrow over actions. A closer-to-the-truth response is, “Okay, time to find the victims and offer restitution.”

Many men who batter their wives apologize with weeping. But the next time they find their toast burned or their favorite shirt wrinkled, they batter again. Forgiveness is not the same as trust. A wife in such a situation may forgive, but that does not mean she trusts him until he has proven himself trustworthy. She sets boundaries to keep herself safe until he proves through actions, not just words, that he has changed. Otherwise she becomes complicit in his behavior.

The candidate whom evangelicals have outspokenly supported said of his lewd speech, “This was locker-room banter, a private conversation that took place many years ago. Bill Clinton has said far worse to me on the golf course . . . . I apologize if anyone was offended.” Three times during the presidential debate, he referred to his “locker-room banter.”

Calling his words “locker-room banter” normalizes it. It is not normal. Not even in locker rooms. Athletes took to social media this week to condemn the remarks in the strongest of terms and push back against the caricature as grossly inaccurate and demeaning.

The Republican National Committee chairman immediately issued a statement saying, "No woman should ever be described in these terms or talked about in this manner. Ever.” Meanwhile, many Christian leaders made statements like, “We are all sinners who all need Christ's forgiveness”

In many cases those who do not necessarily name Christ as Lord did a better job of calling sin what it is and validating victims’ pain than did those who should be doing so.

A rape victim wrote, “’It was ten years ago . .  . He apologized . . . He’s not a perfect man,’ All of which are deflections. All of which are truly insensitive to victims of sexual abuse and reflect again a rape culture that continually dismisses as petty the many and varied degradations we experience in the ramp up to and the stop just short of rape. Such degradations, coarsely bragged about among men or whispered breath-hot in our faces, are far more than locker room banter. And engagement in it is not harmless. It’s modus operandi for sexual predators. It’s what they do. It’s dialogue they deviantly engage in. And for them, pre-game, post-game, or game time, it is abusive. And it’s intended to be.”

Not only are we too quick to call for public forgiveness toward some who show no fruits of repentance, but we often do so only when it serves our ends. It is worth adding that while it is true that we all need Christ’s forgiveness, not once have I seen evangelicals apply this truth to someone who sent and received emails on a private server or who is accused of being complicit in the Benghazi fiasco. So I wonder: Do we pull the forgiveness card for gospel reasons or only political ones? If we are going to have any moral voice, we cannot call for rage against the other candidate’s sins while referencing the biblical mandate to forgive only when applied to our own candidate’s.

So to summarize, (1) We need to know how to apologize in our own dealings and in how we assess others’ behaviors; (2) we need to link appropriate apology with repentance, which involves making restitution; (3) and we need to distinguish between forgiveness and easy grace, and apply forgiveness consistently; (4) we must stand on the front lines of exposing and condemning sexual abuse in all its forms.

When we minimize such vulgar words and actions, we do the opposite of dignify women made in the image of God. When we refuse to speak out because our doing so might hurt our candidate, we allow our politics to overshadow the gospel. 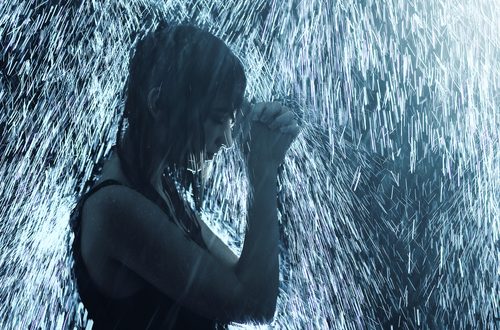