“It’s all gonna burn!” Many times I heard this exclamation in my early days as a Christian. Those who said it to me intended it as an interpretation of Jesus’s exhortation to avoid laying up treasures on earth, where things get stolen and destroyed (Matt 6:19). I imagine 2 Peter 3:10 also had some influence on such thinking about earth: “But the day of the Lord will come as unexpectedly as a thief. Then the heavens will pass away with a terrible noise, and the very elements themselves will disappear in fire, and the earth and everything on it will be found to deserve judgment” (NLT).

So people told me “It’s all gonna burn.” And I took away this message: Places and things don’t matter. Only spirituality matters. Consequently, I didn’t concern myself with the environment—the earth was going to be renewed anyway. And when the church where I married Gary sold the building to a group that taught the opposite of what we believed, I didn’t understand the sorrow expressed by fellow congregants. My rationale: “It’s just a building. The church is the people.” I cast my eyes heavenward at the mention of pilgrimage. And I pointed to cathedrals as spaces where greedy people had ripped off the poor when they could have used all that money to feed them. I also mocked the very suggestion that the bones of Paul or Peter could be legit—or even more foundationally, that matter mattered.

Through the years, I’ve come to learn that much of my thinking was rooted in the later Protestant Reformers—some of whom swung the pendulum too far. And I’ve come to see once again that sometimes falsehood is the truth stuffed with a lie. Because as it turned out, I was a functional Gnostic—elevating spirit over matter, disregarding that Jesus had dignified physicality by coming in the flesh, dying in the flesh, rising in the flesh, ascending in the flesh. Consequently, many of my beliefs did not actually align with scripture. Because matter does matter.

Humanity’s first mandate was to steward matter, to subdue and rule the earth—men and women partnering in leadership to care for that which God had entrusted to us.  And while it’s true that some people in the past abused power and sold tickets “out of purgatory” to finance cathedrals, it’s also true that in a pre-literate world, the cathedral was a non-reader’s theology book. In the same way our kids use cartoon Bibles, cathedrals and art-filled churches were visual Bibles for non-readers. Maybe someone who loved Jesus could not read Psalm 23, but he or she could see Jesus with a sheep slung over his shoulders in a stained-glass window and remember “The Lord is my shepherd….” Or a convert might forget the next line of the Apostle’s Creed and look up to the ceiling in the Siena baptistery for pictures to prompt “suffered under Pontius Pilate, was crucified, dead, and buried….”

In my mockery of pilgrimages, I had failed to see the incongruity that led me to eschew “Christian places” while celebrating American ones. I had walked the Freedom Trail in Boston, visited Mt. Vernon, climbed the steps of The Lincoln Memorial, toured Ford’s Theater, visited The Jefferson Memorial, and admired the halls and clocks in Monticello—to name a few. No, I had no problem making a pilgrimage to celebrate my American citizenship. But, as one evangelical friend asked, and I had agreed, “Why go to Israel? We’re going to live there in the future when it’s much improved anyway.”

Why go? Because Jesus walked there! Why go to Mars Hill? Because when we stand on it, we realize Paul’s view was of the Parthenon on the Acropolis as he said, “I see you are religious.”

Is there such a thing as holy ground? Consider the place where God told Moses to take off his shoes (Exo. 3:5). What about Mount Zion? Recall all the references to Zion in the psalms. Why did God provide so many instructions about the art for the Jerusalem temple? Why was there even a tabernacle. Or the place where Samuel stacked rocks to raise his “ebenezer” (1 Sam. 7:12). Why did the disciples hear, “Come see the placewhere his body lay?” (Mt. 28:6). Why did Peter and John go to the temple to pray (Acts 3:1)?

In the words of  Philip Pfatteicher, author of Liturgical Spirituality,“What makes a particular place holy is its association with revelation, insight, clarification, and epiphany.”

So just because we should not hoard material things, that does not mean we should disregard matter. If it has an association with revelation, insight, clarification and epiphany, it is worth stewarding, saving, curating, visiting, and valuing.

A return to our childhood home can remind us of “the joy of human love—brother, sister, parent child.” The church where we married can remind us of our sacred vows. The room where we often receive communion can remind us of the soul-searching and remembering that have been part of our spiritual journeys. Tucking a prayer in the Jerusalem Wailing Wall can connect us with those who have prayed and mourned and hoped through the centuries. A view of the Grand Canyon can make us gasp as we marvel at the awesomeness of the God who made all things for us to enjoy and entrusted humanity with a breath-taking task. 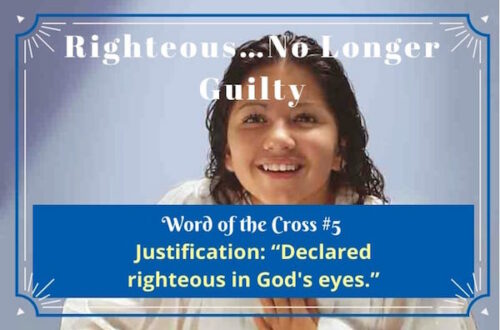 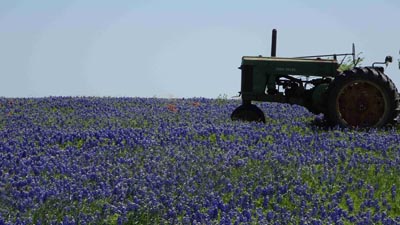