Ever wondered why Peter had a problem with pearls (1 Peter 3:3) and why both Peter and Paul took issue with braids? In 1 Timothy, Paul wrote, “I want women to adorn themselves with proper clothing, modestly and discreetly, not with braided hair and gold or pearls or costly garments, but rather by means of good works, as befits women making a claim to godliness” (1 Tim 2:9–10).

Let’s start with the pearls. Contemporary access to affordable costume jewelry and cubic zirconia combined with the matronly image of pearl-draped Barbara Bush make it difficult for us to imagine what a strong class statement a first-century woman made when she publicly displayed her dowry’s worth of oyster products. But pearls were the first-century woman’s diamonds, and they were all real.

Pulitzer-winning biographer Stacy Schiff in her new and impressive biography, Cleopatra: A Life, tells how Caesar once gifted a mistress with a pearl worth the cumulative annual wages of 1,200 professional soldiers. The cover of Schiff’s book features Cleopatra’s dark Greek hair—she was, after all, a Ptolemy, not an Egyptian—studded with pearls. The fact that Ephesus (where Timothy was when Paul’s letter arrived—see 1 Tim. 1:3) was a city on the Aegean coast means it probably had a particularly healthy trade in sea-jewels.

And then there are braids. When we think about first-century women in Europe and Asia Minor sporting them, images of the Amish and perhaps even Pippi Longstocking or Dorothy of Oz cloud our imaginations. We might choose words such as “childish” and even “ultra-conservative” to describe women with braids, based on what such adornment might mean for straight-haired women in our culture. But imagine a head of fine locks wrapped in intricate creations that required slave labor and leisure time (a luxury) to get it “done” every few days. To maintain such a style meant a woman belonged to the ruling or upper class, with the accompanying benefits of power and rank. That is, braids were symbols of rank as much as wealth.

While we’re tackling the list, let’s add apparel. Women in Ephesus were probably particularly clothes-conscious. The Ephesian agora was loaded with exquisite silk and wool in a rainbow of colors. The temple of Artemis in their city was one of the Seven Wonders of the Ancient World, and the goddess’s statue was probably kept clothed in dazzling fabrics, thanks to Homer. He wrote that when Artemis sat on her father’s lap seeking comfort, she was “dressed in immortal garments.”

So Paul objected to materialism and sexually provocative apparel. But it appears he had an additional consideration in mind when discussing pearls, braids, and elaborate clothes. These were also emblems of power. And you don’t wear your symbols of power in a place where Jew, Gentile, male, female, slave and free worship together. If you’re godly, you’re discreet about class.

My source for the semiotic findings is Kelly Olson’s 2008 illustrated monograph, Dress and the Roman Woman: Self-Presentation and Society. The book does not deal with the biblical texts—I’ve extrapolated from Olson’s conclusions. But she’s given us the fullest and most recent information in English on the subject of Roman women’s apparel, supported with evidence from sculptures, inscriptions, coins, everyday ware—even wig fragments. And the ramifications for understanding biblical backgrounds are significant.

Olson demonstrates that when the average Roman woman in antiquity stepped outside her home, her apparel and hairstyle sent visual signals to all who saw her about her rank (citizen, freeborn, slave), her marital status, in some cases her age, and even her moral status. Then and there, even more than here and now, dress meant representation.

As Paul and Peter suggest, our hair, jewelry, and clothing do reveal who and Whose we are. Does your style say you’re approachable or intimidating, proud or humble, discreet or ostentatious, provocative or pure? 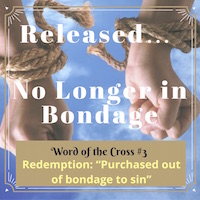 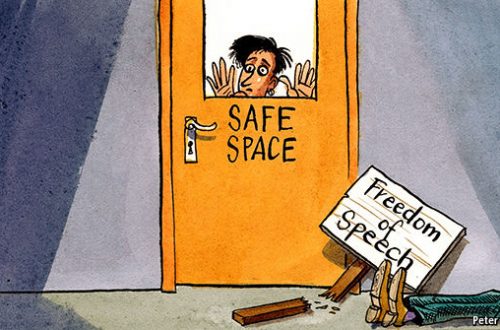